Raj Nair Out at Ford After Admitting to Inappropriate Behavior 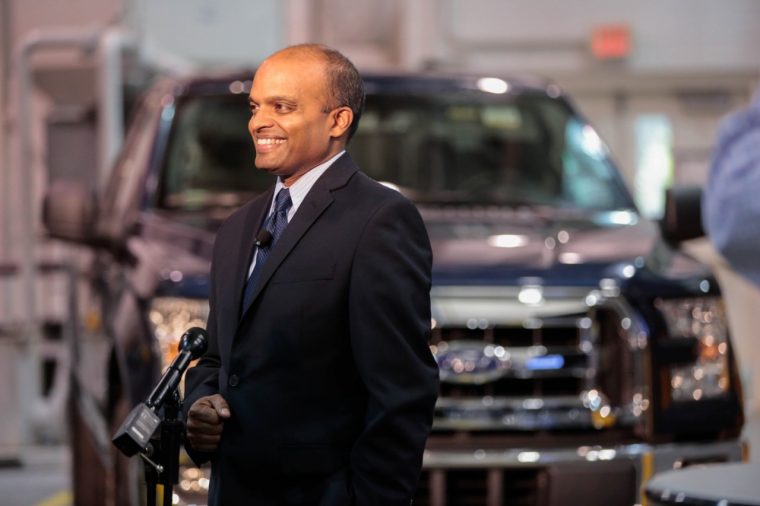 “We made this decision after a thorough review and careful consideration,” said Ford President and CEO Jim Hackett. “Ford is deeply committed to providing and nurturing a safe and respectful culture and we expect our leaders to fully uphold these values.”

In the letter, Hackett wrote, “[T]here is absolutely no room for harassment at Ford Motor Company.  We don’t want you here, and we will move you out for engaging in any behavior like this. Our promise is there will be no retaliation against anyone who speaks up, and no one is above the rules, no matter where they are in the hierarchy. This is absolute. We have zero tolerance for any behavior like this, and we will stamp it out together.”

Nair admitted to “instances where I have not exhibited leadership behaviors consistent with the principles that the Company and I have always espoused.” Ford disclosed neither the nature nor the circumstances of Nair’s behavior. A successor for his position was not immediately named; Ford said that a replacement “will be subject to an announcement in the near future.”

Nair is perhaps the most prominent figure in the automotive industry to come under fire for inappropriate conduct since the #MeToo and #TimesUp movements began to garner public visibility and support.

Sexual harassment and similar issues appear to be exceedingly prevalent in an industry that has worked to shake the stigma of being a boy’s club. A survey of 900 women conducted by Automotive News, entitled “Project XX,” found that those working in the automotive industry reported being subjected to unwanted advances with more frequency than women working in advertising, market research, and in Silicon Valley. Twenty-five percent of respondents said that they had been made to feel unsafe at work by a male co-worker, and 55% said that they received inappropriate comments regarding their appearance.

“I was once told I should change my clothes (I was in a dress my mother bought me) before I made a presentation because the participants would be too busy thinking about what was under the dress than what I have to say,” said one respondent.

“Something has got to change,” another woman said. “I’m tired of fighting every day.”