Report: Buick to Drop Verano in Favor of Crossovers 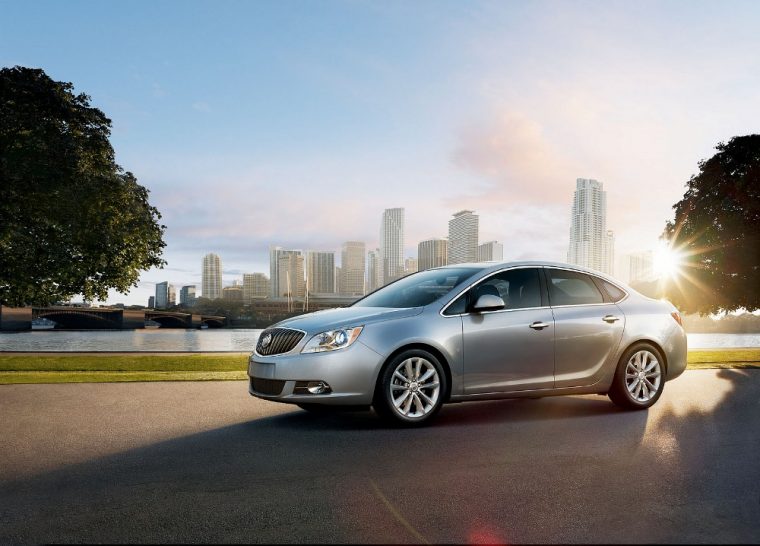 If you’ve been dreaming about owning a Buick Verano, your window of opportunity might be closing
Photo: © General Motors

While the Buick Regal compact sedan has long been the most affordable option in the American luxury brand’s lineup, the growing demand for crossovers and SUVs could push the small car out of Buick’s lineup altogether.

Did You Know? The expanded GMC Military Discount covers 21 million US military personal

Automotive News reports that Buick plans to phase out the Verano after the 2017 model year. That information reportedly came from sources that are familiar with upcoming plans from General Motors. If this report is correct, it means the second-generation Verano that recently premiered in China will not be making its way to the United States.

The decision to pull the plug on the Verano was based on strong sales of Buick crossover vehicles. The Encore subcompact crossover accounted for 67,549 units moved in the United States last year, while the Enclave accounted for 62,081 vehicles sold. In contrast, Buick only sold approximately 32,000 Verano models and the company expects that many of those buyers will opt instead for the new Envision compact crossover.

The 2016 Buick Envision is available in two trims: Premium I and Premium II, which have been priced at $42,995 and $45,635, respectively. The 2016 Envision comes standard with leather upholstery, a Bose premium audio system, and a heated steering wheel. Buick has already announced the 2017 Envision will offer three additional trim levels, which will boast an additional engine option.

In 2015, the Enclave and Encore were responsible for approximately 60% of the vehicles that Buick moved in the US. With the addition of the Envision, Buick expects that crossover vehicles will account for 70% of its US sales this year.

Buick’s Best Selling Vehicle: Find out why everyone loves the new Encore