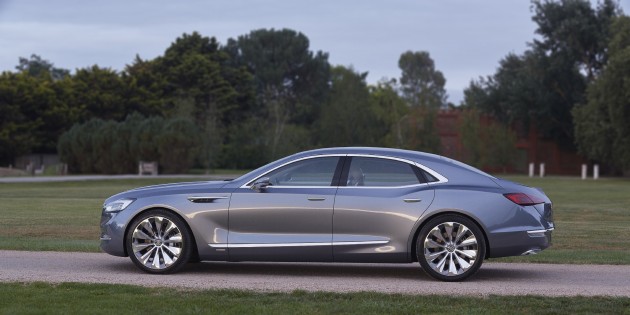 During the 2015 New York International Auto Show, Mark Reuss told Autoblog that General Motors is looking into following up on the overwhelmingly positive response to the Buick Avenir Concept and cranking out a production version. Today, another source confirmed that Reuss…basically told them the same thing.

According to Automotive News, Reuss took the baby-steps necessary to go from saying that GM is “absolutely…looking at” making a flagship based on the Avenir to saying that GM is “working on” making a Buick based upon the Buick platform. As far as when a RWD Buick flagship sedan can be expected? Reuss merely offered a nebulous “not yet.”

Related: The Avenir Concept – Interior Design Fit for a King

As far as whether a Buick flagship would conflict with sales of the Cadillac CT6 in major markets, there’s one particular country that seems to have pledged its unflinching allegiance to the Buick brand: China. Sales of Buick vehicles outnumber sales of Cadillacs in China at a clip of nearly 13-to-1.

Introducing a large, long-wheelbase RWD luxury sedan under the Buick badge in China may well be the smartest business move, but Reuss was quick to toss in the idea that a Chinese flagship model might not necessarily share the same platform as the CT6.

“Whether it would be an identical version of that platform or not is a different conversation,” Reuss said. “But generally speaking, that’s right. We’re looking at it.”

Mark Reuss: a person who looks at things.