See the 2016 Nissan Titan XD in Los Angeles This Weekend 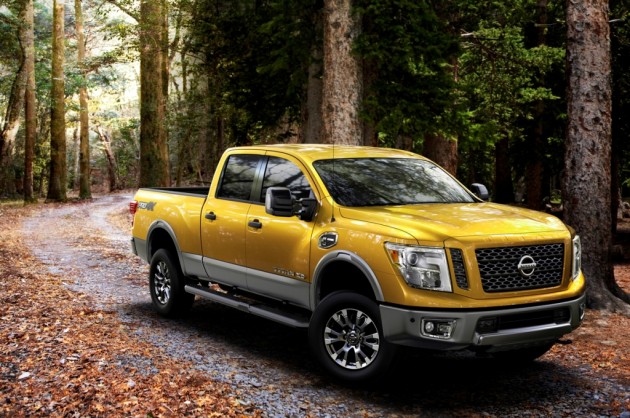 Just yesterday, Nissan revealed the completely redesigned 2016 Nissan Titan XD to the world in frigid Detroit, Michigan, at the North American International Auto Show. Most people who live in Los Angeles would understandably not want to travel all the way to Detroit in the middle of January for any reason whatsoever, so Nissan will be bringing the all-new diesel Titan to the City of Angels this weekend in three public showings. Hell, if you’re in Detroit and want to see the new Titan but also want to be warm, here’s your ticket.

Here’s the truck’s itinerary, according to the Nissan press release:

So, there you have it. If you live in So-Cal and want to see the 2016 Nissan Titan in the metal, head to one of these locations this weekend and save yourselves an expensive plane ticket to one of the least appealing winter destinations in the United States. That’s money you can now spend on diesel to fuel your future Titan.