As part of this partnership, Subaru has donated a number of Outbacks to be used at four different national parks. The automaker also promoted a “fee-free” day at the parks, which was held on National Public Lands Day. 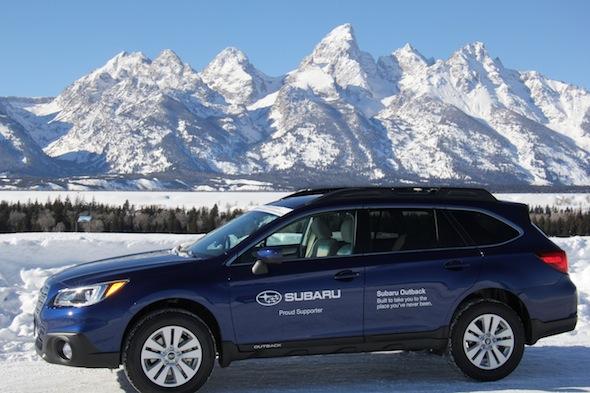 Further, Subaru is encouraging its dealerships to volunteer at national parks in their local communities, as part of the “Subaru Loves the Earth” initiative. Volunteers are crucial in keeping our nation’s parks operating and protected.

Finally, Subaru will be supporting the National Park Foundation’s Find Your Park campaign in 2016. The campaign is meant to shed light on the wonders that lie in national parks for the American public and seeks to help people connect personally to parks across the country.

“Subaru is proud to be a premier partner of the National Park Service Centennial celebration and play a role in celebrating the milestone of such a worthy organization,” said Thomas J. Doll, president and chief operating officer at Subaru of America. “At Subaru, we are dedicated to making a positive impact on the world and preserving our environment and we want to help ensure that the national parks are around for at least another hundred years.”