Take a Look at the Nissan LEAF NISMO 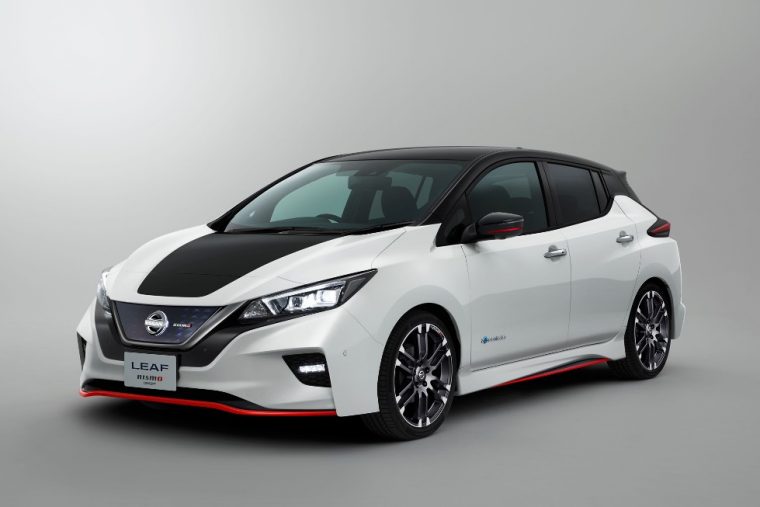 The latest generation of the Nissan LEAF was revealed in September and has reportedly entered production in Tennessee. It lives up to so many expectations for a redesigned EV from the Japanese brand and consumers are waiting for their chance to take it for a test drive. To heighten the anticipation for the new Nissan LEAF just a little bit more, a new LEAF concept was unveiled at the Tokyo Motor Show.

What’s On Showroom Floors Now? Check out the 2017 Nissan lineup

Called the Nissan LEAF NISMO concept, it shares many of the same features the new standard LEAF has, like an e-Pedal to control speed and Nissan’s ProPILOT single-lane autonomous driving. Its ProPILOT Park controls the steering, brakes, accelerator, steering, shift change, and parking brake to maneuver into tight spaces, a first for a Japanese automaker.

The NISMO concept takes all of the technology and the sleek new design of the 2018 model and makes it just a little sportier. This includes enhanced aerodynamic performance, less lift, and black and red highlights for the exterior as well as a black interior with red stitching on the inside. Under the hood, a sport-tuned suspension, performance tires, and a new computer mean that the LEAF can take off faster than ever and give EV drivers more of the sports car handling that they crave.

Buy Or Lease? Take a look at all the options

The Nissan LEAF NISMO is one of the concept vehicles on display in Tokyo that could possibly head to production. In the past, the Nissan LEAF has had the NISMO performance treatment, but the vehicle was not on sale in the United States. If anyone at Nissan is reading this, we really would like a sport version of the Nissan LEAF. We’ll add it to our Christmas lists and see if Santa brings an announcement in the sleigh.