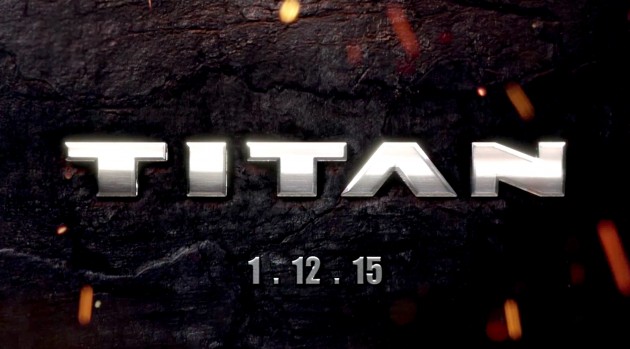 A screencap from the teaser video for the 2016 Nissan Titan

What can one say about the 35-second teaser video for the 2016 Nissan Titan? Well, not much. It’s definitely quick and to the point, which belies the road Nissan has taken to get to the point where the next-gen Titan is ready to roll, but it nonetheless serves as a nice little means of building up excitement for its 2015 North American International Auto Show debut.

A long time in the works, the 2016 Titan is truly the product of a nationwide effort: the truck was designed in California, engineered in Michigan, tested in Arizona, and will be assembled at the Canton Plant in Mississippi, and will be powered by a Cummins turbodiesel engine assembled in Indiana.

With the positioning of the 2015 NAIAS spotlight and the renewed desire for diesel-powered full-size pickup trucks (which may wind up being hampered slightly be continued decreases in the price of gasoline), the 2016 Titan stands to make a big impression ahead of its expected 2015 debut.