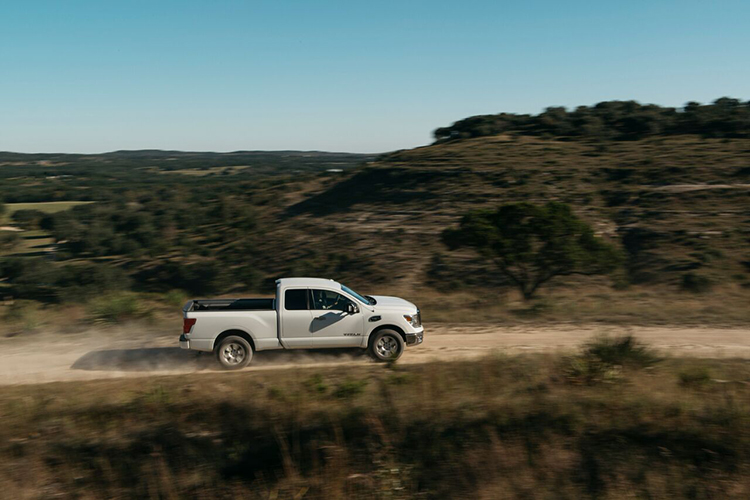 Members of the Texas Auto Writers Association (TAWA) agree that the Nissan Titan is a quality vehicle, worthy of several awards.

“For the third year in a row, TAWA journalists have recognized the new TITAN’s tremendous value that sets the benchmark,” said Nic Phillips, president of TAWA. “The standard V8 engine and longest bumper-to-bumper warranty adds up to a package that should be on every Texan’s short list.”

Drivers have the choice of five trims for the Nissan Titan Crew Cab—S, SV, PRO-4X, SL, and Platinum Reserve, while two trims—S and SV—are offered in the Single Cab model. In the King Cab option, drivers can choose from three trims—S, SV, and PRO-4X.

A 390-horsepower 5.6-liter Endurance® V8 engine, which is mated to a seven speed automatic transmission, comes standard on the Titan King Cab models.

Also at standout at the rodeo was the Nissan Rogue, which took home the title of “Compact SUV of Texas.”

“We’re honored to have the Nissan Rogue compact SUV and TITAN pickups recognized by the truck and SUV experts of the Texas Auto Writers Association,” said Billy Hayes, division vice president, LCV and Trucks, Nissan North America, Inc. “The Rodeo is a very unique event that allows journalists to test many vehicles back-to-back in a way they would not have been able to otherwise. It makes the honor even greater knowing our products rose to the top. Thanks to the members of TAWA for all of their hard work on this event.”