The 1987 Buick Grand National GNX is a Performance Car Classic 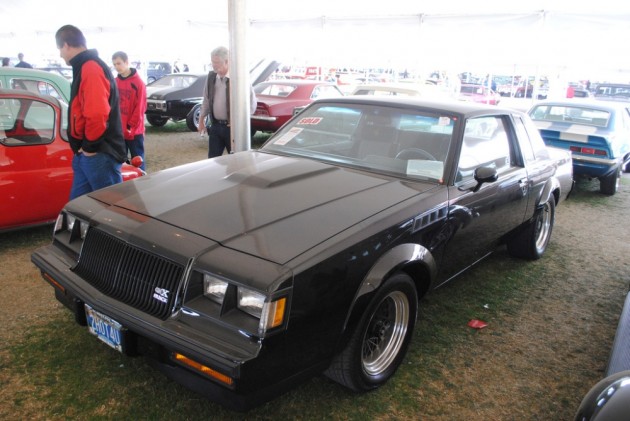 Only 547 Grand National GNXs were ever produced
Photo: Jimmy Smith

The 1987 Buick Grand National GNX might have looked similar to the basic Buick Regal model, but looks can definitely be deceiving, as this Buick could embarrass many other performance cars of its era at the drag strip.

Equipped with a 3.8-liter turbocharged and intercooled V6 engine, the 1987 Buick Grand National GNX could rocket from 0 to 60 mph in only 4.7 seconds and featured 276 horsepower, as well as 360 lb-ft of torque.

Only 547 GNXs were ever produced and some of those were purchased by the FBI.

Buick agreed to team up with McLaren Engines at the 1985 Indy 500 in order to produce the 1987 Grand National GNX. This Buick featured an upgraded chassis to support the GNX’s superior performance and also came with a top speed of 124 mph.

The GNX was able to beat the regular Grand National’s 0-to 60 time by more than a second. If you’ve had the chance to sit in one of these classic machines, then you know it’s definitely a treat to feel the GNX’s turbo power take over the equipment as you cruise down the highway.

One of the coolest features of this two-door sedan was its not-so-vast amount of exterior color options; the GNX only came in black.

If you happen to see a 1987 Grand National GNX at a local car show, then taken a minute to give it a look. The rear-wheel drive GNX was a truly unique performance car that is hard to match, especially when it comes to its rare combination of both power and elegance.

Video: Check out the GNX in action

2016 Buick Models: Check out this exclusive preview of the 2016 Buick Encore Sport Touring