Tony Stewart to Retire from NASCAR in 2016 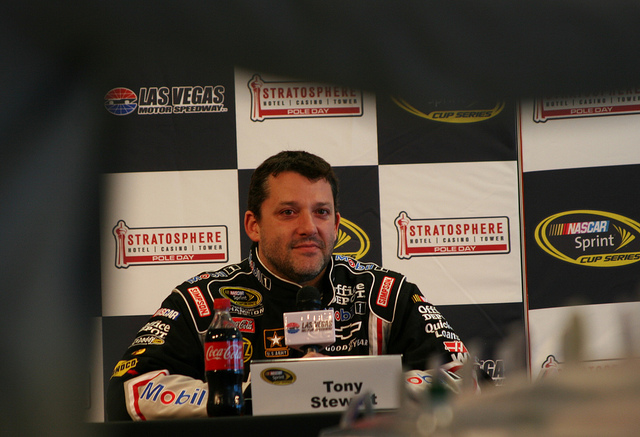 NASCAR races are about to get a lot less interesting. Tony Stewart, racing legend and somewhat notorious hothead, announced today that he is planning on leaving NASCAR as a driver in the Sprint Cup Series after the 2016 season. Clint Bowyer, who has been let without a ride after Michael Waltrip Racing announced they will cease operations in 2015, will take the reins of the Number 14 Chevrolet starting in 2017.

Tony Stewart is one of the best stock car racers in his generation, winning the NASCAR Sprint Cup in 2002, 2005, and 2011. In 2008, Stewart left his original racing team to start his own, Stewart-Haas Racing, and has won several owner’s titles since then. Besides NASCAR, Tony Stewart has also driven sprint, USAC, midget, and Indy cars, and is the owner of Eldora Speedway, a legendary dirt track in Ohio.

While certainly a prolific driver, Tony Stewart is also notorious for losing his cool after on-track incidents. After a collision with Matt Kenseth’s car took him out of the race at Bristol Motor Speedway, Stewart hurled his helmet at Kenseth as he drove through pit road. His post-race interviews are also known for being blunt and honest, especially if he is unhappy with the race results.

Wherever the road takes you, Tony, we wish you well. Just remember, in the real world, cars turn right as well as left.