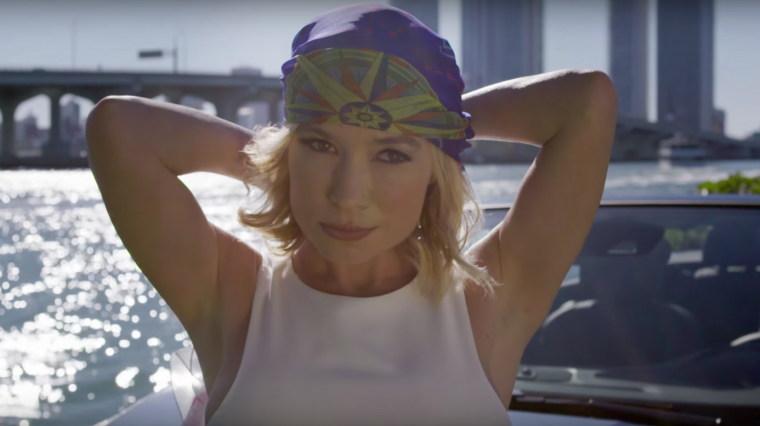 The 2016 Buick Cascada convertible has already been plugged by Unbreakable Kimmy Schmidt star Ellie Kemper and featured in one of those “That’s not a Buick!” ads, but now it has the weight of Tracy Anderson’s endorsement behind it.

Tracy Anderson is a fitness trainer and author, whose clients include celebrities such as Gwyneth Paltrow, Jennifer Lopez, and even a few women that Ben Affleck hasn’t dated—such as Columbian pop singer Shakira, whose legendarily honest hips can attest to the effectiveness of Anderson’s health and wellness advice.

Then again, Anderson has also made the claim that women should never lift something that weighs more than three pounds, which seems patently absurd. So go ahead and take these tips with a grain of salt (but not too much, lest Anderson scold you for your high sodium intake).

In the video, Tracy Anderson talks about the working out in order to get one’s mind and body “summer-ready,” a holistic process which involves everything from diet to fashion.

Anderson’s summer guide is composed of five tips, beginning with the use of scarves when riding in a convertible. Anderson likes to wear one scarf around her neck, and one over her head, which looks like a Hulk Hogan bandana.

Tip number two is adding manuka honey to your water to fight acne and wrinkles, leaving your skin smooth, unblemished, and ready for tanning. The third tip is replacing one meal with a smoothie, which she makes out of frozen figs, apricots, blueberries, mangoes, cantaloupe, and bananas, combined with greens, vanilla protein powder, and water in a vitamix. Tip number four is to exercise and “keep it sweaty,” so be sure to sweat when you exercise, if you’re not already doing that. Oh, and she also recommends listening to music that you like, so stop blaring music you hate on your Cascada’s stereo and start listening to songs that you actually enjoy.

Tracy Anderson says she’s laid out some of her favorite “Summer Songs,” but I don’t see a playlist anywhere, so I’ll just tell you what beach-themed hits I listen to when I go to the shore:

“The Other Side of Summer”—Elvis Costello

End of playlist. I can never bear to stay at the beach for longer than seven minutes, because I’m fair-haired and I tend to burn.