It’s possible that you’ve recently heard Train’s “Cadillac, Cadillac” single, which has just started to receive some play time on Top 40 radio stations across the country. (Listen to it now.) It certainly solidifies Train’s new sound as more of a pop band (think Maroon 5) than a rock band (think Goo Goo Dolls), which fans of the band in the 1990s might not necessarily be too thrilled about. Regardless of whether the song will be popular with Train traditionalists (or me), it likely will be popular at Cadillac headquarters with Johan de Nysschen and the whole gang. 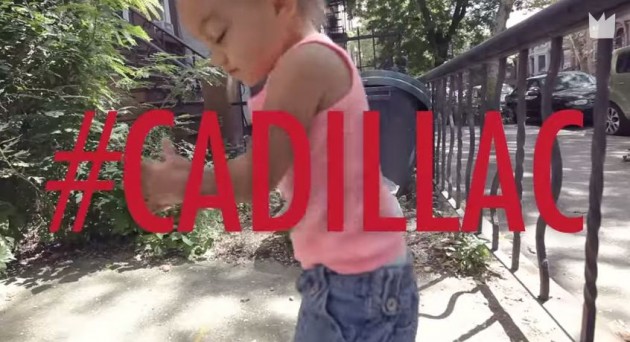 As de Nysschen works to rebuild Cadillac into a true luxury automaker that can compete with the German big boys, he’s going to need all the attention he can get. And hey, what’s better than free attention?

This isn’t the first time that Cadillac has been called upon in song. Springsteen fans will probably remember “Pink Cadillac,” but more recently, pop stars, country singers, and rappers alike have been praising the brand, perhaps in a display of loyalty to American products. Macklemore praised the feeling of riding in his own Caddy in “White Walls;” Lorde invoked the brand in her hit song, “Royals;” and even Carrie Underwood jumped on the Cadillac bandwagon with “Two Black Cadillacs,” which will be made into a TV “event series.” Train’s “Cadillac, Cadillac” is the latest to join the list.

The song does speak to the value of a Cadillac. When the singer, Pat Monahan, can’t win the girl he is after, his one line to make her regret her choice is, “Call yourself a cab. Watch my Cadillac disappear.” Essentially, he’s saying, “You’re missing out, baby, because daddy’s got himself a Cadillac.” You know, only in a far less creepy way.

Check out Train’s “Cadillac, Cadillac” below: