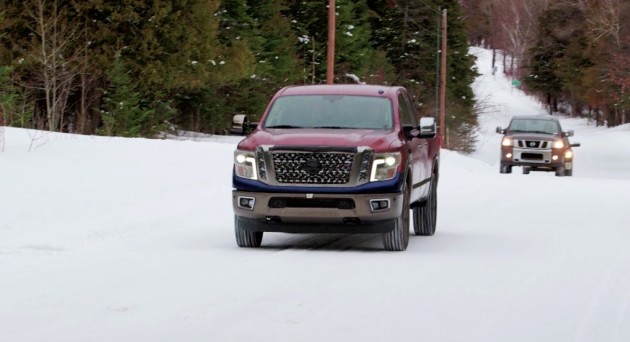 Nissan’s “Truckumentary” on the development of the 2016 Titan has turned out to be an interesting one, and in the fifth episode Nissan takes the truck to Colorado, Michigan, and Alaska to see how it performs in the cold. Some automakers do their cold weather testing in a warehouse somewhere that simulates freezing temperatures and blowing snow, but since people will actually be driving these on roads, outside, Nissan tests as such. Watch the fifth episode below:

In Durango, Colorado, Fairbanks, Alaska, and Michigan’s Upper Peninsula, it’s almost a necessity to drive a truck in the winter. Nissan took its newest truck to these locations to test how its design performs when the truck is driven around on snowy roads all day. Like all cars, the Titan accumulates that nasty, dirty road snow in several places after it’s been stirred up by the wheels, and the engineers look to see if this causes a problem under normal use. They also check to see if any snow is getting stuck under the hood or in places it shouldn’t be. 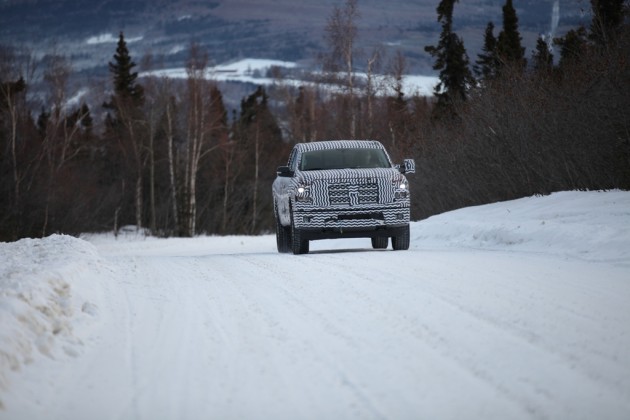 Perhaps the most important test they did, however, was the cold start. It’s important that you’ll be able to start the truck in cold weather, especially for diesels. Once it’s running, it’s equally important to get the driver warm as quickly as possible.

As a nice little punch in the face to Toyota, they find a Corolla stuck in the snow on the side of the road and use the prototype Titan to pull it out. Take that, Toyota.