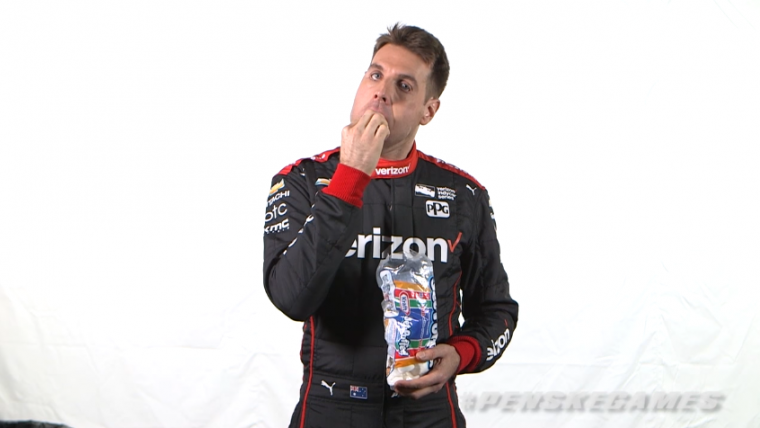 There are no words for how gross this game is

In case you were not aware, it’s racing season again here in the United States. To celebrate, Team Penske has decided to play something called the “Penske Games.” Seven drivers from NASCAR and IndyCar , including French IndyCar driver Simon Pagenaud, Australian IndyCar driver Will Power, and Brazilian NASCAR driver Helio Castroneves, participate in different games and tasks to earn points. This sounds simple enough, until we tell you that the games are usually those aimed at young children.

In the first challenge, the drivers were tasked with building a Lego racecar as fast as possible. That was not too terrible, but in the latest challenge the drivers were forced to play Chubby Bunny. If you do not know about that game, please put any food or drinks down as we explain it to you. Participants have to put marshmallows in their mouth one-by-one, and after each one say “chubby bunny” because that’s what a player’s face starts to look like. You keep adding marshmallows until you either cannot talk anymore or you start to gag.

The game was pretty gross, and we have to give Joey Legano a high-five for hearing what the challenge was and then immediately refusing to participate. The rest of the Team Penske drivers proceeded to stuff their faces with puffy white marshmallows. We think that Josef Newgarden of IndyCar said it best when he commented, “This is degrading.”

If you care, Will Power and Helio Castroneves tied for first with 10 marshmallows in their mouth, followed by Simon Pagenaud and Josef Newgarden with eight. Check out the video below to see the whole gross display for yourself.