Opel is discontinuing its version of the car, and Buick is expected to follow suit 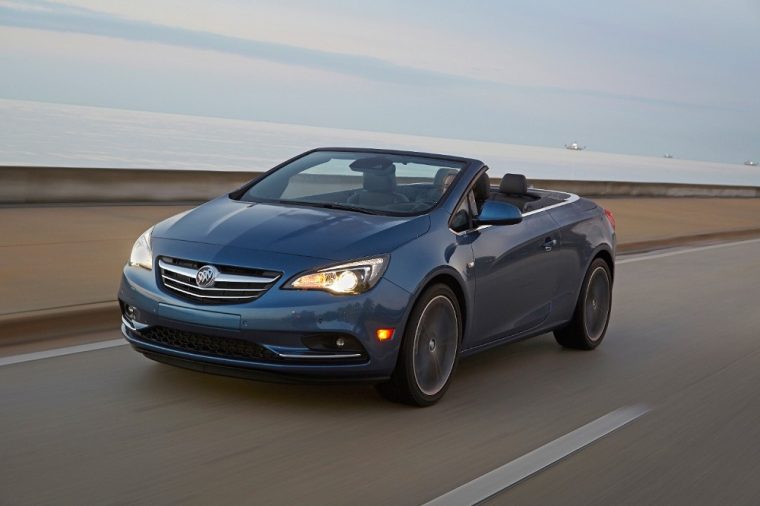 Opel will stop making its Cascada model next year. That means Buick’s version of the compact convertible probably won’t survive much longer either.

The Buick Cascada is a re-badged edition of the Opel Cascada — a carryover from when General Motors owned Opel. Both models are made at the same assembly plant in Poland, so it’s unlikely that Buick would continue to have the Cascada manufactured and imported after the Opel discontinues its own version. Opel has already phased out the Cascada offered by its British brand Vauxhall.

The German auto brand says it’s phasing out the Cascada so it can concentrate more on “high volume segments” — in other words, crossovers and SUVs. Buick is likely to follow suit, especially since its top sellers are already the Encore compact SUV and the Enclave mid-size SUV.

Even without the increased popularity of crossovers, the four-seat non-luxury convertible niche was a tough one for the Cascada to fill. It’s the lowest-selling Buick model by far. Over the first three quarters of 2018, the brand sold just 3,393 Cascadas — a 25% drop from the not-exactly-impressive 4,525 sold over the same period in 2017.

The looming demise and slow sales of the Buick Cascada do hold some good news for customers interested in taking one home. This month, Buick has been offering a hefty incentive for 2018 Cascada buyers: 20% below MSRP with financing through GM Financial. For example, Buick says customers can get $7,477 off the regular price of a 2018 Cascada Premium.