What Kind of Cars are the Cars from “Cars”? 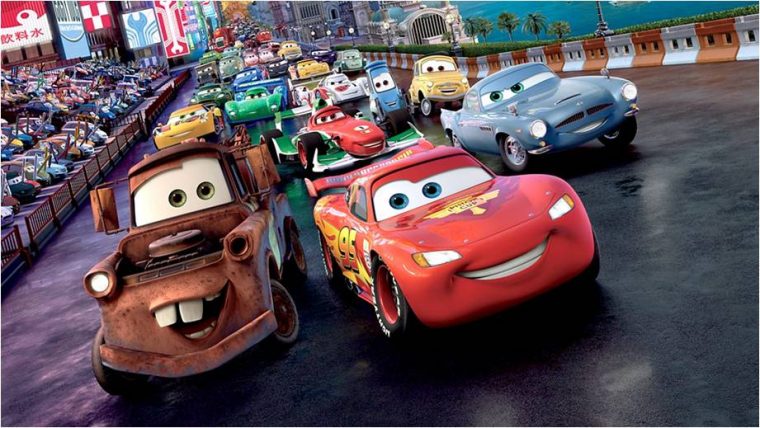 A motorcade of movie stars, who all happen to be cars

Earlier this year, Disney and Pixar released the final entry in the Cars trilogy, the aptly-named Cars 3. While the Cars franchise of films has not always been seen as the most critically-acclaimed project in Pixar’s impressive portfolio, it has resulted in a new generation of young automotive enthusiasts.

One of the most effective ways that Cars connects to the world of racing and and cars in general is through its characters. Each of these anthropomorphic automobiles is based upon an actual car model, with designs and personalities that often reflect their real-life counterpart.

With so many iconic characters from the Cars franchise, The News Wheel staff has decided to determine what kind of cars the cars from Cars are.

The star of the Cars franchise, Lightning McQueen is undeniably its most recognizable character. However, as easy as it is to recognize McQueen, it can be quite difficult to recognize the exact vehicle he’s based on. In truth, Lightning McQueen is not based on a single vehicle, but a combination of different models. “We took the best of our favorite things, from GT40s to Chargers… just sketching them out, we came up with what McQueen looks like,” explains Bob Pauley, one of the Cars production designers. Still, some of the most prominent design choices for McQueen are drawn directly from the Chevrolet Corvette C6.

Mater is always by his best pal Lightning McQueen’s side. Although Mater’s exterior is a little beaten and battered (which he wouldn’t have any other way), it’s still possible to find hints that showcase his look is inspired by an International Harvester tow truck. Add a few design elements from a ’50s-era Chevrolet truck, and you have the iconic look that Tow Mater possesses through all three Cars films.

Lightning McQueen might have the natural skills of a racer, but he could have never achieved racing greatness without pairing those skills with the discipline he learned from his mentor Doc Hudson. Although Hudson’s voice actor Paul Newman passed away between Cars and Cars 2, a sizable amount of the narrative in Cars 3 is dedicated to honoring the memory of Doc and, by extension, Newman. Doc himself is an homage to the Fabulous Hudson Hornet, one of the most famous NASCAR stock cars in the history of the sport.

Although Sally might have started as Lightning McQueen’s defense attorney, over time the two eventually became a couple. If Sally’s last name doesn’t make it obvious, she is based on a 996-series Porsche 911 Carrera. When questioned what a Porsche is doing in a quaint little town like Radiator Springs, Sally explains that it is the rich history of the Radiator Springs that has convinced her to call it home.

If there is one vehicle that McQueen relies upon the most during his races, it is most likely Luigi. Luigi started out owning a tire shop back in Radiator Springs, but eventually became a member of Lightning McQueen’s pit crew, along with his best pal, Guido the forklift. Luigi himself bears the unmistakable styling of the Fiat 500, another display of Luigi’s proud Italian origins.

Make the Most of Your Vacation: Expert Advice for a Day in Disney’s Cars Land

Of course, this is just a small collection of the characters from the Cars franchise. If you have a favorite character and know what vehicle they are based on, feel free to tell us all about them in the comments below.

Note: All images from the “Cars” films featured throughout this article are credited to Disney/Pixar.