Where the Top 10 Companies are with Self-Driving Cars 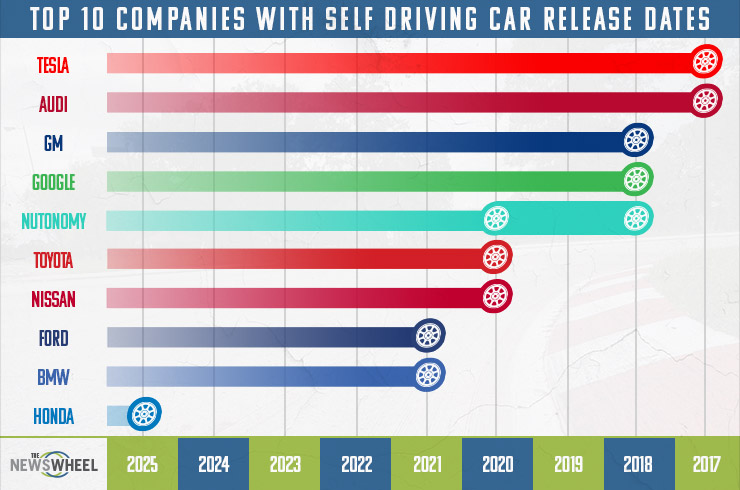 To further complicate things, each self-driving car has a different “autonomy” rating, based on a six-tier classification that the Society of Automotive Engineers (SAE) made. For this article, we’ll focus on Levels 2-5. Most major manufacturers’ self-driving models are at least a Level 2 or 3, which translates to partial or conditional automation features. These vehicles have only some self-driving features, but still require a human driver in the seat. Full autonomy doesn’t happen until Levels 4-5, however.

Based on our research, Tesla, Audi, and GM are the top three entities currently at the forefront of the autonomous car race. Others fall into the 2018-2020 range, while stragglers like Honda have a set release date as late as 2025. Here’s a list of the top ten major companies in the autonomous car race to compare their stated release dates and current progress toward those goals. 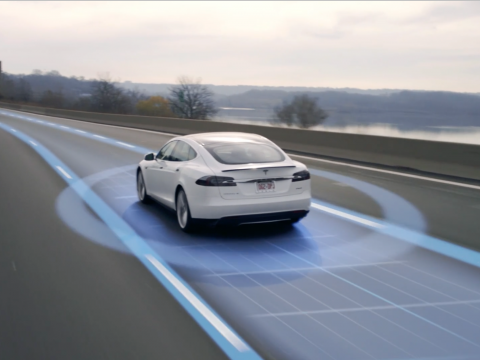 Elon Musk has claimed that a Tesla rigged with Autopilot will drive itself from LA to NY by the end of 2017. He also stated that Tesla is just about 2 years out from releasing a Level 5 fully autonomous, approved vehicle. Although Tesla has had Level 2-3 autonomous features in all of its models since 2014, it’s still tweaking fully self-driving models. The two main hurdles Tesla has to climb are developing the necessary software and getting it approved for consumer use. 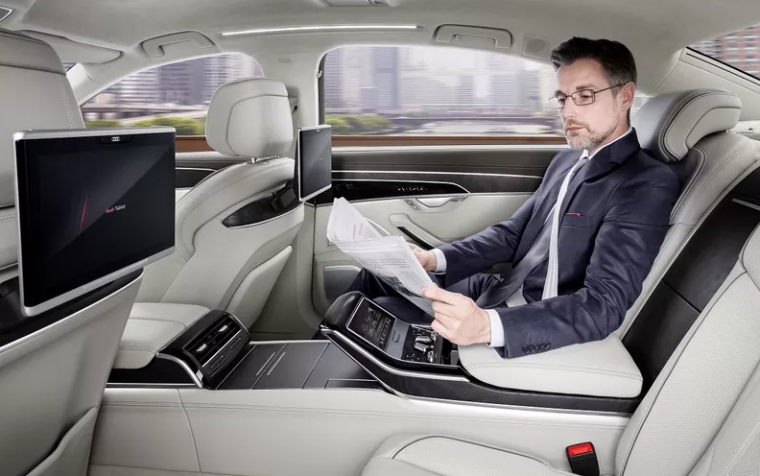 Audi has claimed that the next generation Audi A8 would be capable of fully autonomous driving in 2017. As of July 2017, the company has launched its A8 model but it only has a Level 3 autonomy level. Considering that Levels 4 & 5 indicate a “full self-driving” capability, Audi still has some ground to cover this year with the A8 if it wants to reach its 2017 goal. News sources also indicate that Audi has been testing its self-driving models in New York since late spring of this year.

GM has claimed that it would have an autonomous car test fleet by 2018, if not sooner. In June, the brand became one of the first manufacturer’s to mass build and produce an autonomous car, when it rolled 130 autonomous Chevy Bolt models off the production line. Some sources claim that GM’s mass production capability puts it at the lead of the self-driving car race, even ahead of Tesla. GM is currently test driving and tweaking its self-driving Bolt cars in CA, MI, and AZ. Though GM hasn’t set an updated release date, CEO Mary Barra and GM media sources confirm that it’s soon.

Google has predicted that it will release automated cars by 2018; its self-driving car project is called Waymo. Back in April of this year, Waymo started opening up test drives for regions in CA, MI, and AZ. Google recently tested out its cars in Death Valley, to ensure that the models could withstand extreme temperatures (they can!). They are also developing an emergency vehicle detection feature for the automated cars. Google also appears to be ramping up its engineering team by adding tech talent like Satish Jeyachandran, Tesla’s former Director of Hardware Engineering. So, despite a lack of current deadline updates, the Waymo project seems to be successfully contributing to a potential 2018 release. 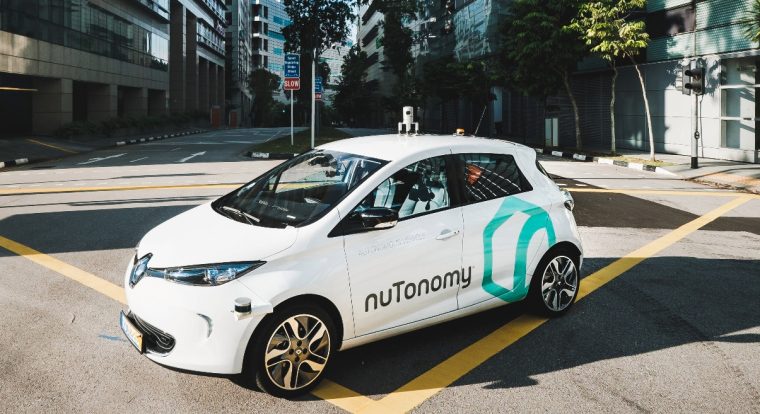 NuTonomy has claimed that it would provide self-driving taxi services in Singapore by 2018, then expand it to 10 cities around the world by 2020. Its current partnership with Lyft is helping it stay on track with this timeline. Not only has nuTonomy been testing autonomous cars out in Singapore for the past two years, but in early June of this year the company announced that it would spend the next few months testing out nuTonomy’s electric cars in Boston via the Lyft network.

Toyota has claimed that it will have its first autonomous vehicle in 2020. Gill Pratt, CEO at Toyota Research Institute (TRI), stated that the brand has far to go towards achieving this goal. The only current update we have is that Toyota has a two-part strategy for its self-driving car effort: Guardian and Chauffeur. Guardian is a cutting-edge driver-assist safety technology that the Toyota Research Institute will incorporate into Toyota/Lexus products, then tweak through testing. Chauffeur is the part of the strategy that is specifically targeting a fully autonomous car. Toyota has invested more than $1 billion in TRI to help reach the brand’s 2020 goal.

Thanks to Nissan’s partnership with Renault, the brand has predicted to have an autonomous vehicle by 2020 and a totally driverless, steering-wheel-less vehicle by 2025. The brand cites its Nissan Safety Shield technology as an early pre-autonomy feature that its vehicles have used for years. Nissan also unveiled the 2018 Leaf with partial self-driving capabilities back in January at the Consumer Electronics Show. It recently revealed pictures and a brief video clip of this model’s ProPilot Assist feature that enhances steering, braking, and acceleration functions in the car to better help drivers navigate through traffic. 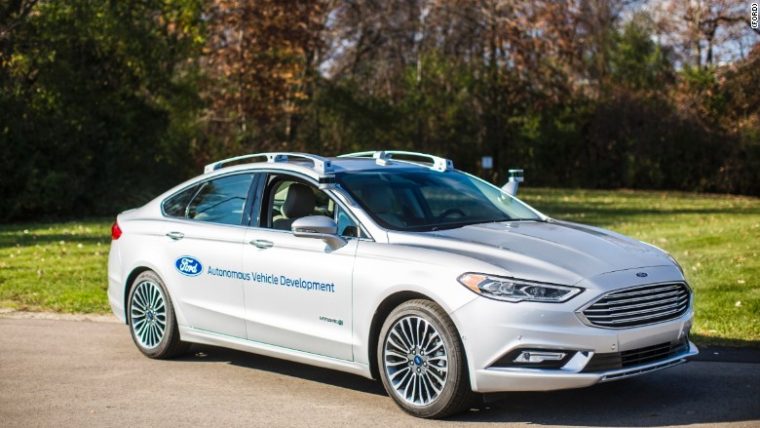 Ford’s former CEO, Mark Fields, has promised that the manufacturer will release fully autonomous vehicles for mobility services by 2021. Back in February 2017, Ford bought the startup Argo Ai to bring the company closer to its autonomous car goals. The main challenge Ford is facing right now is tweaking the self-driving technology’s algorithms to account for subtle environmental details like whether or not a nearby child is with their parent or alone (and thus, prone to move in erratic patterns). Despite Ford’s recent CEO change, the company recently confirmed it’s still on track for its 2021 goal. The brand predicts that it won’t release self-driving passenger cars until 2026-2031.

BMW has said that it will release the autonomous iNext model in 2021. Recently, the company added Continental to its BMW, Intel, and Mobileye self-driving platform, to help speed up its journey towards releasing a self-driving car. It recently unveiled its self-driving, self-parking prototype car, at the Consumer Electronic Show in LA. 2021 is still the predicted release date for its autonomous vehicle. 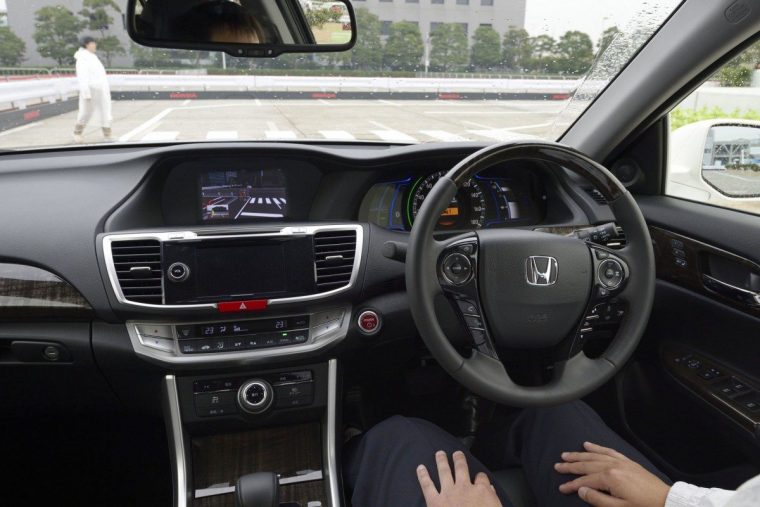 Honda’s CEO, Takahiro Hachigo, has claimed that the brand would release its first self-driving cars by 2025. A bit slow to the self-driving car race, Honda claims that their desire for safety is the main factor for its deliberate strategy in meeting this goal. The manufacturer will release vehicles with a Level 3 autonomy level by 2020. However, it won’t be until 2025 when Honda plans on releasing fully self-driving vehicles with a Level 4 autonomy level.