Who’s That Hunk in the New 2017 Buick Envision Commercial? 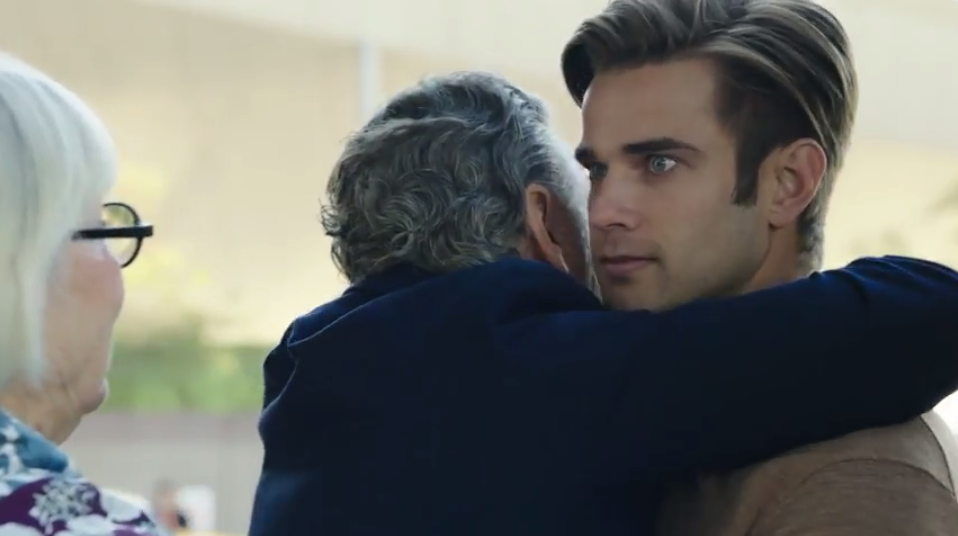 Finally, we know the identity of the actor who starred in Buick’s new commercial for the 2017 Envision SUV

Buick quietly released a new commercial last month titled “Bringing Home More than You Expected.” The commercial has attracted lots of attention recently on YouTube, particularly from visitors who are keen to know the identity of the young actor who plays the role of grandson.

Well, the answer to that question was hard to come across, but The News Wheel was eventually able to figure out the actor’s identity. We already knew that Michael Mazzeo is the actor playing grandma’s Italian boyfriend, so we left a message on Mazzeo’s Facebook asking about the identity of his co-star. Mazzeo quickly replied that the man’s first name was Brian, but he wasn’t sure about his last name.

That led us to contacting the helpful people at Buick Communications who revealed that the handsome young actor is none other than Brian Borello. The 5-foot 10-inch Borello is also known for his roles in Dark Desire (2012), Girlfriends (2017), and The Other Side (2014).

In addition, Borello has nearly 3,000 followers on Instagram, which is where he shared the picture below previewing his role in the Buick ad.

Shot a fun spot yesterday with these lovely people. #nda got my lips zipped but it’ll be out soon!

As for his performance in Buick’s newest Envision commercial? Well, he definitely carried the swagger of a clean-cut guy who might drive a Buick–and that look he gave the camera when his fictional Grandma said she met somebody was absolutely priceless. He also effectively demonstrated how to use the Envision’s hands-free power liftgate, providing access to more than 26 cubic feet of storage space, which was more than enough for Grandma’s luggage.

Buick will also reportedly be airing an expensive new commercial during Super Bowl LI. GM Authority has reported that football player Cam Newton and model Miranda Kerr will be starring in that ad, but if you want another look at Borello, then check out the embedded YouTube video below.

You can tell that it’s my first time #golfing ever since I’m wearing jeans…. Oops! #birdie though @wtylerjohnson was #witness

This ain’t a game we real serious ?

Standing at the top of #diamondhead in #hawaii with my braddah @vicamick ? @cat_amick5

“Circumstances do not make a man, they reveal him.” -James Allen