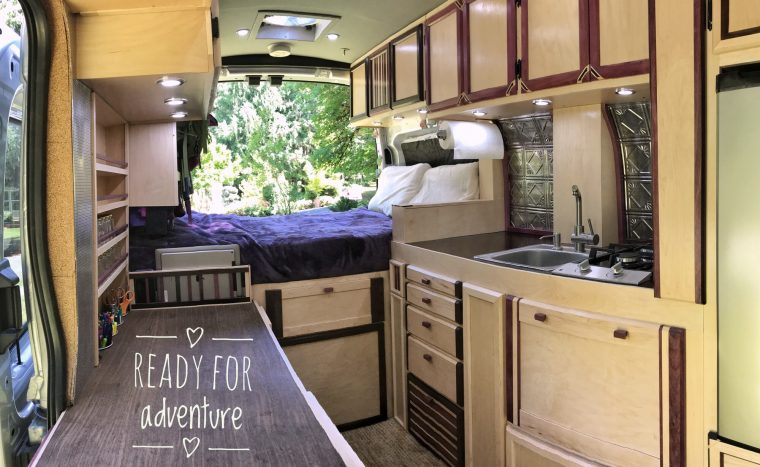 Matt Foley, a character portrayed by the late, great Chris Farley on Saturday Night Live in the early 1990s, is best remembered for shouting about his living accommodations: A van down by the river. Though the idea of living in a van was played for laughs and meant to accentuate the wrong turns Foley had made in his own life, the idea of living in a van has been popularized among entrepreneurial women as a means to live and work on the road.

Ford highlights the story of Teri Lou Dantzler, a landscape photographer who transformed a Ford Transit into a fully functional living space. This included the addition of solid maple cabinetry, purpleheart wood inlays, a power inverter, and a solar panel to help keep the battery at a full charge.

Ford Trucks: Taking a look at the built-tough Ford F-Series lineup, from the F-150 to the heavy-duty F-450

“Now, I can live out on the road for extended periods of time,” said Dantzler. “In between venturing to unique photo locations, I do meet-ups and conduct live photography classes – all from my home on the road.”

But Dantzler is far from the only female entrepreneur to turn to a Ford van for lodging. Cyclist Rebecca Gross and surfer/graphic designer Tasha Rivard live out of a 2017 Ford Transit cargo van and 2010 Transit Connect, respectively, having outfitted both vehicles with necessary accommodating for comfortable habitation.

“The whole ‘not paying rent’ thing gives me the freedom to live in places I might not be able to otherwise,” said Rivard. “That has allowed me to go after new job opportunities and live basically anywhere while keeping life simple.”

Whether “basically anywhere” includes down by the river, Rivard did not say.

Ford Vehicles: 2018 Ford Edge offers an abundance of style and a host of technologies