You Need To See These ‘Wrinkle In Time’ Cars 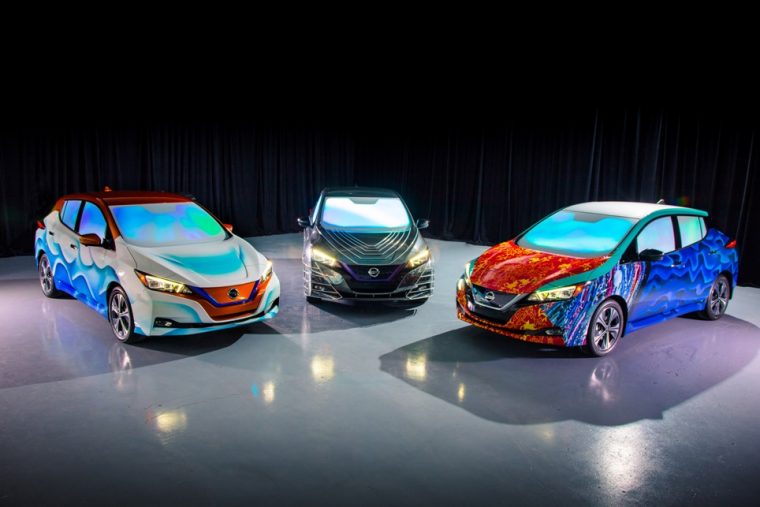 Back when Nissan announced its partnership with Disney’s A Wrinkle in Time, I was so excited that I pleaded with the Japanese automaker in my article for a show car or a special edition production vehicle. I’m a die-hard book nerd*, and the Time Quintet books by Madeline L’Engle were some of my favorite books when I was in school. When car shows started passing by with no announcement from Nissan, I began to lose hope. I’m sure you can imagine my squeal of delight when I discovered that Nissan revealed not one but three special Nissan Leaf show vehicles at the film’s world premiere in Hollywood tonight (sorry coworkers).

The trio of special EVs was created by Vehicle Effects and is meant to represent the three celestial beings in both the A Wrinkle in Time book and movie: Mrs. Who, played by Mindy Kaling; Mrs. Whatsit, played by Reese Witherspoon, and Mrs. Which, played by Oprah Winfrey. All three vehicles have exterior designs that mimic the several costumes worn by each woman in the movie.

Mrs. Whatsit’s Nissan LEAF has a bright red roof and accents for her hair. The body is covered in painted white ruffles shaded with blue like her fluffy gown. 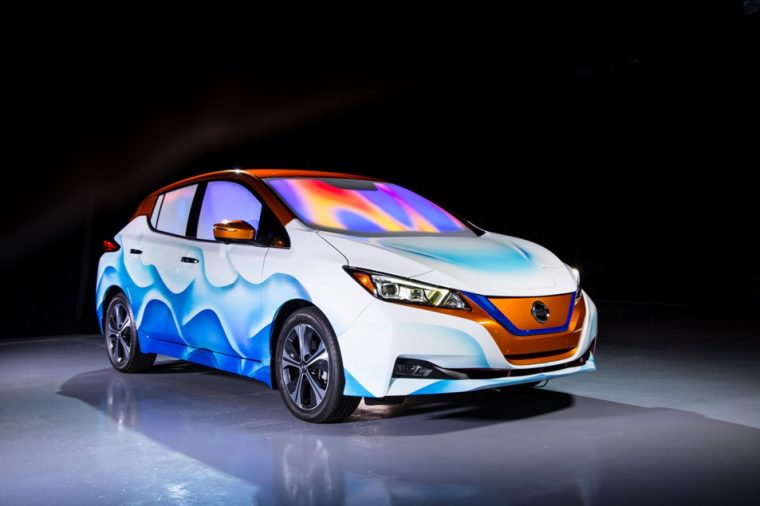 Most of Mrs. Which’s costumes are metallic, so her vehicle is a dark grey color with chrome and purple accents. Her vehicle is unique because it is also outfitted with a rear screen that can play video. 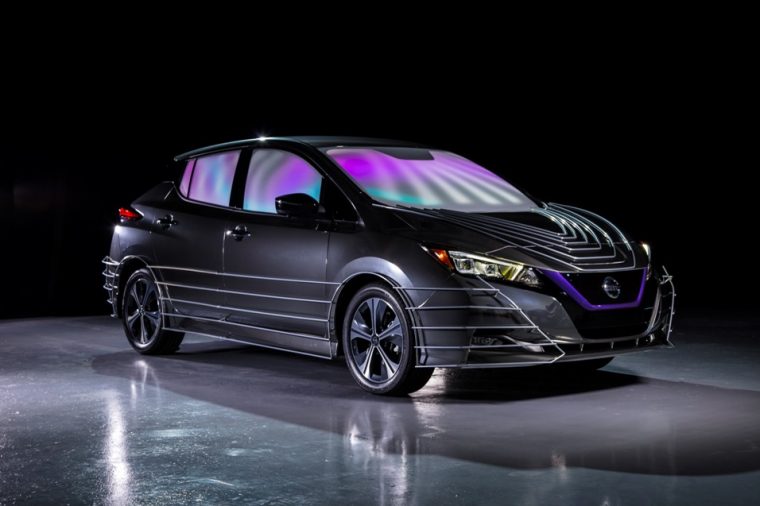 Finally, Mrs Who’s car is a riot of bright colors like most of her wardrobe. The red floral design on the Nissan Leaf’s hood is the same as the one that appears on the top half of dress used in promotional images, and the rear of the vehicle is done in the same dark blue ruffles as her skirt. Between the two patterns is an area of multicolored stripes, which could be a reference to the crystal glasses that she wears. 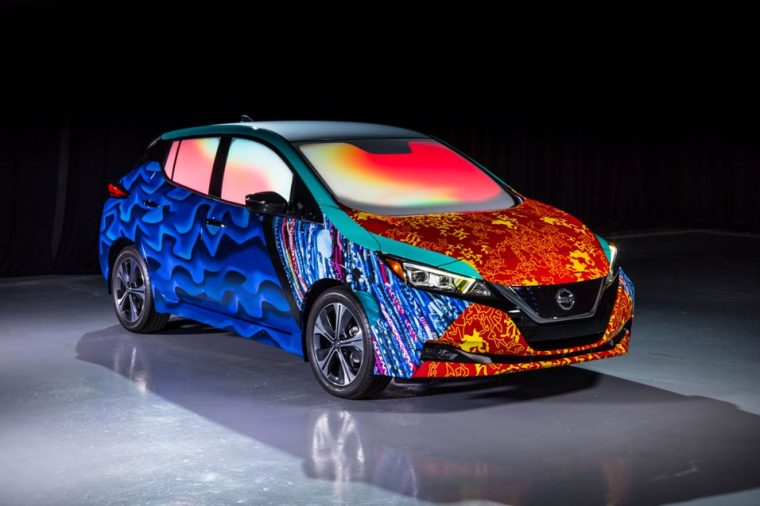 As if the outer designs were not enough, all three vehicles are outfitted with touchscreens on the windshield and side windows to change their color and mimic the “wrinkle” effect from the film when guests at the premiere interact with them. They also can sense people approaching them and react thanks to heat-sensing cameras.

“Breakthrough technology is a key part of the storyline in A Wrinkle in Time and also a cornerstone of the all-new Nissan Leaf.” said Jeremy Tucker, vice president, marketing communications and media, Nissan North America, Inc. “As the halo vehicle for Nissan Intelligent Mobility, the all-new Nissan Leaf uses breakthrough technologies like ProPILOT Assist to help relieve the stresses of highway driving.”

Nissan, I am so sorry I doubted that you would come out with show vehicles for A Wrinkle in Time. These are pretty spectacular, and if you decided to make these into miniature cars I would buy the whole set and put them in a place of pride on my desk. You know, in case you or Disney needed any more merchandising ideas.

To see Mrs. Whatesit, Mrs. Who, Mrs. Which, and the Nissan Leaf in action, be sure to see A Wrinkle in Time when it opens nationwide on March 9th.

*Editor’s Note: That’s the understatement of the century.