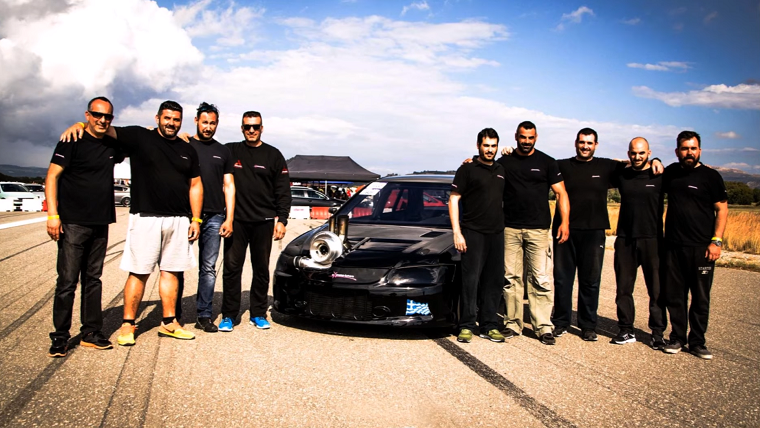 Mitsubishi doesn’t make the Lancer Evolution anymore, but the quest to build the fastest Evo in the world never seems to end. Earlier this year, we met the eight-second Mitsubishi Evo X−a ridiculous four-cylinder, five-speed, four-door sedan that ran the quarter mile in just 8.49 seconds with a trap speed of 164 miles per hour.

Sound fast? Well, it was the fastest Evo in the world…at the time. Fast-forward a month and it has already been dethroned by the world’s first Mitsubishi to dip below the eight-second mark. That’s right—this insanely tuned Evo IX, equipped with a turbocharger so enormous it has nowhere to hide under the hood, did the quarter mile in 7.902 seconds with a trap speed of 185 mph.

Even with all-wheel-drive, the driver struggles to keep the power under control all the way down the strip and who can blame him—that’s an Evo that revs to 13,000 RPM and makes 1,700 horsepower out of a four-cylinder engine. Step aside, Dodge Demon.

The people behind the car, Extreme Tuners, were actually able to tune the Evo IX’s power to 2,100 horsepower but this caused the clutch to slip and damage the fifth gear. Without using fifth gear, it still managed a flat 8.0-second pass at 155 mph. One can only imagine how fast it would have gone with even sturdier internals.

You can watch both runs in the video below. The best part is probably the onboard shot that shows both the tachometer and speedometer needles blow past their dials.

Need to Know: The most common finance terms when buying a car