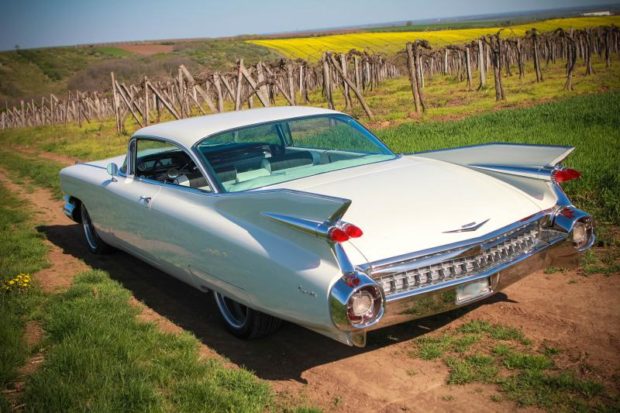 Hardcore Engine Builders in Hungary have just completed a successful surgery. The patient—a 1959 Cadillac Coupe DeVille—is doing well, all things considered. The donor vehicle, a second-gen CTS-V, was glad to play a role in this parts swap.

Gear up for Game Night: Get ready for football season with these savory snacks http://shippensburgchevy.hhchev.net/best-big-game-snacks/

With a flash of its white tail fins, the distinctly retro touring car can now be seen blitzing through the countryside with its new 6.2-liter LSA V8 engine paired with a 6L90E six-speed Hydra-Matic transmission. The transmission hooks up to a Currie Ford 9” housing and Strange diff with 3.55 gears. 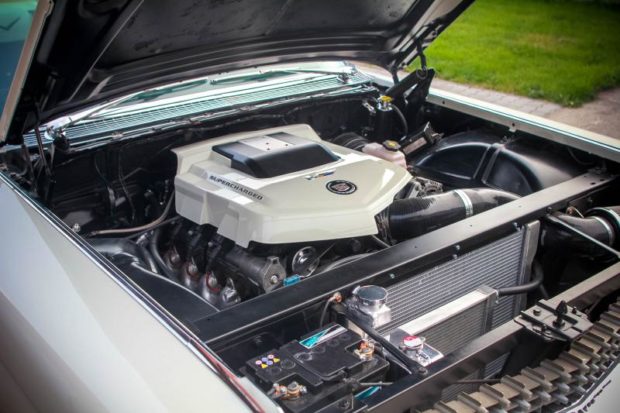 Surging with 580 hp, the Coupe DeVille seems to be enjoying its new supercharged vintage status. Besides the engine and transmission, the Coupe DeVille also boasts new 6-piston Brembo brakes, Ridetech adjustable coil-over suspension, and a Delphii 670 steering box. With such key renovations, no wonder the Coupe DeVille is feeling so energized these days.

Perfectly Aligned: Get the lowdown on wheel alignment and other tire basics

The ride’s interior also underwent surgery. Drivers can now enjoy a 15-inch billet wheel while jamming out to tunes from a RetroSound® MP3 head unit. Check out the footage for yourself. Just watch how it happily zips around the countryside, squealing with glee as it passes by other cars—again and again. 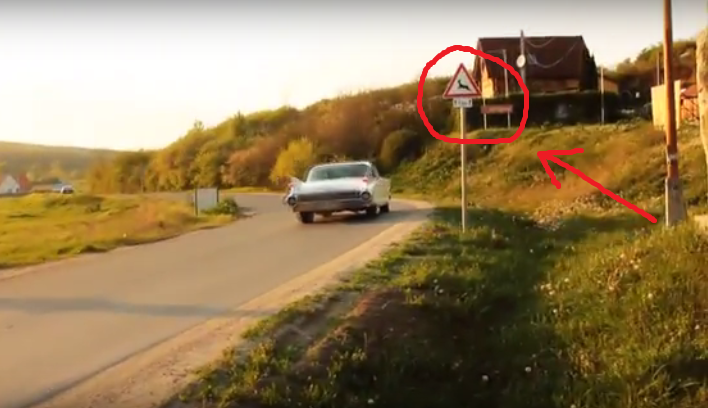 It appears to be caught up in its own 50s daydream, totally oblivious to the weird, white-and-red road sign that looks like a leaping goat-rabbit.  (What’s up with that anyways? A new Hungarian species that the locals keep hushed up?)

If you have an oldie that could use a new kick, engine swapping is an adventurous option to check into.