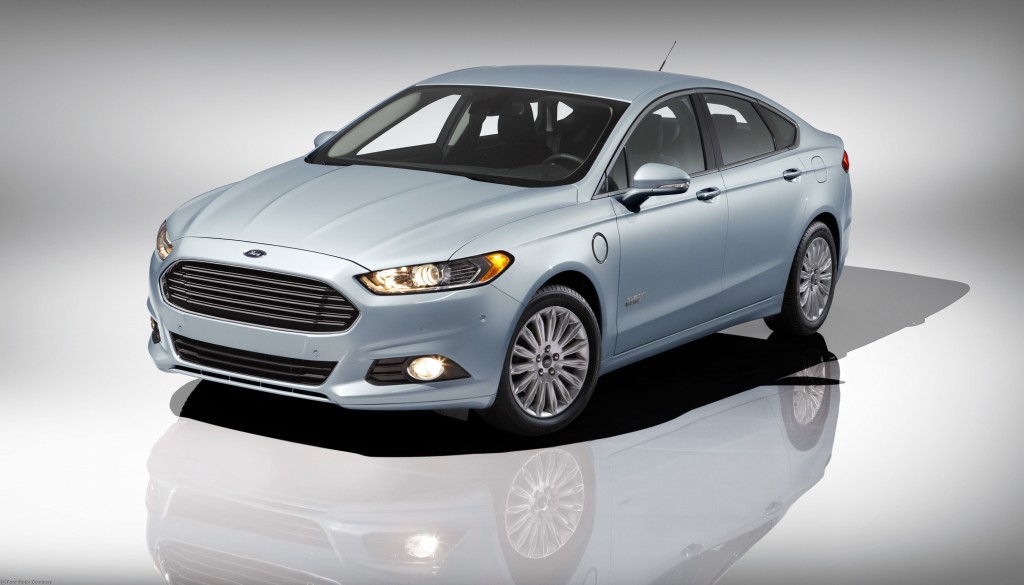 The 2013 Ford Fusion Energi took styling to another level for the 2nd generation of the model. The elegant poise, curvaceous sheet metal, and wider body give it a sportier and more upscale look than its predecessor. It’s also got that large trapezoidal grille in the front makes it look more like an Aston Martin than the average 5-door sedan you’ll come across on the road. There’s also an additional fuel door on the front driver’s side that covers the port for the charging cable, placed within an innovative light ring that fills up depending on charge.

The 2013 Ford Fusion Energi is powered by a 2.0-liter four-cylinder paired to an electric motor, which gets its own power from a lithium-ion battery pack. Together, they produce 195 total system horsepower and 129 pound-feet of torque, transmitted via a specialized continuously variable transmission.

The 2013 Ford Fusion Energi can go for about 20 miles in EV-only mode and up to 620 miles before having to recharge the battery or fill up the gasoline tank. Recharging the battery takes 7 hours at a 120-volt outlet and 2.5-hours at a 240-volt outlet. It gets an eMPG rating of 108 city/92 highway mpg on EV power and a combined 38 mpg rating on hybrid power. If you travel about 57 miles a day and recharge the Energi at night, you won’t use more than a gallon of gas per day.

The 2013 Ford Fusion Energi features a stylish interior with high quality materials, an uncluttered and tastefully designed dashboard and center stack, and a highly adjustable power driver seat that allows anyone to get comfortable behind the wheel. Though outward visibility has been improved, trunk space has been reduced ever slightly—though it still stands at 16 cubic feet, which higher than average for the class. Headroom is also slightly reduced because of the battery pack under the car.

The 2013 Ford Fusion Energi comes standard with antilock disc brakes, traction and stability control, front seat side airbags, front knee airbags, and side curtain airbags. It was named a Top Safety Pick+ by the IIHS, the highest possible honor, and received a maximum 5-star score for Overall Vehicle Safety in the NHTSA’s New Car Assessment Program.