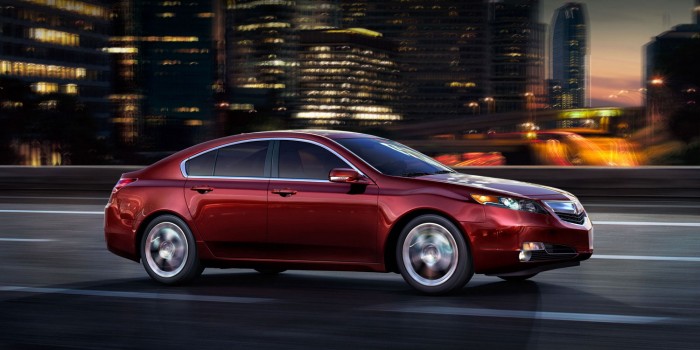 The exterior styling of the 2014 Acura TL delivers the sleek elegance drivers demand when shopping for a midsize luxury sedan with an unexpected sport-inspired edge. Curb appeal is heightened in the 2014 Acura TL by standard 17-inch alloy wheels and automatic xenon headlights.

The pair of V6’s powering the 2014 Acura TL clearly have a knack for performance, but neither is a slouch in the fuel economy department. The base 3.5-liter V6 returns 20 mpg city and 29 mpg highway, while the larger 3.7-liter V6 manages to return 18 mpg city and 26 mpg highway.