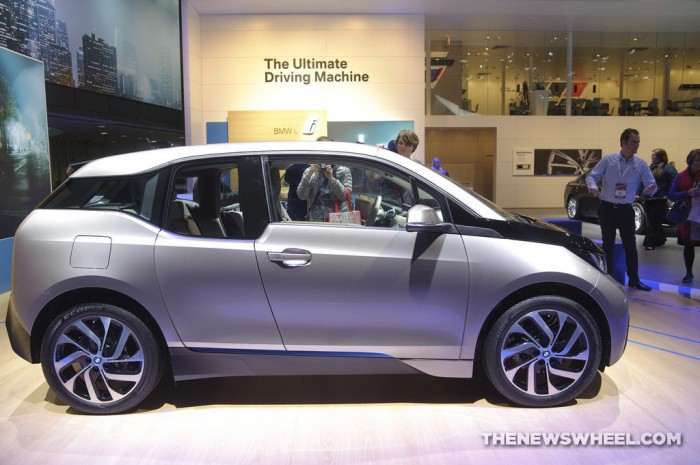 The 2014 BMW i3 is an all-new electric hybrid whose exterior design will make driver’s feel like they have somehow driven a concept vehicle out of an auto show. A two-tone exterior color scheme is unlike any other on the road, and standard 19-inch wheels provide an aggressive stance that is unmatched by any other compact. Furthering the 2014 BMW i3’s futuristic design are standard adaptive LED headlights and LED taillights.

Even in an electric hybrid, BMW performances holds true. The BMW i3 is powered by a 124-kilowatt electric motor that pumps out 170 horsepower and 184 lb-ft of torque, which propels the i3 from 0-60 mph in just 7.2 seconds before reaching a top speed of 93 mph. 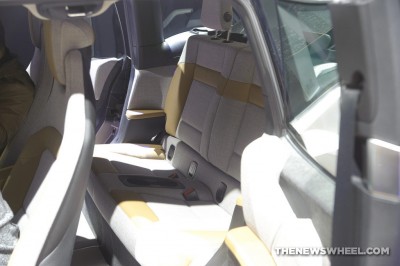 The 2014 BMW i3’s futuristic feel continues into its cabin, and what would the future be without a ton of technology? The 2014 i3 boasts three display screens, including a 6.5-inch instrument cluster, an 8.8-inch central display, and a screen used solely for audio and climate control. Those screens come in handy with a standard navigation system.

The highlight of the 2014 BMW i3’s advanced safety features is the Driving Assistant Plus package, which features pre-collision warning, adaptive cruise control, pedestrian accident prevention, and even a traffic jam assistant that allows the i3 to function almost completely autonomously.