The Cadillac CTS has been completely redesigned for the 2014 model year – inside and out. More bold, aggressive exterior styling is backed up by new high-performing engines, and the interior benefits from the addition of the latest in-car technology from Cadillac.
|2014 Cadillac CTS Sedan Specifications| 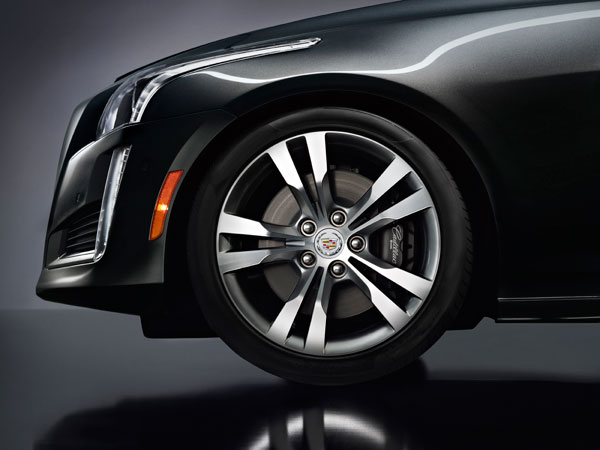 The completely redesigned exterior of the 2014 Cadillac CTS begins with the all-new grille, which is simultaneously more slender and aggressive. Cadillac smoothed the previous model’s overly-angular lines into a more aerodynamic, sleek design, while keeping the sculpted presence that let on-lookers know you’re driving a Cadillac without a second look (but you can be sure they’ll be looking twice). 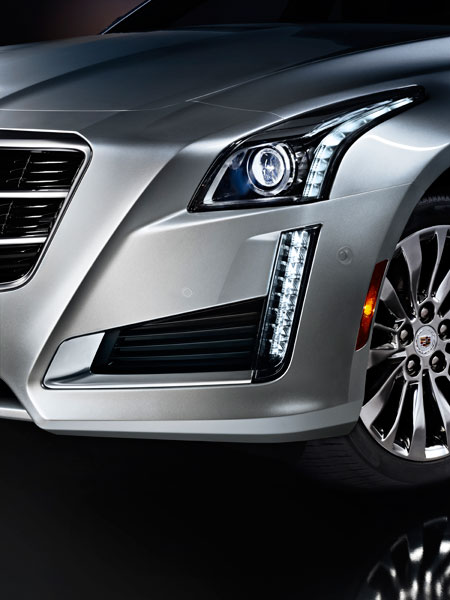 Many think fuel economy is never a priority for Cadillac, but the 20 mpg city and 30 mpg highway returned from the base four-cylinder could help to change that perception. The un-supercharged V6 even manages to return a respectable 18 mpg city and 26 mpg highway.

Premium leather, wood, anodize aluminum, carbon fiber, and piano black paint all play a role in making the 2014 Cadillac CTS’s interior one of the best in its class, if not the industry. The Cadillac User Experience (CUE) infotainment integrates with smartphones to give driver’s unparalleled access to their favorite apps and entertainment through voice commands and an eight-inch touchscreen.

The 2014 Cadillac CTS features an available driver “Safety Alert Seat,” which will vibrate whenever the driver loses focus or is at risk of a collision. Additional safety features include traction and stability control, an advanced airbag system, a rearview camera, automatic collision-preparation braking, forward collision alert, blind-spot monitoring, and rear cross-traffic alert.