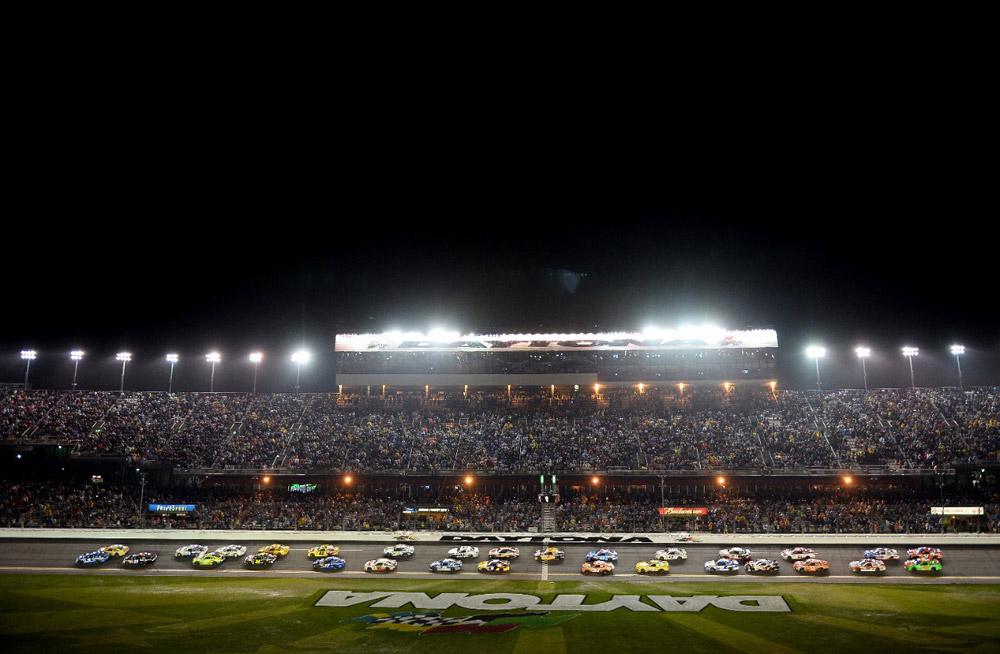 Ford claims three of the top ten spots in this year’s race.

This past weekend saw the inaugural race that signifies the start of the 2014 NASCAR Sprint Cup Series at Daytona International Speedway for the Daytona 500. But Daytona has been anything but conventional this year.

Just a little over a week ago, a Chevy SS pace car—yes, pace car—caught fire, causing a caution for the car meant to head cautions itself. And now yesterday, the Daytona 500 saw a record-setting delay of 6 hours and 22 minutes because of rain, as well as a tornado warning. The race was delayed for so long, in fact, that Fox aired last year’s Daytona 500 while fans at home waited, which led to quite of a mix up on the internet, in which a good deal of people believed Jimmie Johnson won the race yet again. (Dale Earnhardt Jr. went on to win once the race recommenced.)

It was actually a big race weekend for Earnhardt fans. Not only did “Little E” take first place, but as the No. 3 car made its return to NASCAR over a decade after race legend, Dale Earnhardt, perished during the Daytona 500, its driver, Austin Dillon, claimed the poll position during qualifying. 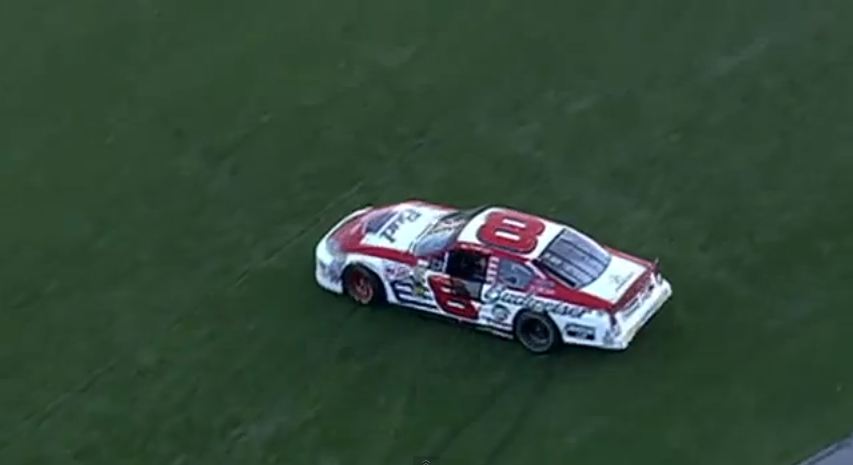 Dale Earnhardt finally made it back to the winner’s circle at Daytona.

Brad Keselowski, who finished third in the No. 2 Miller Lite Ford Fusion, commented, “We had a really fast Miller Lite Ford and just came up a little short there at the end. We had a good restart but didn’t get any help from behind. I was really proud of my car and team to be able to hold fourth with no help. Dale and his teammates were really fast and they did a good job executing at the end. Congratulations to him.”

Keep checking back with The News Wheel for more NASCAR news this season.