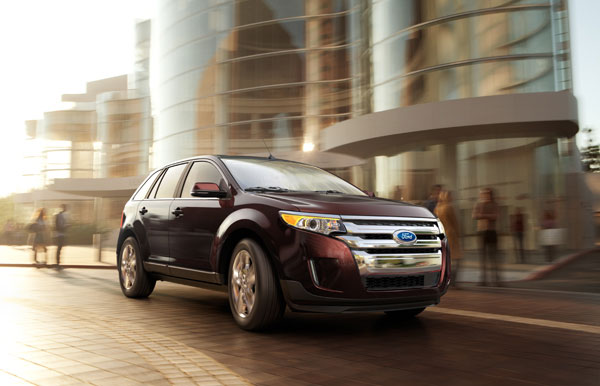 The 2014 Ford Edge sets itself apart from the rest of the midsize crossover SUV segment through bold, sporty styling that begins with its large front grille and continues to its aerodynamically sculpted side panels. Standard 17-inch alloy wheels complete the 2014 Ford Edge’s athletic stance.

Edmunds.com says that the 2014 Ford Edge boasts “an attractive cabin with a modern look and feel,” and that is thanks to premium materials, as well as advanced technologies. Available technology in the 2014 Ford Edge includes the MyFord Touch infotainment system with smartphone integration, navigation, an eight-inch touchscreen, Bluetooth connectivity, and a configurable gauge cluster.

Standard safety features in the 2014 Ford Edge include stability control, antilock disc brakes, front-seat and full-length side curtain airbags, and the intuitive Ford MyKey system, which allows the driver to regulate speed and audio functionality for younger drivers.