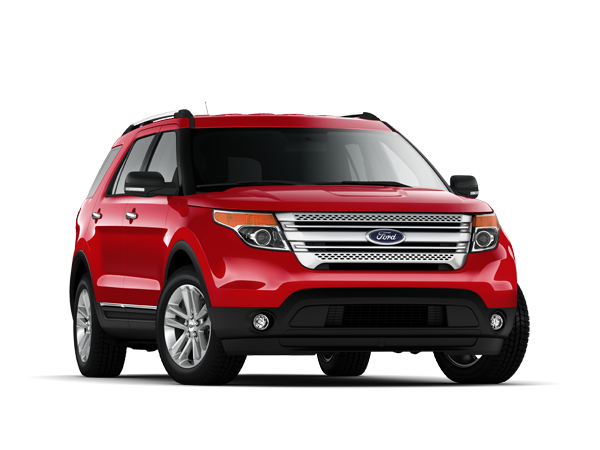 The 2014 Ford Explorer is a larger crossover SUV that is both rugged and capable of everyday driving, and it has the exterior to match. The bold, black front grille flaunts a commanding on-road presence, while the sleek, sculpted lines throughout make it appealing to every driver. Standard 17-inch wheels also support an aggressive stance.

As with many 2014 Ford models, the highlight of the 2014 Explorer’s interior is the available MyFord Touch system with SYNC. The intuitive system integrates with smarthphones and allows drivers to access their favorite entertainment through a high-resolution display screen or voice commands.

In order the keep the 2014 Ford Explorer and its cargo safely on the road, the SUV is equipped with traction and stability control, as well as trailer sway control. Additional safety features include an advanced airbag system, Ford MyKey, rear parking sensor, lane-departure warning, lane-keeping assist, blind-spot warning, and a rearview camera.