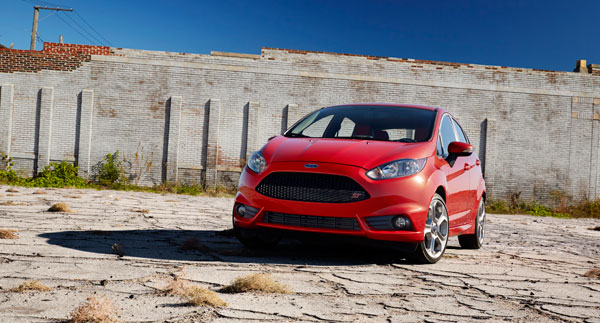 This past week, MotorWeek handed out its annual Drivers’ Choice awards for 2014. The Ford Fiesta ST, which was just named to the Hagerty Hot List and dubbed Autobytel’s 2014 Compact Car of the Year last month, took home the MotorWeek Best Subcompact Car award. Given its propensity for sport-minded performance and its popularity with drivers everywhere, it’s hard to say that the choice comes as much of a surprise.

“The Best Subcompact Car goes to Ford Fiesta ST, but “Sub” doesn’t mean you won’t get big thrills from our winner. While we don’t normally pick a subcompact winner that is a narrowly focused performance model…we could not resist the Fiesta ST. This European-style 5-door packs a potent performance punch; with a 197-horsepower 1.6-liter I4 providing the power and a lowered suspension that carries the goods through corners. All for a base price of around $22,000.”

The Fiesta ST has been making drivers salivate since it first debuted in Europe. After much wishing and pleading, the hot hatch made its way to American shores for the 2013 model year and has been an enormous hit with young drivers ever since.

The Fiesta ST can now add the MotorWeek Best Subcompact Car award to its ever-expanding trophy case. For more from the MotorWeek Drivers’ Choice awards and this week’s 2014 Chicago Auto Show, check in with us here at The News Wheel throughout the coming days!