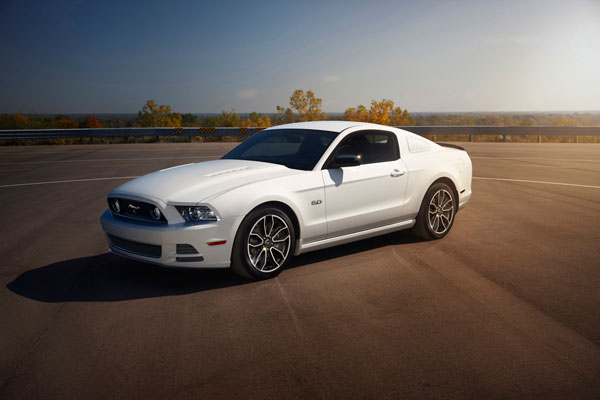 Whether you opt for the coupe or the convertible, the 2014 Ford Mustang screams American muscle. From its aggressively crafted front grille, to the sculpted side panels and bold taillights, the 2014 Mustang is everything a driver wants in a sports car, and the standard 17-inch wheels and xenon headlights further enhance curb appeal.

The highlight of the 2014 Ford Mustang’s interior is the available SYNC with MyFord Touch system. The innovative infotainment system integrates with a driver’s smartphone and gives them access to all of their favorite apps and entertainment through voice commands and an intuitive touchscreen interface.

The 2014 Ford Mustang boasts a comprehensive airbag system, stability and traction control, antilock disc brakes, and hill-start assist all standard. Also available is the Ford MyKey system, which can limit maximum speed for younger drivers, and a rearview camera.