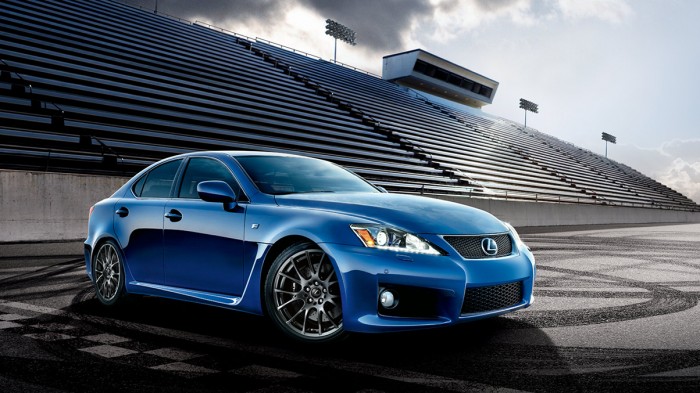 The 2014 Lexus IS F is a high-performance luxury sport sedan and it has the aggressive exterior styling to back up that distinction. The bold front fascia is accented with an aerodynamic grille and standard LED running lights. Standard 19-inch alloy wheels deliver a commanding on-road presence that is difficult to rival.

*man sings “In the Arms of an Angel” internally*

Aggressive styling is nothing without the performance to back it up and the 2014 Lexus IS F has plenty to spare. Powered by a 5.0-liter V8 engine, the 2014 IS F pumps out an immense 416 horsepower and 371 lb-ft of torque, which propels the sport sedan from 0-60 mph in just 4.7 seconds.

Anytime a vehicle generates an output over 400 horsepower, it is clear that the engineering emphasis was not place on fuel economy, but that being said, the 2014 Lexus IS F still manages to return 16 mpg city and 23 mpg highway.

The 2014 Lexus IS F has a seriously luxurious interior that is adorned with premium materials and is ultra-quiet, but it has taken some heat for its snug seating, which isn’t always a bad thing when drivers are powering around corners. Standard features are plentiful inside the 2014 IS F, including 10-way power and heated front sport seats, dual-zone automatic climate control, Bluetooth audio and phone, and a 13-speaker sound system with a six-disc CD changer. 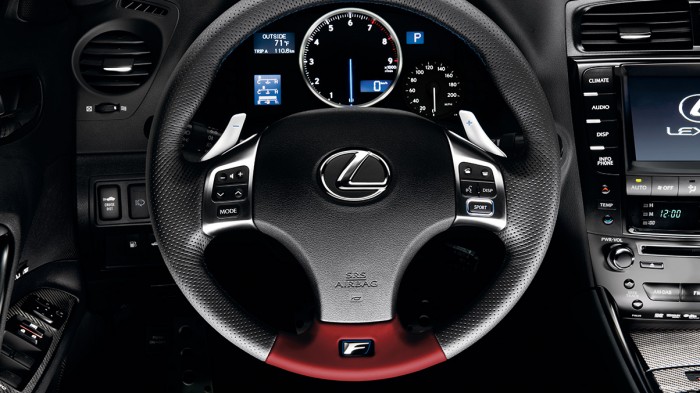 Standard safety features on the 2014 Lexus IS F include stability and traction control, antilock brakes, a comprehensive suite of airbags, and the Lexus Safety Connect system, which provides emergency crash notification, and stolen vehicle recovery.