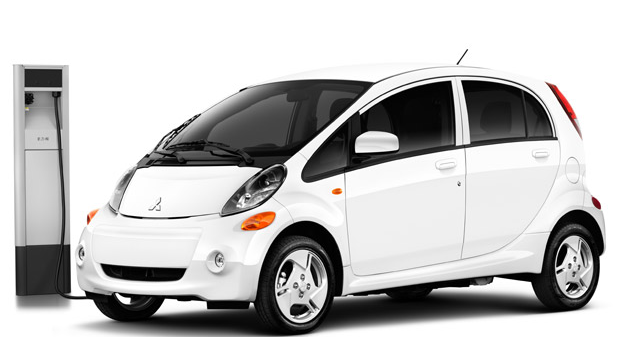 What’s new, eco-friendly and just expanded its long list of standard features? It’s the 2014 Mitsubishi i-MiEV! And did we mention this dynamic vehicle also received a significant price cut?

This year, Mitsubishi’s all-electric vehicle is increasing the number of standard features being offered. Heated front seats, rear speakers and a leather steering wheel and shift knob are just a few of the options that are now automatically included with the 2014 i-MiEV.

A CHAdeMO DC port is added for quick charging as well as the MiEV remote system that allows owners to charge the car battery based on a timer and to warm or cool the car before having to brave the elements.

Importantly, safety becomes the new standard with six air bags, an Approaching Vehicle Audible System (AVAS) and a high-voltage power cut-off system among other features incorporated at no additional cost.

As a matter of fact, the cost of the 2014 i-MiEV is much more affordable. Even with all the new amenities and technological additions, the electric vehicle now costs $6,130 less than the last generation model. Pricing starts at $22,995.

With its new standard features and a reputation solidified by more than 30,000 i-MiEVs sold around the world, mark your calendars for the late-spring arrival of the affordable 2014 Mitsubishi i-MiEV.

Shannon Benton does not enjoy writing “About Me” blurbs. However, she does enjoy writing about cars and car-related subjects, which is what really counts.

She is an avid reader whose favorite pastime is curling up in an oversized chair with Jane Austen’s Pride and Prejudice and a soup bowl-size mug of hot chocolate or salted caramel Chai tea latte. In addition to reading and writing (not so much the arithmetic), Shannon has enjoyed dancing for the past two decades. She currently lives and performs in Dayton, OH.