The 2014 Mitsubishi Mirage is an all-new model and the sleek, sporty subcompact looks to make an immediate impact in its segment. The 2014 Mirage flaunts a wide front grille and aggressively-styled headlights that immediately shepherd attention from curious on-lookers. 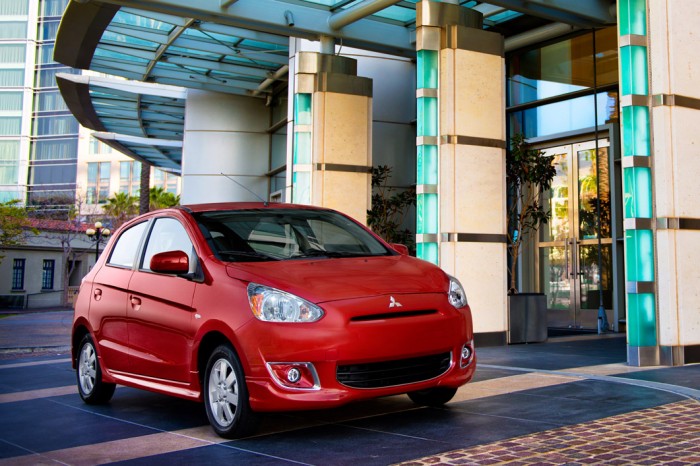 As with most subcompacts, the 2014 Mitsubishi Mirage was not made to be a sprinter. The Mirage’s 1.2-liter three-cylinder is about as small as they come and only produces 74 horsepower and 74 lb-ft of torque.

What the 2014 Mitsubishi Mirage lacks in power, it more than makes up for in fuel economy. In fact, Mitsubishi claims that the 2014 Mirage is the most fuel-efficient non-hybrid in America, and it may just be. The efficient 1.2-liter engine in the Mirage returns a remarkable 37 mpg city and 44 mpg highway.

The 2014 Mitsubishi Mirage is clearly trying to attract young buyers, but in addition to efficiency and sleek design, you need technology, and the Mirage has it in a list of available features that includes navigation, Bluetooth connectivity, and keyless entry among others.