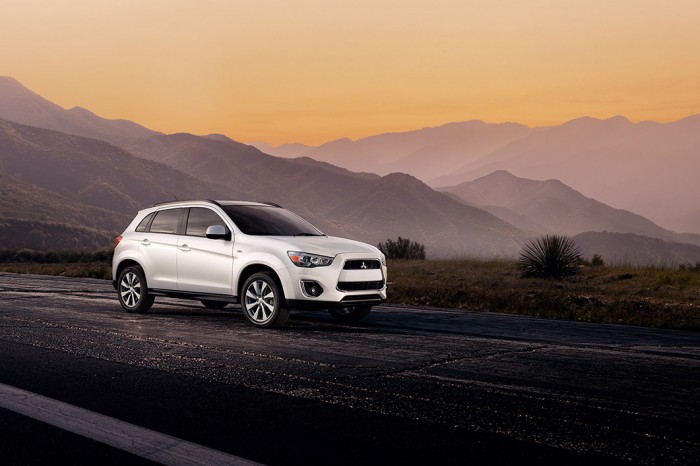 The 2014 Mitsubishi Outlander Sport is not merely an Outlander with a bigger engine; its exterior design is completely different. The smaller, lighter Sport was created for practicality and exhilarating driving experience and its sporty, bold exterior matches that sentiment. For a more athletic stance, Mitsubishi equipped the 2014 Outlander Sport with a standard 18-inch alloy wheels.

Powering all 2014 Mitsubishi Outlander Sports is a 2.0-liter four-cylinder engine the generates 148 horsepower and 145 lb-ft of torque, which helps to propel the Sport from 0-60 mph in 8.8 seconds – a respectable time for the class. For a truly track-inspired feel, drivers can opt for paddle shifters.

The interior of the 2014 Outlander Sport features the Mitsubishi Fuse system, which allows the driver to control the navigation system, as well as audio with just the sound of their voice. There is also an available seven-inch touchscreen display, rearview camera, a panoramic sunroof, and a Rockford Fosgate sound system.