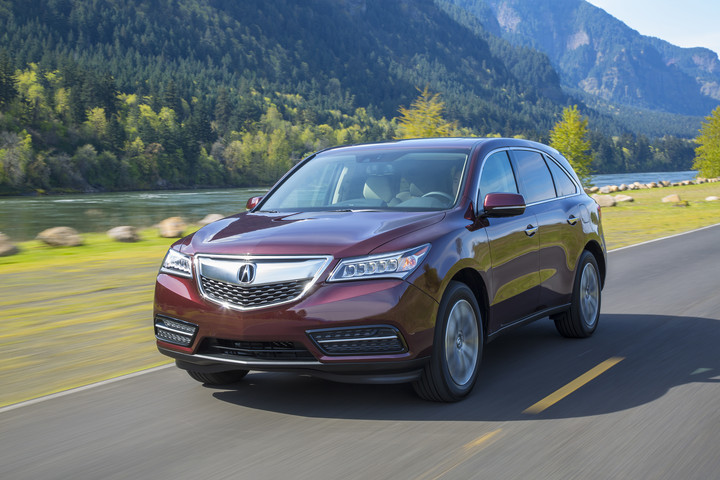 The 2015 Acura MDX, held up as holding “everything buyers seek in a contemporary luxury SUV,” was named the 2015 Best Buy Award Winner in the Luxury SUV/Crossover category in KBB’s inaugural awards.

“The Kelley Blue Book Best Buy Award is significant to the brand as it is combines both expert evaluations and comprehensive data, reaffirming the MDX as a clear sales leader in its segment and the best-selling 3-row luxury SUV of all time,” said Mike Accavitti, senior vice president and general manager, Acura division. “MDX is the benchmark in its class, consistently delivering the best combination of features, function and performance that luxury buyers are after.”

The 2015 Best Buy Awards are pulled from information ranging from estimated five-year cost-to-own, consumer feedback, and sales information and rolled together by KBB’s experts to determine the crème of the automotive crop.

The judges at KBB were impressed with the 2015 MDX’s continuation of the namebadge’s 15-year segment dominance, thanks to features such as the Integrated Dynamics System (IDS), an agreeable $57,400 starting price, and solid KBB customer rating of 8.3.

According to KBB’s review, it named the MDX’s Jewel Eye headlights and easy-access push-button third-row as two of luxury crossover’s foremost features.