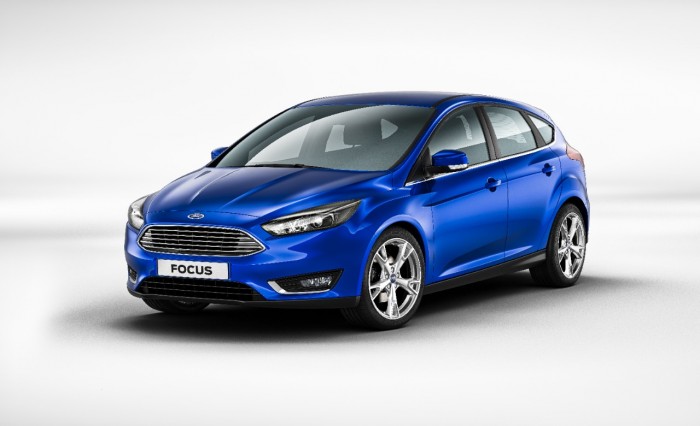 Yesterday, Ford announced that the 2015 Ford Focus engine offerings would be getting a burst of efficiency. Now offering a 1.0-liter EcoBoost® engine for the Focus, Ford expects the world’s best-selling nameplate to remain on top.

“We have taken the title of world’s best-selling nameplate to impressive new heights with the redesigned Focus,” said Joe Hinrichs, Ford executive vice president and president of The Americas. “Its combination of compelling, modern design and the most high-tech interior in the class will appeal to contemporary consumers who desire a small car with very sophisticated features. What makes Focus so attractive to consumers today – being great to drive, delivering exceptional fuel economy and value, and offering leading-edge in-car technologies – is amplified with the new Focus.”

The award-winning 1.0-liter EcoBoost is both fun-to-drive and incredibly efficient. The smallest engine in the Ford lineup, which is already offered in the Fiesta, will be paired with a six-speed transmission. This particular engine has already been named International Engine of the Year (2012 and 2013) and will be offered as an option to replace the 2.0-liter GDI I-4 engine, which already delivers an impressive 40 mpg on the highway for the current Focus.

“The 1.0-liter EcoBoost engine is proof that excellent fuel economy and performance can come in one package,” commented Raj Nair, Ford group vice president, global product development. “Focus is already known for bringing together efficiency and fun, and our latest addition will bring consumers a whole new level of enjoyment – on the road and at the pump.”

The new 2015 Ford Focus engine offerings aren’t the only buzz for the new model, however. The Focus design has also been refreshed; a restyled hood and grille, as well as a restyled trunk lid, signature lighting for both headlamps and taillamps, and new rear lamp clusters, are also featured on the 2015 Focus model. Inside, the Focus sees satin chrome detailing, new seat trims, and switches, plus an available heated steering wheel.

Ford also added a rearview camera, as well as the available Blind Spot Information System and lane-keeping system, for the 2015 model.

The 2015 Ford Focus will hit dealerships in the second half of this year.