In early October, we reported on a rumor that the 2016 Cadillac CTS-V debut was scheduled for January of next year at the North American International Auto Show (NAIAS) in Detroit. We can now confirm that rumor, according to GM Authority, which also correctly predicted the debut of the 2016 Cadillac ATS-V in LA. 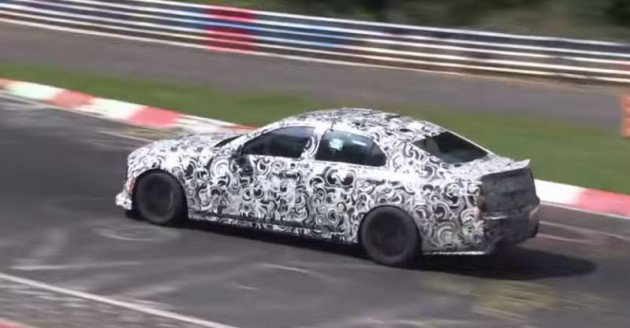 The 2016 Cadillac CTS-V was spied testing earlier this year.

The 2016 Cadillac CTS-V will reportedly be powered by the very same 6.2-liter supercharged LT4 V8 that propels the 2015 Corvette Z06. In the Z06, this engine gets a whopping 650 horsepower and a just as impressive 650 lb-ft of torque. We can expect similar, if not slightly lower, numbers out of the CTS-V. The engine will not be paired with a manual gearbox, however; the only option is rumored to be the eight-speed 8L90E automatic transmission that has been earning praise this year.

The Cadillac CTS-V was caught testing at Nürburgring earlier this year. In the video below, you can see just how aerodynamic Cadillac has made the CTS-V, with components like the rear spoiler, front splitter, and rear diffuser. Check it out:

Be on the lookout for the 2016 Cadillac CTS-V at the Detroit Auto Show next month.