Some people call the Ford Flex a wagon and others refer to it as a crossover SUV, but whatever you decide to call it, the 2016 Ford Flex offers a large number of premium features and three rows of seating, and it also comes available with an advanced all-wheel drive system. There are three trim levels offered for the 2016 Flex: SE, SEL, and Limited. The entry-level SE carries a starting MSRP of $29,600, and this offering from the Blue Oval competes with other three-row family haulers such as the Toyota Highlander, Chevy Traverse, and Honda Pilot.

Celebrity Rides: Take a look at The News Wheel’s list of the 10 best celebrity cars of 2015 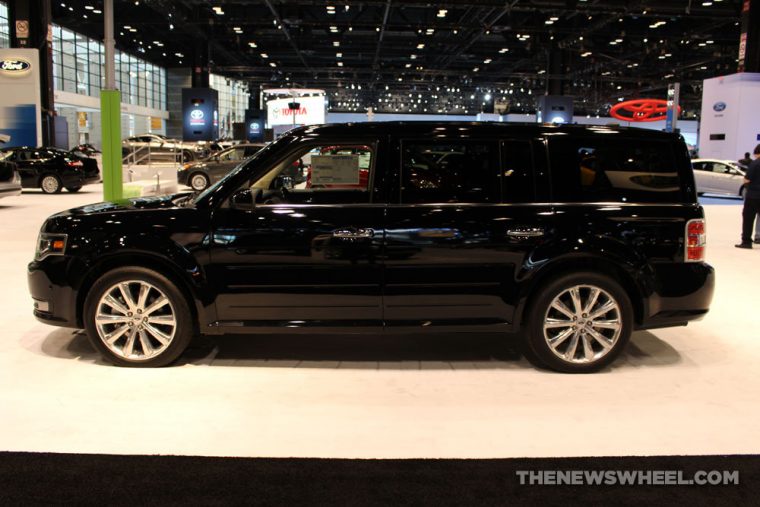 Every trim level of the Ford Flex now comes standard with a rearview camera. Additionally, the much complained about MyFord Touch system has been replaced with the new Sync 3 infotainment system. 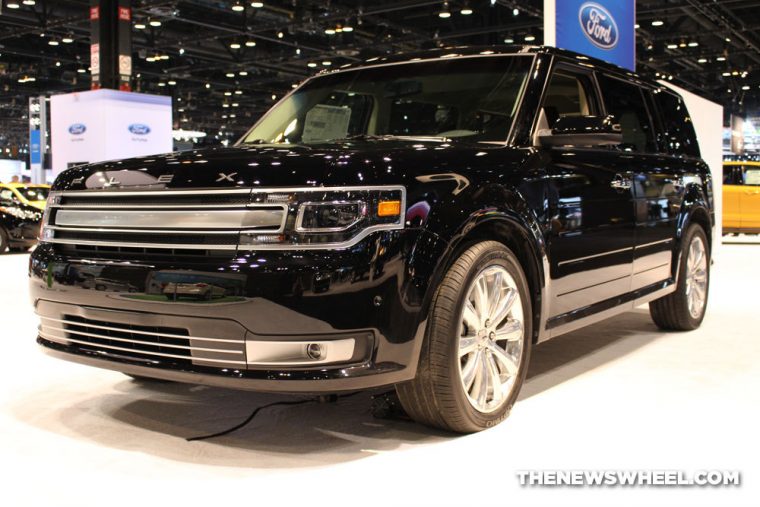 The 2016 Ford Flex offers a one-of-a-kind exterior design that’s unlike anything else currently offered in the auto industry. The Flex’s boxy shape gives it character and also provides the vehicle with a spacious interior. The 2016 Flex comes standard with 17-inch wheels, rear privacy glass, and fog lights. Consumers also have the option of adding the Appearance Package to the SEL and Limited models, which provides the Flex with 20-inch black wheels and the option of adding a contrasting black roof. Exterior color options for the new Ford Flex include Shadow Black, Magnetic Metallic, and Ingot Silver Metallic. 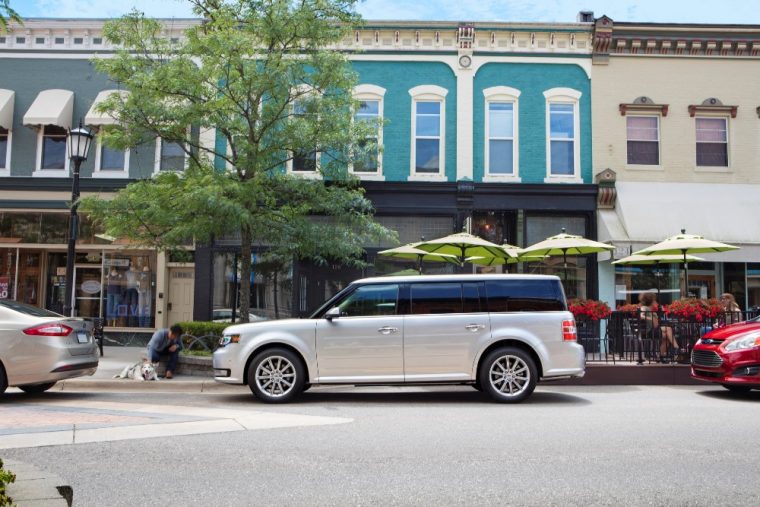 There are two engine options available for the 2016 Ford Flex that both come matched with a six-speed automatic transmission. The standard engine is a 3.5-liter V6 that provides 287 horsepower and 254 lb-ft of torque. The other engine is an EcoBoost 3.5-liter turbo V6 that supplies 365 horsepower and 350 lb-ft of torque. In addition, consumers can choose between front-wheel and all-wheel drive, but the EcoBoost only comes matched with AWD. Furthermore, the 2016 Flex features a maximum towing capacity of up to 4,500 pounds. 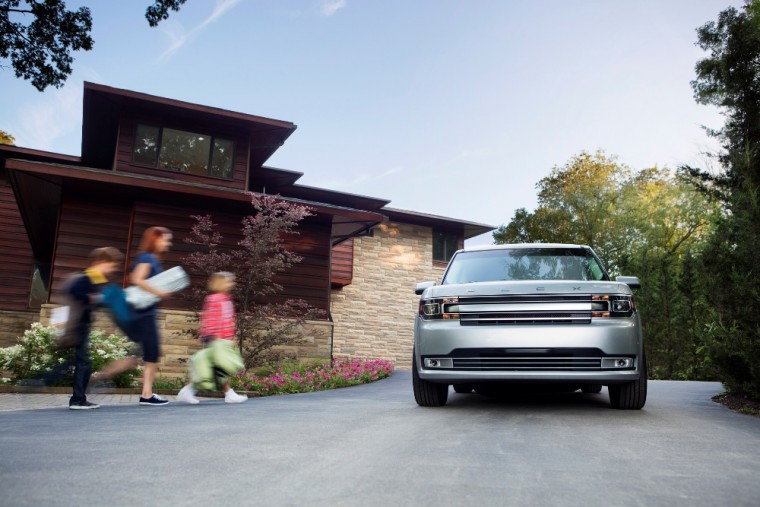 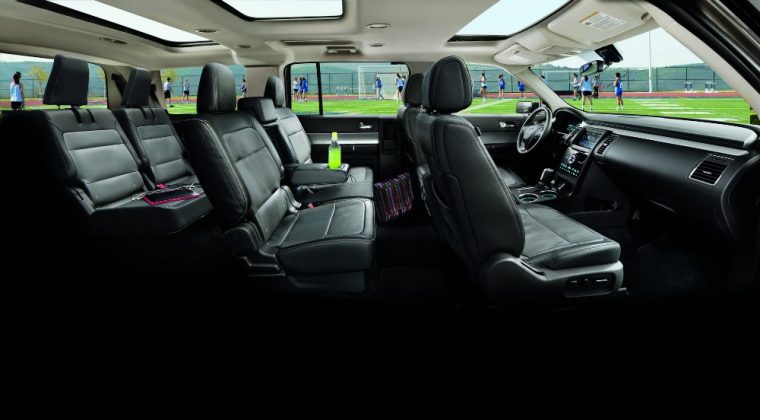 The 2016 Ford Flex comes with a spacious and high-tech cabin, which even boasts a rear-console refrigerator on the Limited trim. This refrigerator can reach as low as 23 degrees Fahrenheit and is an excellent place to store cold snacks and drinks for growing children. While critics have complimented the Flex’s spacious layout for years, there were many complaints about the MyFord Touch system, so Ford ditched it and replaced it with the new Sync 3 infotainment system, which is reportedly much more responsive and user friendly. The new Flex also provides up to 83 cubic feet of storage space with both rear seats folded down. 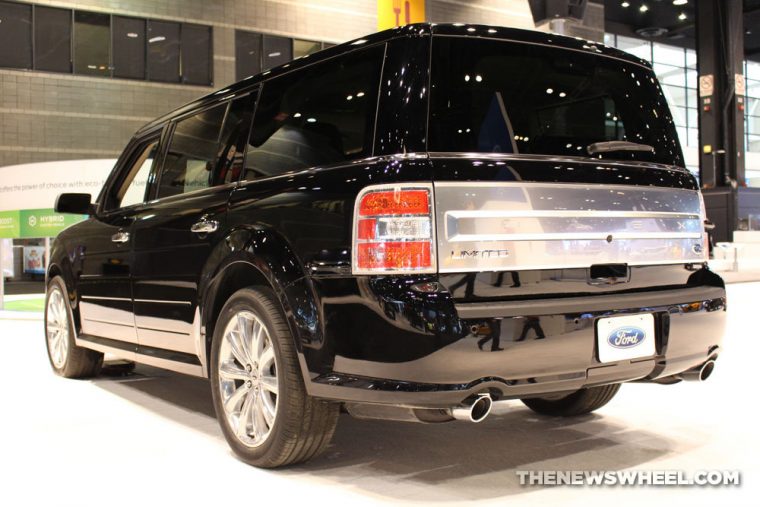 Like other new Ford models, the 2016 Flex comes with Ford’s MyKey technology, which allows owners to preset the vehicle’s top-speed and stereo volume for when other drivers are operating their vehicle. In crash testing performed by the Insurance Institute for Highway Safety, the 2016 Flex scored the highest rating of ‘Good” in the side-impact, head-restraint, and roof-strength tests, but only earned the second-best rating of “acceptable” in the difficult small-overlap frontal-offset impact examination.

Need More Speed? Check out these 10 GM cars and trucks with more than 400 horsepower for 2016