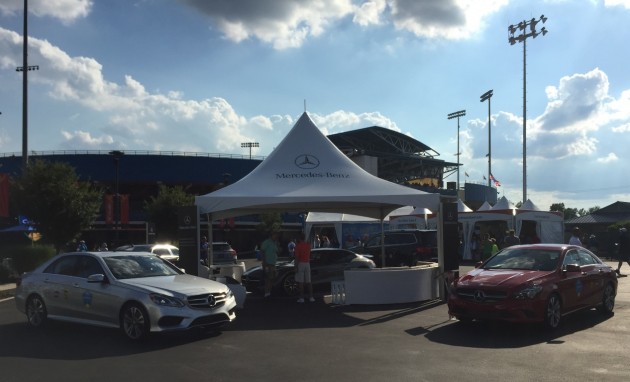 This year’s 2015 Western & Southern Open has brought the world’s top-ranked men’s and women’s tennis players to southwestern Ohio for one week of thrilling competition. Held at the Lindner Family Tennis Center in Mason, this is one of the most open and intimate venues in the game, and spectators will sometimes be surprised to meet players walking near the South and West sides of Center Court, or signing autographs after a practice.

In the area outside of the Grandstand and Center courts, fans can enjoy comfortable seating, live music, ping pong tables, and a smattering of overpriced food and beverage options. Several long-running Cincinnati restaurant chains are represented, from Skyline Chili to LaRosa’s Pizza, alongside fancier fare like Tony’s of Cincinnati shrimp nachos and $14 prime rib hoagies.

You can even buy Moët & Chandon champagne in a six-ounce plastic cup for God-only-knows how much money (there were no prices posted at that particular concession stand, and I figured that if you have to ask, you can’t afford it). 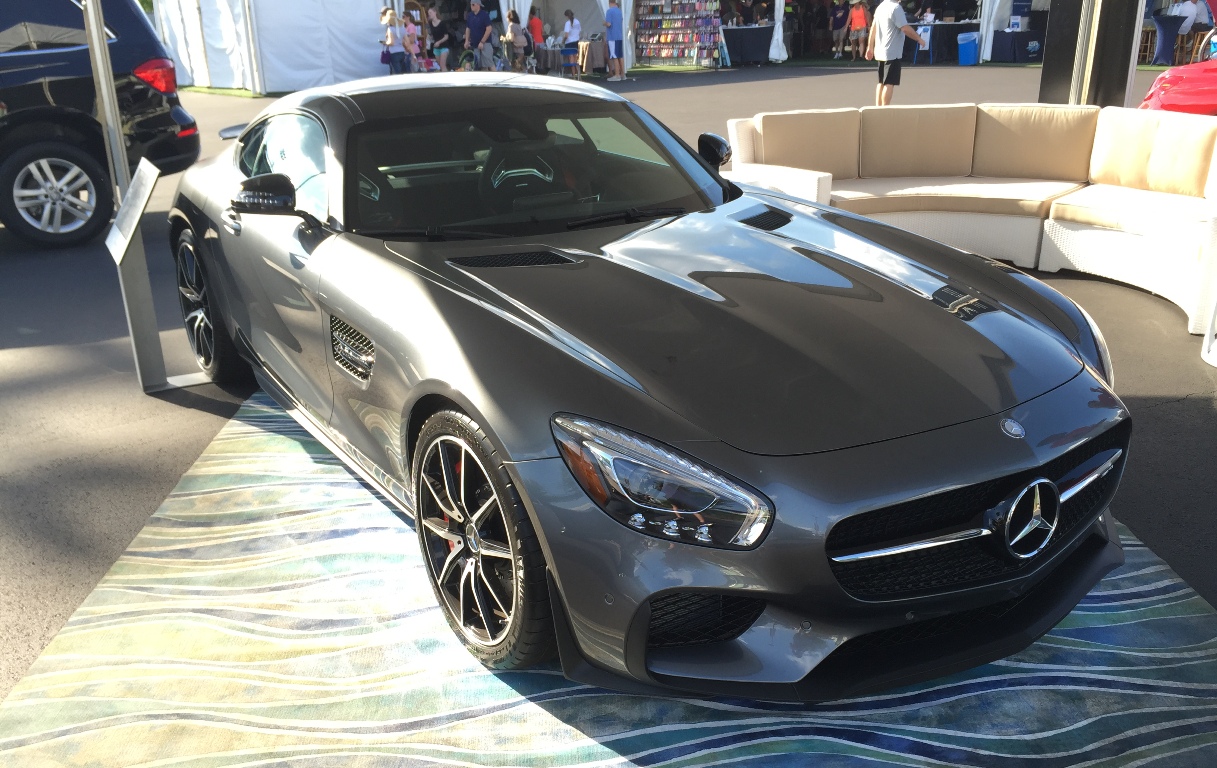 In this week-long celebration of strength, grace, and affluence, it only makes sense that the largest display would be reserved for Mercedes-Benz. And while the German automaker brought several models along, ranging from the E-Class to the S-Class sedan, the true star of the show—the Novak Djokovic of cars, if you will—was the stunning 2016 Mercedes-AMG GT S.

Mercifully spared the ugly tennis-ball-themed paint job that Mercedes used on the GT it gave to Rafael Nadal back in June, this $130,000 luxury performance vehicle looked gorgeous wearing a Selenite Grey Metallic exterior. It’s uncertain which will provoke more hungry stares: this car, or No. 2 seed Maria Sharapova.

Considering the car’s 503-horsepower biturbo V8 engine, it’s a shame that none of the practice courts were converted into test-drive tracks for the event.

Mercedes-Benz has been a marque supporter of professional tennis since 1996, and acts as the Official Vehicle of the US Open, which will begin in New York on August 31st. This week, Mercedes-Benz Brand Ambassador and fan favorite Roger Federer is competing for an unprecedented seventh title at the Western & Southern Open.

Should the Swiss superstar win, it would be a nice coup for Mercedes.Of course, it’s clear that the automaker already has plenty of nice coupes…