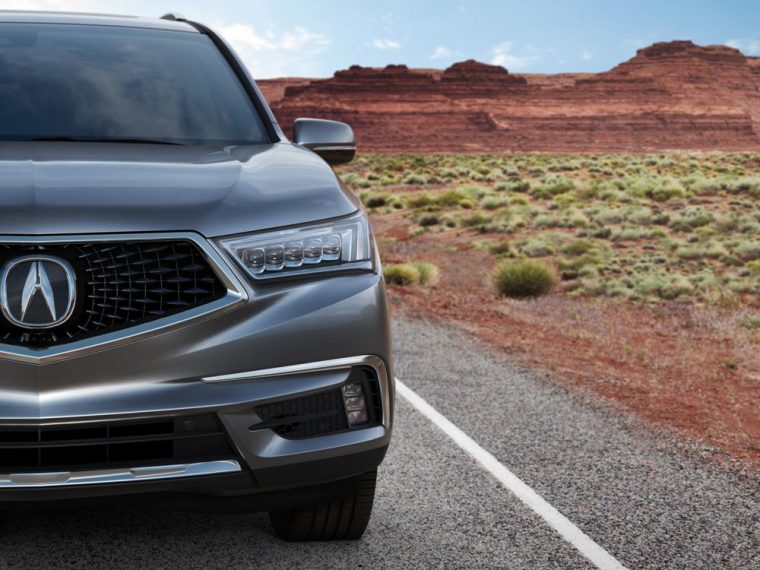 The 2017 Acura MDX will be available at dealerships starting June 22nd and this three-row luxury SUV will carry a starting MSRP of $43,950.

The new Acura MDX will be powered by a 3.5-liter V6 engine that’s good for 290 horsepower and 267 lb-ft of torque. In addition, the MDX will come standard with front-wheel drive, but more advanced Super Handling All-Wheel Drive (SH-AWD) will also be available for the new MDX.

The exterior of the ‘17 MDX will wear the Acura Diamond Pentagon grille that first appeared on the Precision Concept, while 20-inch wheels will be offered with the SUV for the first time. The new MDX also comes with many other design tweaks. Everything from the hood to the rear bumpers has been revised and the rear of the MDX is highlighted by a dual exhaust system with bright finishers.

The backup camera in the 2017 Acura MDX

In terms of safety, the 2017 Acura MDX has already earned the best possible safety rating of five stars from the National Highway Traffic Safety Administration (NHTSA) and Acura expects the MDX to earn Top Safety Pick+ honors from the Insurance Institute for Highway Safety (IIHS).

“We’re raising the Acura MDX’s game for 2017 with premium new features and technologies that luxury SUV buyers want, complemented by bold, new styling we know they’re going to love,” said Jon Ikeda, vice president and general manager, Acura Division. “Backed by its high-performance credentials, the 2017 MDX has advanced its competitiveness and will continue its legacy of leadership as the best-selling three-row luxury SUV in America.”

Furthermore, a new Sport Hybrid Super Handling All-Wheel Drive version of the MDX is scheduled to join the rest of the lineup later this year.

Video: Check Out the 2017 Acura MDX in Action