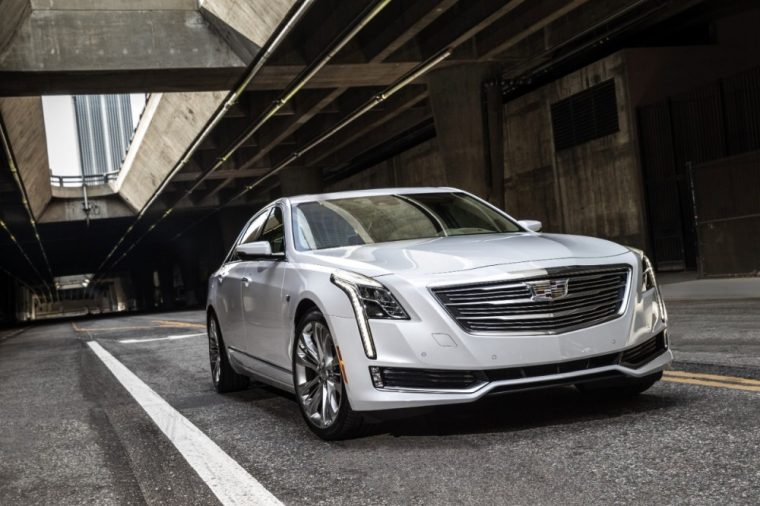 Cadillac is looking to make a big impression with its new flagship sedan
Photo: © General Motors

Everybody seems to love the new Cadillac CT6 sedan.

Consumer Reports praised the new Caddy’s handling and quiet interior; the man who bid $200,000 for the right to own the first CT6 said, “It’s terrific”; and now all those concerned citizens focused on protecting the environment might also have reason to praise the new CT6.

While the Cadillac CT6 plug-in hybrid variant made its public debut a last year’s Shanghai Motor Show, specific details about this hybrid vehicle are just being released. The CT6 hybrid will be powered by three unique motors, as well as an 18.4-kWh lithium ion battery pack, which can also be found in the new Chevrolet Volt.

The main engine used in the CT6 hybrid is a turbocharged 2.0-liter four-cylinder direct-injection gasoline motor that’s good for 266 horsepower. That engine is complimented by two electric motors, one of which is an induction motor, while the other is a permanent-magnet motor. Those three sources of power combine for a total output of 449 horsepower. In addition, Cadillac estimates the CT6 plug-in hybrid can accelerate from 0 to 62 mph in just 5.6 seconds and has an all-electric range of 37 miles.

The battery for the CT6 hybrid will be constructed at GM’s Brownstone plant in Michigan and the permanent-magnet motor will be built at the plant in White Marsh, Maryland. However, while those specific components will be built in the United States, the overall construction of the Cadillac CT6 plug-in hybrid will occur in China.