The 2017 Cadillac CTS-V is a midsize performance sedan that carries a starting MSRP of $85,595. The new CTS-V is the fastest vehicle in the 114-year history of Cadillac.  This sedan only needs 3.7 seconds to accelerate from 0 to 60 mph and can reach a top speed of 200 mph, which is made possible thanks to the supercharged V8 engine that it borrows from the Corvette Z06. Built in the United States, the Cadillac CTS-V is General Motors’ answer to German super sedans such as the Mercedes-AMG E63, Audi RS 7, and BMW M5.

Car Care 101: Do you know which car part keeps contaminants from your fuel? 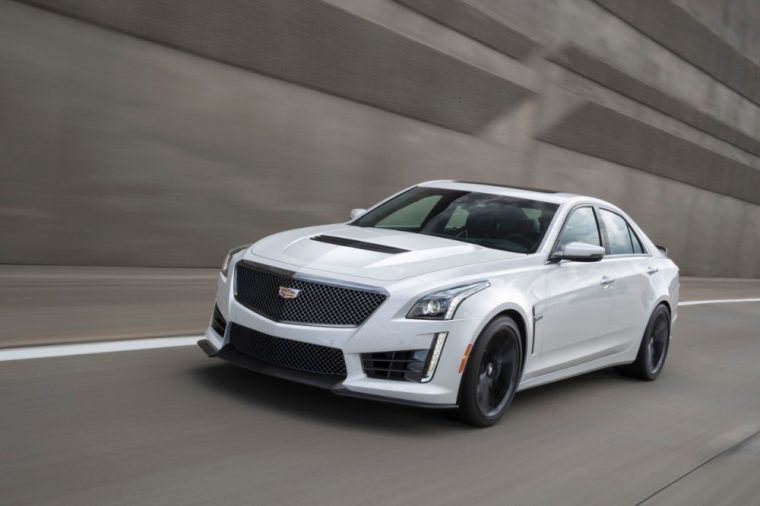 The 2017 Cadillac CTS-V comes with GM’s new Teen Driver safety technology, as well as the new rear camera mirror that made its debut inside the 2016 Cadillac CT6. On top of these new features, the 2017 CTS-V is also available with a new Carbon Black package, which adds a Black Chrome grille and After Midnight dark finish wheels to the CTS-V. 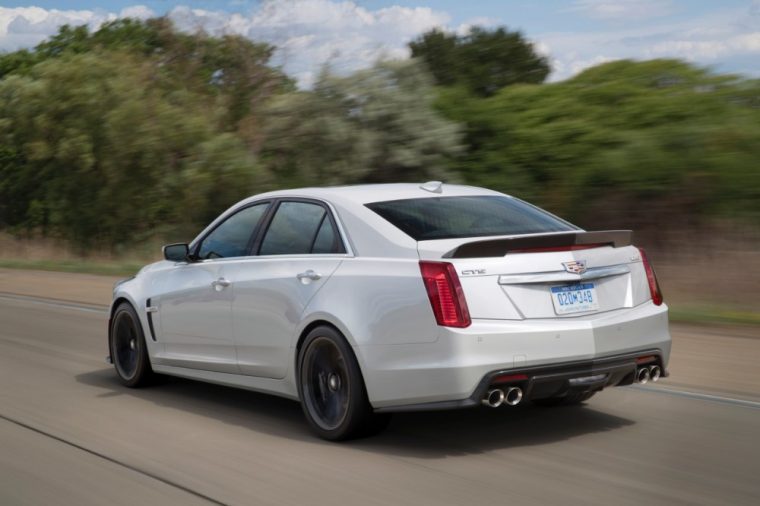 In years past, the Cadillac CTS-V was available in sedan, coupe, and wagon body styles, but GM decided to do away with both of the coupe and wagon variants, leaving only the sedan model. The 2017 Cadillac CTS-V is easily recognizable thanks to its rippled hood, muscular fenders, and V-Series mesh grille. Other standard features for the 2017 Cadillac CTS-V include LED taillights, high-performance Brembo brakes, and 19-inch alloy wheels. However, if consumers desire a bit more style and flair, they could opt for the Carbon Black package, which automatically adds all of the same features that are offered in the Carbon Fiber package. That list of features includes a carbon fiber rear spoiler and hood vent. Exterior color options for the 2017 Cadillac CTS-V includes Black Raven, Radiant Silver Metallic, and Red Obsession Tintcoat.

Exterior available on the 2017 Cadillac CTS-V 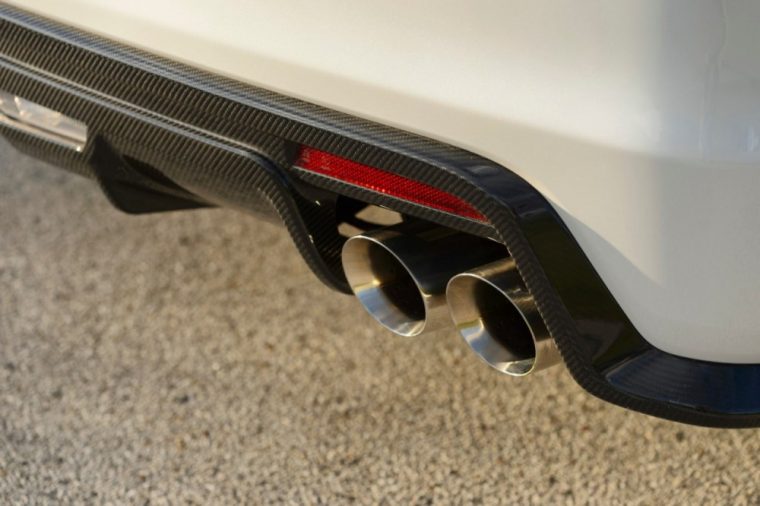 Every 2017 Cadillac CTS-V sedan comes standard with a 6.2-liter supercharged V8 engine that’s good for 640 horsepower and 630 lb-ft of torque. That’s the same engine that General Motors also uses in the Corvette Z06 sports car, as well as the upcoming Camaro ZL1 muscle car. In addition, each CTS-V also comes standard with an eight-speed automatic transmission, which sends power to the rear wheels. Other unique features that come with the CTS-V include GM’s Magnetic Ride Control suspension system and the ability to choose from four unique driving modes, which are Sport, Track, Tour, and Snow. 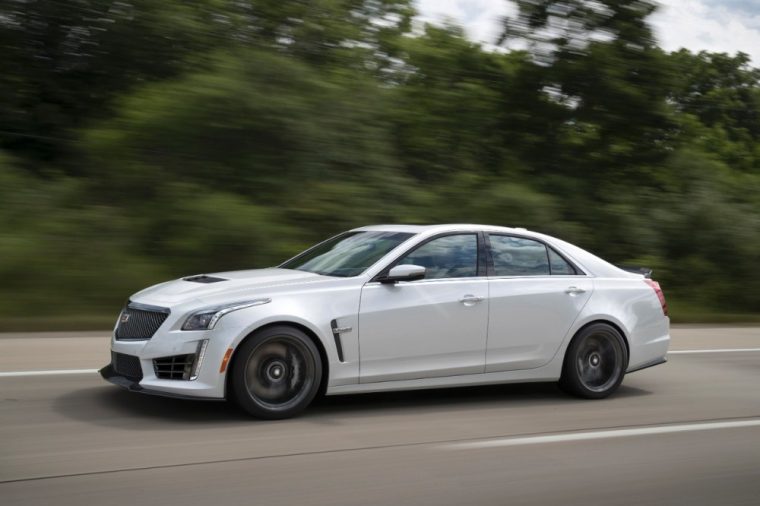 In order to achieve the best fuel economy possible, the engine inside the new Cadillac CTS-V uses all of GM’s newest fuel-saving technologies, including direct injection, continuous variable valve timing, and active fuel management. The latter can shut down four of the engine’s eight cylinders when they aren’t needed to save on gas. These advanced technologies help the 2017 CTS-V achieve EPA-estimated fuel economy of 14 mpg in the city and 21 mpg on the highway.

The Cadillac CTS-V comes standard with a 19-gallon fuel tank. 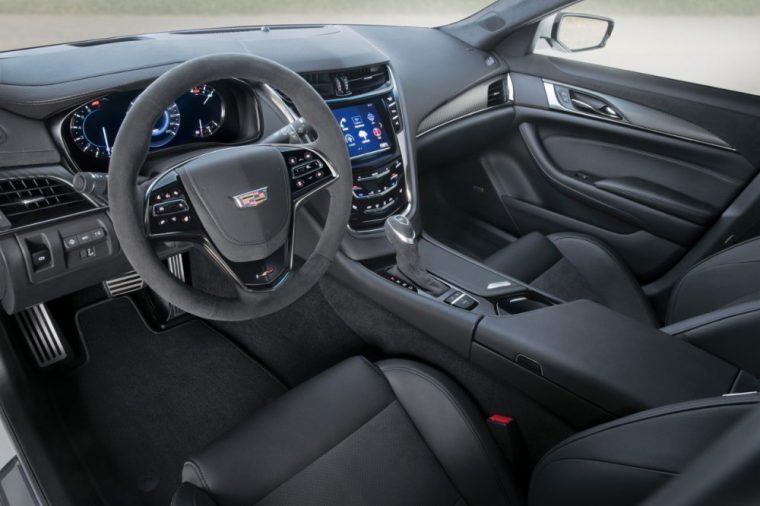 While most of talk surrounding the CTS-V is focused on its incredible performance capabilities, the sedan also comes with a comfortable and high-tech cabin that’s filled with desirable creature comforts. Besides typical features such as a rearview camera, heated seats, and dual-zone climate control, the new CTS-V also features Cadillac’s CUE infotainment system, which provides a navigation system, as well as Apple CarPlay and Android Auto compatibility. On top of those entertainment features, the Cadillac CTS-V also comes with a 13-speaker Bose audio system so the driver can listen to all of their favorite tunes while they zip from 0 to 60 mph in just 3.7 seconds. Also, for drivers concerned about the storage space in their performance sedans, the trunk of the new Cadillac CTS-V provides 13.7 cubic feet of cargo space.

Interior available on the 2017 Cadillac CTS-V 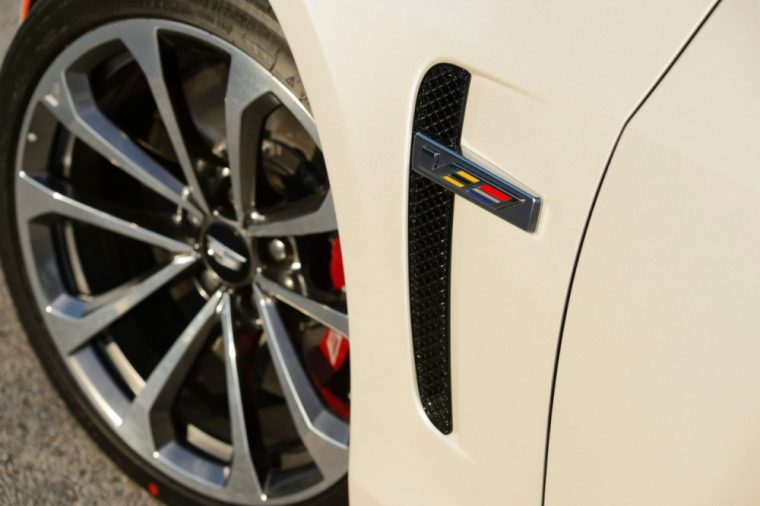 While the federal government has yet to test the Cadillac CTS-V super sedan, it has tested the regular Cadillac CTS without the supercharged engine and the results were good. The Cadillac CTS earned the National Highway Traffic Safety Administration’s best possible overall safety rating of five stars. Each new Cadillac CTS-V comes equipped with front and rear parking sensors, a rearview camera, and antilock brakes, as well as traction and stability control. In addition, the Cadillac CTS-V also comes standard with a number of advanced safety technologies, such as lane departure warning, blind-spot monitoring, Cadillac’s Safety Alert Seat, rear cross-traffic alert, and forward collision alert.

Want A New Cadillac? Check out the ten best reasons to buy one