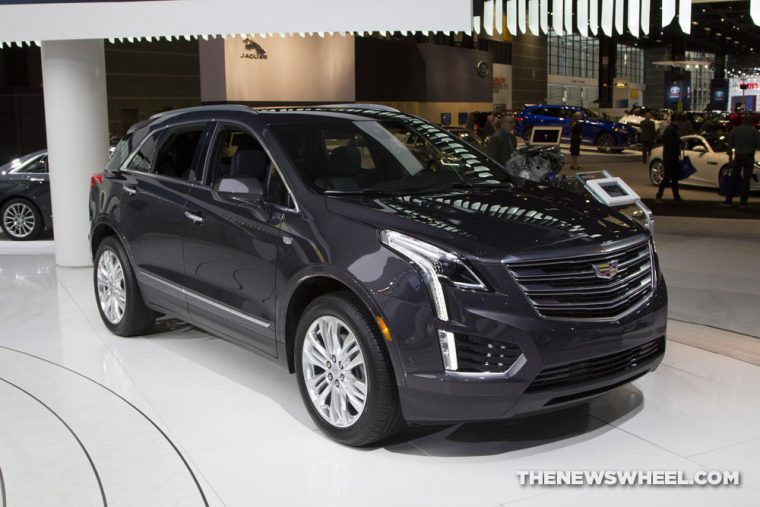 Once upon a time, the SRX crossover was Cadillac’s best-selling vehicle, but it was replaced earlier this spring by the new Cadillac XT5. This latest crossover has already achieved something the SRX hadn’t since 2013.

Thanks to a redesigned body structure, numerous standard safety features, and an available Driver Assist package, the 2017 Cadillac XT5 was named a Top Safety Pick+ by the Insurance Institute for Highway Safety (IIHS).

To receive this honor, the XT5 had to receive “Good” ratings in each of the IIHS’s crashworthiness tests, which include head restraints and seats, moderate overlap front, small overlap front, side, and roof strength tests. In addition, to receive the “+” rating–on top of being a Top Safety Pick–a vehicle has to receive an “advanced” or “superior” rating for its crash avoidance and mitigation capabilities. The Cadillac XT5 was able to achieve this thanks to its Driver Assist Package. This suite of advanced safety equipment includes front and rear automatic braking, adaptive cruise control, automatic park assist, automatic safety belt tightening, and automatic collision braking.

“Passenger safety was one of our top priorities when we engineered the XT5,” said XT5 Chief Engineer Paul Spadafora. “We equipped the XT5 with Cadillac’s full set of driver awareness and driver assistance systems to aid collision avoidance. Just as importantly, we designed an advanced structure that is both stiffer and lighter, for excellent crashworthiness. This included a revised front structure that specifically targets the challenging offset barrier scenario.”

It should be noted that the platform used with the 2017 Cadillac XT5 is also featured on the redesigned 2017 GMC Acadia, so there’s reason to suspect that more GM models could earn Top Safety Pick+ honors in the not too distinct future.