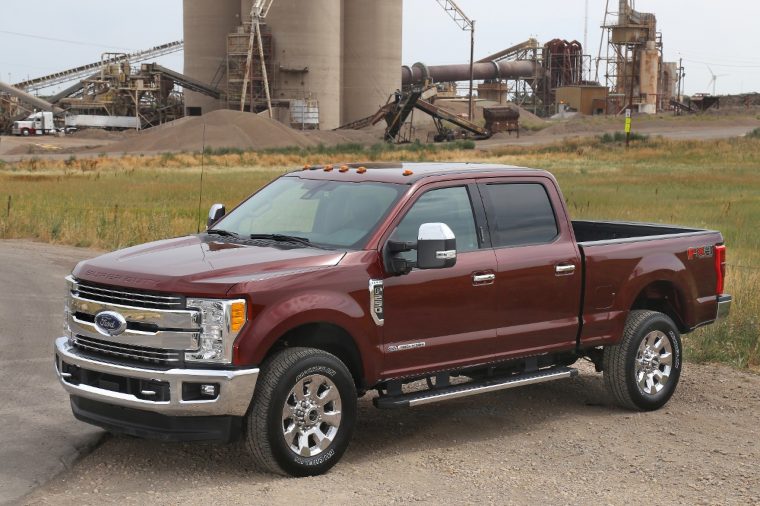 The all-new 2017 Ford F-Series Super Duty beat out the Honda Ridgeline and Nissan Titan to take home the title of 2017 Detroit Free Press Truck of the Year.

The new Super Duty, which also recently earned the title of Motor Trend Truck of the Year and took home the title of Truck of Texas at the prestigious Texas Truck Rodeo this past fall, earned top honors from critic Mark Phelan, who lauded the truck everything from its application of aluminum body panels to the lighter-yet-stiffer high-strength steel frame to Ford’s decision to build its Super Duty chassis cabs in Ohio.

Consistent with the development of the next-generation F-150, Ford made its new Super Duty lighter, stronger, more capable, and more intelligent than any other truck to come before it. Among the new features available with the 2017 F-Series Super Duty are the new Trailer Reverse Guidance system and Adaptive Cruise Control, just two of 14 class-exclusive technological features that Ford has employed in its heavy-hitting next-gen Super Duty.

According to Phelan, the Super Duty boasts “features unmatched by other heavy-duty pickups [including] adaptive cruise control, variable ratio steering, front collision alert, [and] blind spot alert you can adjust to work with various trailer lengths.”