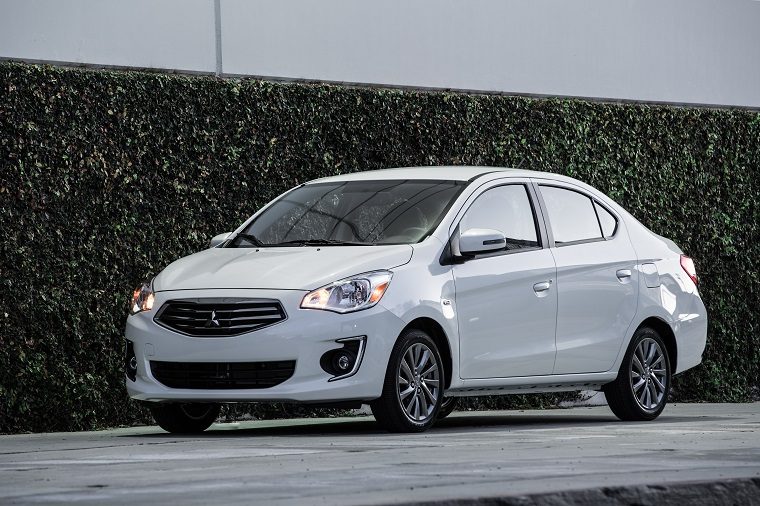 The 2017 Mitsubishi Mirage G4 brings a whole lot of value into the subcompact sedan segment. As a four-door version of the pre-existing Mirage hatchback, it should really come as no surprise that this tiny sedan is one of the cheapest on the market. With optional Apple CarPlay and Android Auto compatibility, the Mirage G4 is able to keep everyone connected while out on the road, while its tiny size makes it easier to avoid the gas pump. For consumers that want a cheap, eco-friendly, gasoline-powered sedan, the Mirage G4 is a dream.

A Car for the Younger Generation: See why the Mirage is the perfect car for millennials 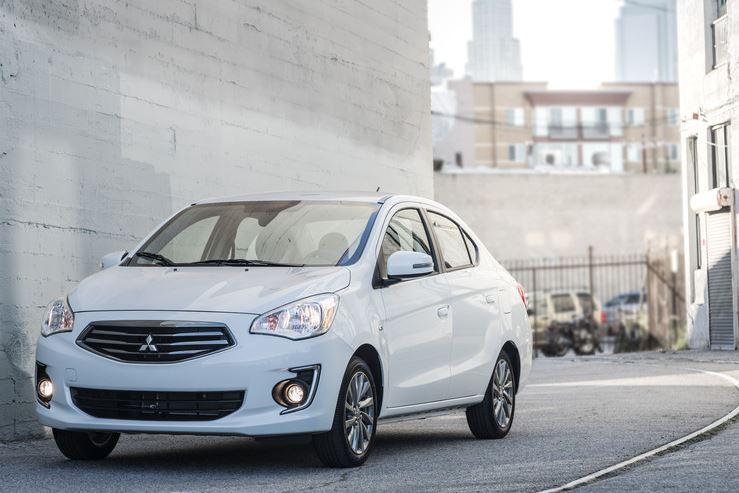 The 2017 Mitsubishi Mirage G4 is an entirely new model. It is the sedan version of the 2017 Mirage hatchback. 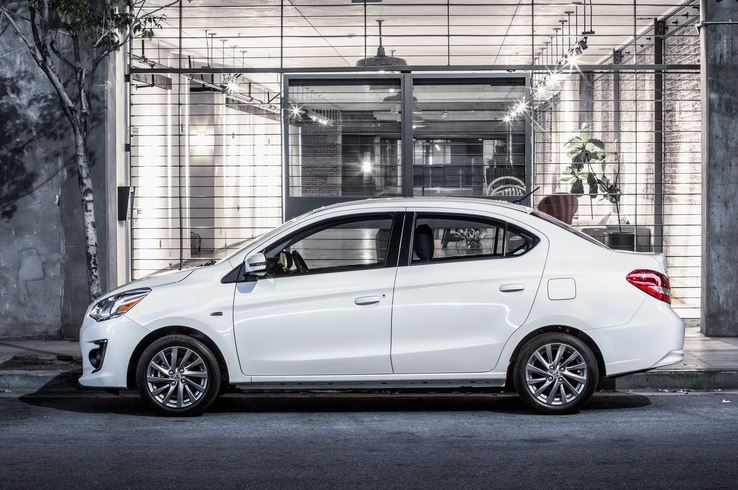 The G4 sedan takes the hatchback’s adorable design, and adds a trunk. Its small stature is highlighted by smooth lines and sculpted angles. This sedan even has a specially designed front fascia that is slightly different than that of the Mirage hatchback. There’s no doubt that the Mirage G4 is the attractive subcompact to come out of Mitsubishi. Standard features like halogen headlights and color-keyed front and rear bumpers make this sedan truly stand out.

Exterior available on the ES:

Exterior available on the SE: 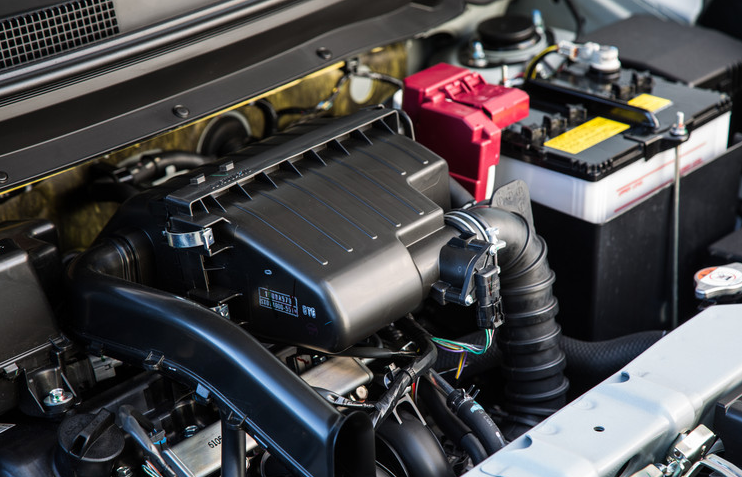 Mitsubishi has outfitted the 2017 Mirage G4 sedan with a standard 1.2-liter three-cylinder engine. This engine allows for some extra peppy performance, generating only 78 horsepower and 74 lb-ft of torque. The 1.2-liter engine is mated to a standard five-speed manual transmission, though a Continuously Variable Transmission (CVT) is also available and comes standard on the SE trim level. 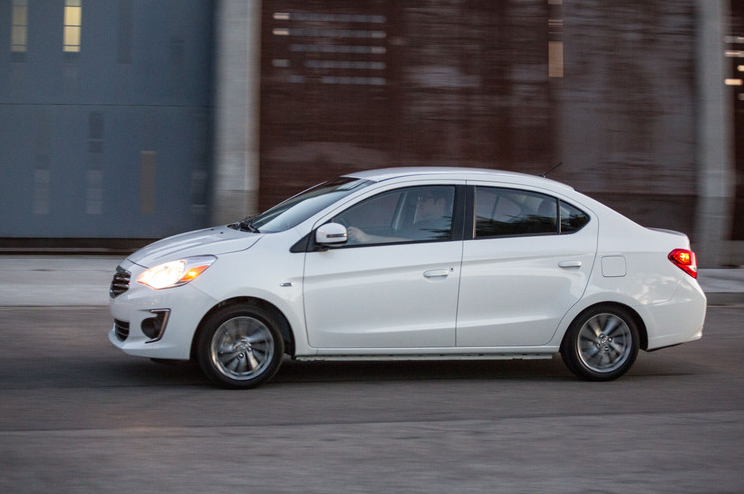 When it comes to fuel economy, there are very few gasoline-powered sedans that can beat the Mirage G4—if there are even any at all. The five-speed manual model gets 33 mpg city and 40 mpg highways, which offers consumers 35 mpg combined. For those consumers that get the CVT model, the fuel ratings get even better with an EPA-estimated 35 mpg city and 42 mpg highway coming together for a 37 mpg combined. 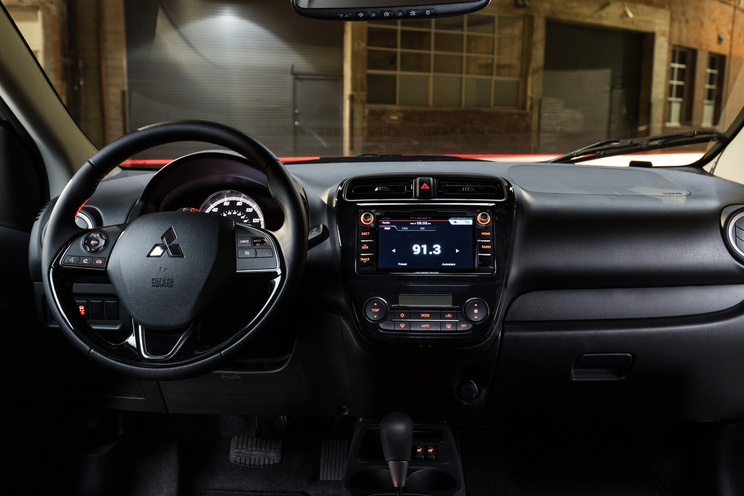 As you might expect with such a low starting MSRP, the 2017 Mitsubishi Mirage G4 sedan’s interior isn’t exactly luxurious—but what lacks in quality materials, it makes up for with technology. This sedan is outfitted with Apple CarPlay and Android Auto capabilities, which means it mirrors the driver’s smartphone with ease. The cabin has a simple, modern design and a surprising amount of space for such a small car. It really is perfect for a daily commuter.

Interior available on the ES:

Interior available on the SE: 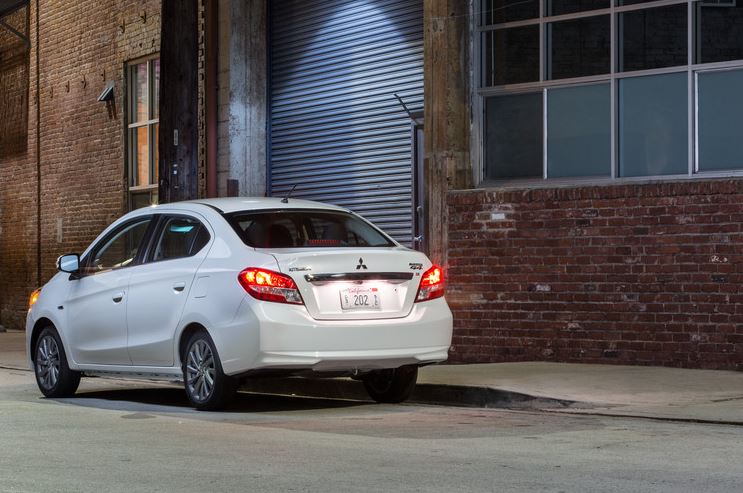 The 2017 Mirage G4 hasn’t been crash tested at the time of this posting, but it does offer a number of safety features that are sure to give you peace of mind while out on the road.

Stay Loyal: Find out why Mitsubishi Mirage owners stay loyal to the brand