The Beetle, the Bug, the Slug Bug, the Ladybug, the Turtle, The Bubble… no matter what you call it, “The People’s Car” has become an iconic, unmistakable car around the world. With its plump body, wide fenders, and round headlights, the Volkswagen Beetle remains a pillar of the automaker’s lineup year after year. 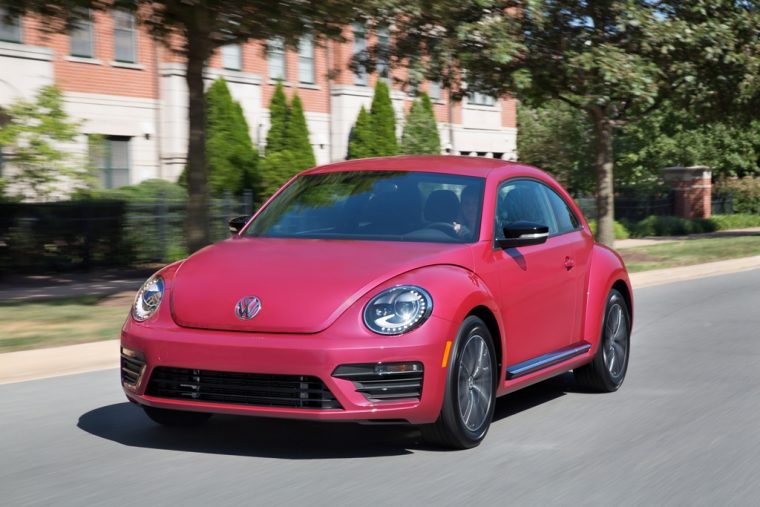 What’s New for the 2017 Volkswagen Beetle?

For the most part, there are minimal design and feature differences between the 2016 and 2017 Volkswagen Beetle. On the outside, the newest Beetle gets more pronounced bumpers. The Dune version, which was released at the end of the 2016 M.Y., is now available on the convertible version of the Beetle.

This year, a fun new trim called #PinkBeetle is available, filling the spunky bug with pink color touches inside and out. Additionally, the new Classic trim brings back some of the old-fashioned touches that made the original iteration such a hit. 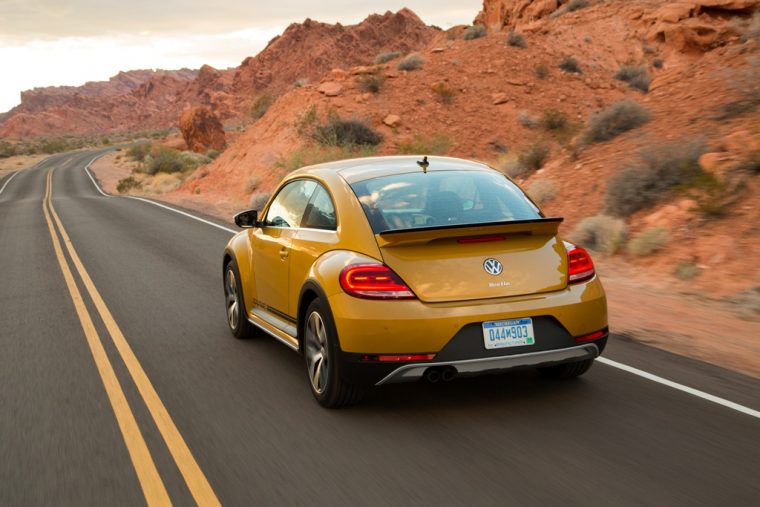 Nothing can match the magic and visual pizzazz of the VW Bug. Its rounded body has undergone slight alterations over the years, but it continues to remain an unmistakable design that’s as fun to look at as it is to drive. Its available body colors vary depending on the selected trim package, from hot pink to dark bronze metallic to bottle green metallic.

Exterior features on the 2017 Volkswagen Beetle 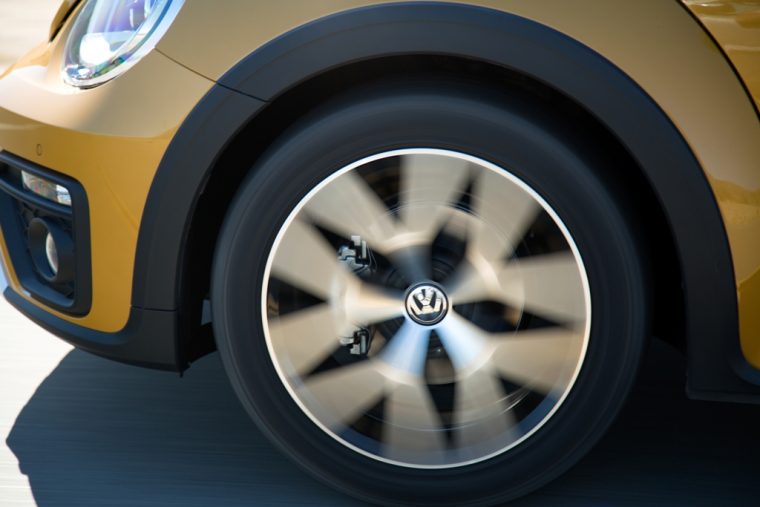 All configurations of the 2017 Volkswagen Beetle receive the same 1.8-liter inline four-cylinder, turbocharged/intercooled, FSI engine. It’s paired to a six-speed automatic transmission with Tiptronic, allowing drivers to essentially “switch gears,” as well as a Sport mode. That combination provides the 2017 Beetle with a maximum capability of 170 horsepower and 184 lb-ft of torque. While not intended to be a performance vehicle by any means, the Beetle’s general handling and power are adequate. 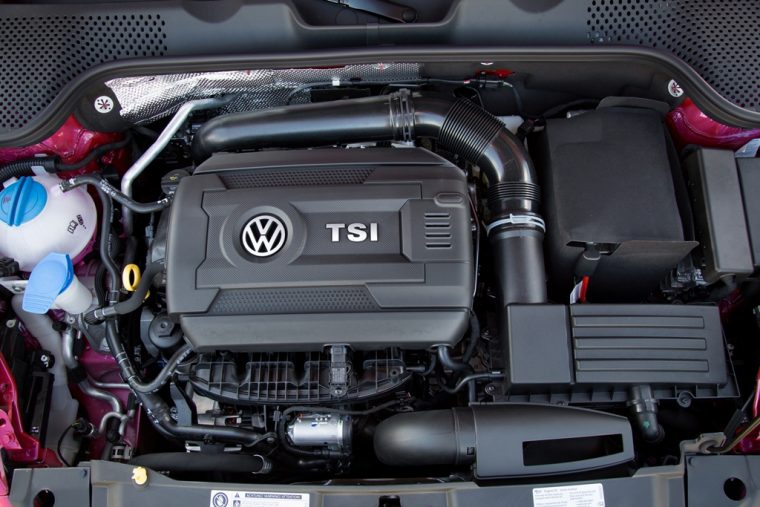 Considering all versions of the Beetle come with the same engine/transmission package, fuel efficiency is fairly consistent across the board. According to EPA estimates, which can vary with driving habits and conditions, the 2017 Beetle earns an average miles-per-gallon rate of 24 in the city, 33 on the highway, and 28 combined. The only scenarios that distinctly change the estimated mpg rate is the Dune version of the Beetle, which reduces efficiency to 24 mpg city/31 mpg highway; and the R-Line, which reduces the efficiency to 23 mpg city/33 mpg highway, due to their performance body enhancements. 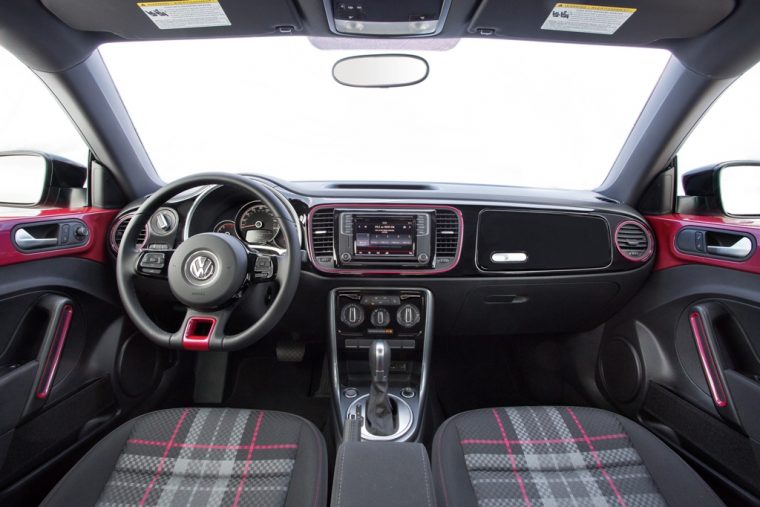 The inside of the Beetle is unusually spacious due to its unique round cabin. While its amenities aren’t necessarily top-of-the-line, its simplicity and accessibility make it a reliable and accommodating ride from behind the wheel. It’s recognized by Kelley Blue Book for its quiet and comfortable interior that sets it apart from its compact competitors. 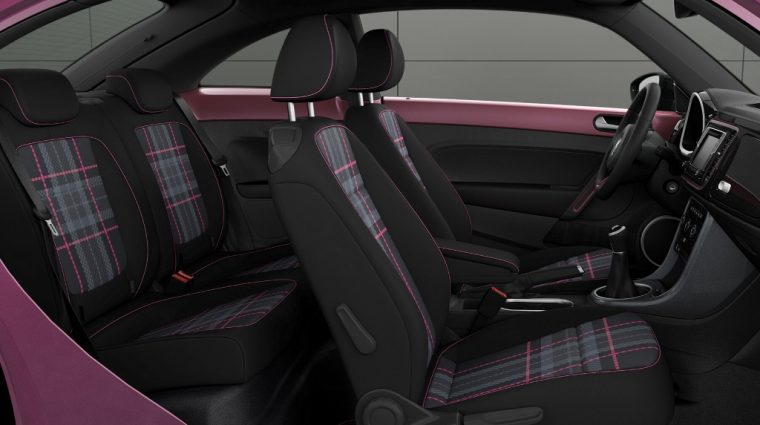 According to the IIHS’ crashworthiness evaluation, the 2017 Beetle received top scores of “Good” in all categories except Small Overlap Front, giving the vehicle an overall “Good” score. Similarly, the Beetle received 4-out-of-5 scores for Frontal Crash and Rollover by the NHTSA but full 5-point ranks in Side Crash and the overall score.