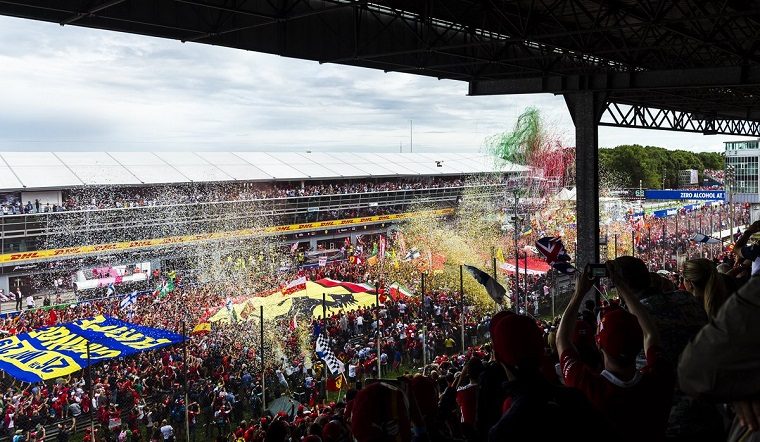 The tifosi still partied, though 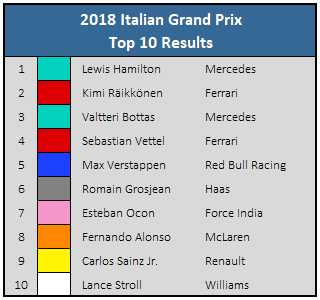 The 2018 Italian Grand Prix is always a special event simply by virtue of the enthusiasm of the tifosi, the die-hard Ferrari fans who come to the Formula One race in droves and then swarm the track during the podium ceremony to make it one of the best moments of the year (should you happen to drive for their team and actually make it to the top three).

Unfortunately for the tifosi, Ferrari hasn’t won in Italy since Fernando Alonso’s victory in 2010, and the last four years have been particularly depressing, with Mercedes leading every single lap since the start of the new hybrid engine era.

This time, though, there was hope. Ferrari had made major strides with its engine and looked to be the strongest team in 2018. It even locked out the front row of the grid, with Kimi Räikkönen taking a sensational pole position to mark his first since the 2017 Monaco Grand Prix.

Pit Stop: Why service your car at a dealership

But as seems to happen so often this year, optimistic Ferrari Saturdays tend to lead to a dire Sundays. Sebastian Vettel and Lewis Hamilton touched at the second chicane and Vettel came out the worst of it. His car was spun around and he promptly found himself in last place.

This not only meant that his championship rival was going to increase his points lead, but that he couldn’t help his teammate win the race. Once again Ferrari pulled the trigger too early, pitting Räikkönen several laps before he really should have, allowing Mercedes to keep Bottas out and use him to hold up the Ferrari driver while Hamilton eventually caught up on fresher tires.

After several laps of heroically keeping Hamilton behind, Räikkönen’s tires finally had enough and the Brit came through to win his fourth Italian Grand Prix in five years. Thanks to a bit of risky driving by Max Verstappen, who earned himself a penalty, Vettel managed to finish fourth despite the first-lap setback, but is now a full thirty points behind Hamilton in the championship.

While not an insurmountable hill to climb, there are only seven more races to go, and the trend of late has been one of Vettel going backward rather than forward.

Auto Rumors: New Cadillac CT5 Coupe could be on its way