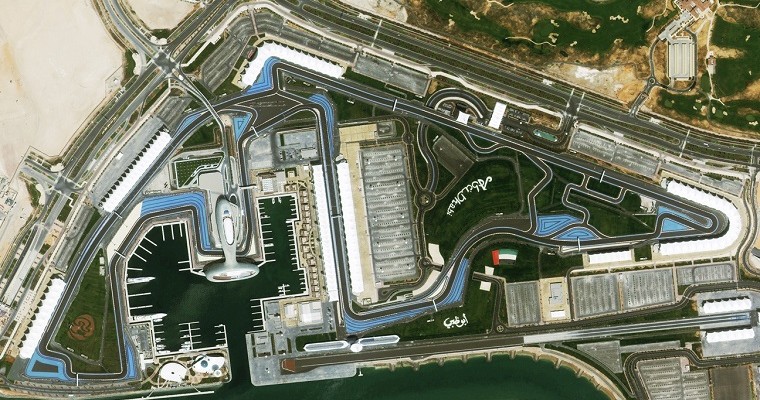 The question on everyone’s minds heading in the 2015 Abu Dhabi Grand Prix went more or less along these lines: would Nico Rosberg be able to steal a sixth consecutive pole from Hamilton and would he score three wins in a row for the first time in his F1 career? Could he show his teammate […] 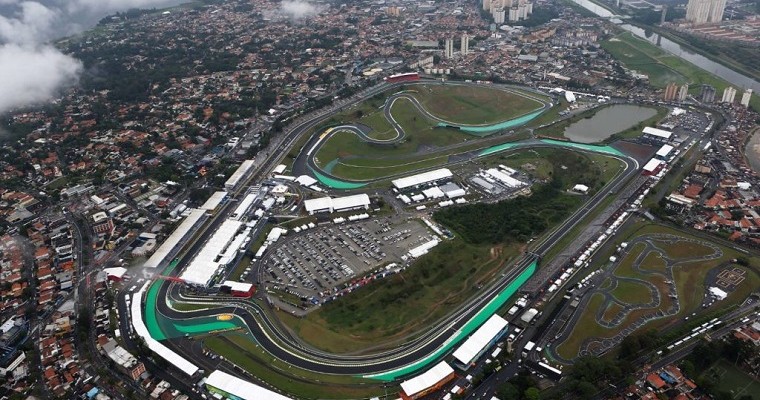 If you don’t watch Formula 1 and are looking for an exciting race to grab your interest in the sport, you can skip a viewing of the 2015 Brazilian Grand Prix. Though the moderately high altitude and changeable climate at the famous Interlagos circuit normally leads to fun, unpredictable races, it was unfortunately not the […] 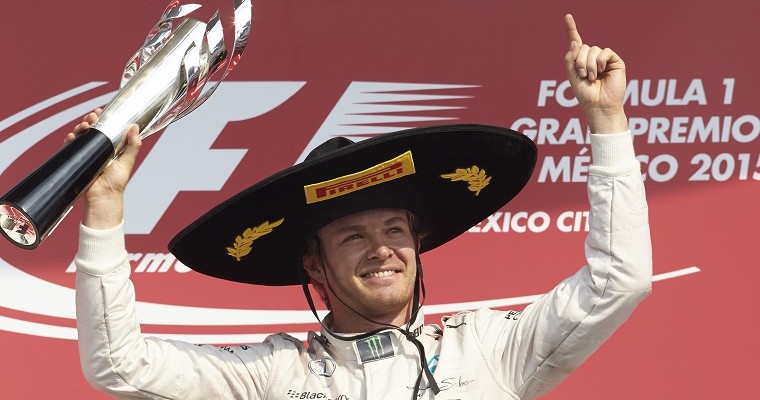 The 2015 Mexican Grand Prix at the Autódromo Hermanos Rodríguez in Mexico City was the first Grand Prix to take place in Mexico since 1992. It was one of several new venues to recently return to the Formula 1 calendar. Last year, the Austrian Grand Prix made a comeback after an 11 year hiatus and […] 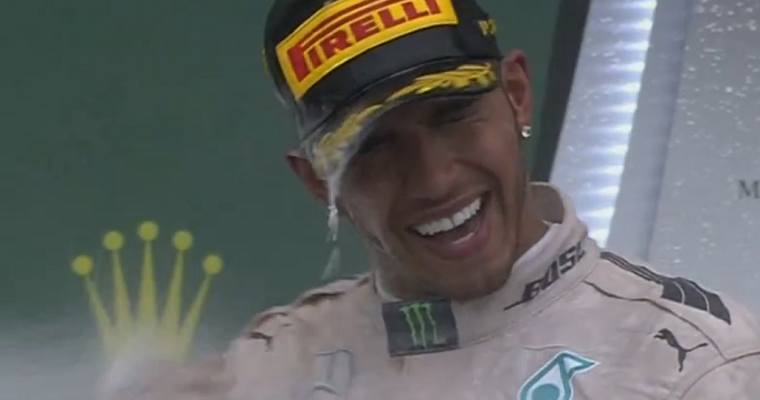 There will be no easy way to summarize this Grand Prix. The weekend was not punctuated but rather flooded by episodes of heavy rain, marked by important safety car periods, and highlighted by excellent driving all around. The race itself was as chaotic as it was entertaining, and it was quite entertaining. First—qualifying. Or rather, […] 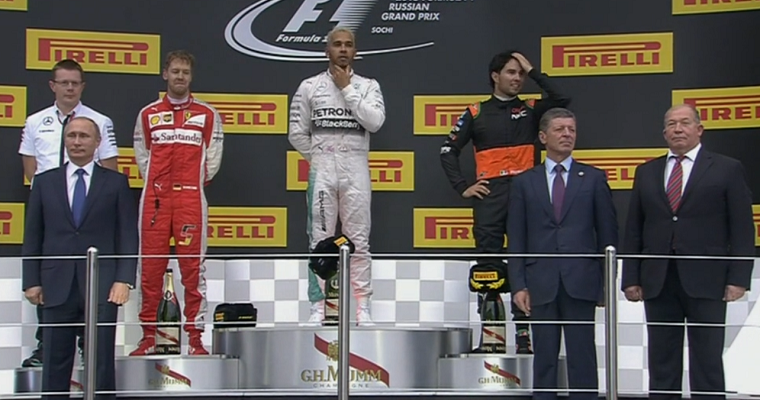 Well, nobody was expecting anything different, really. Mercedes arrived at Sochi for the 2015 Russian Grand Prix with the opportunity to secure the Constructors Championship with four races to go. All they needed to do was score 3 or more points than Ferrari—not a big ask given their performance this year. Coincidentally, they met the […] 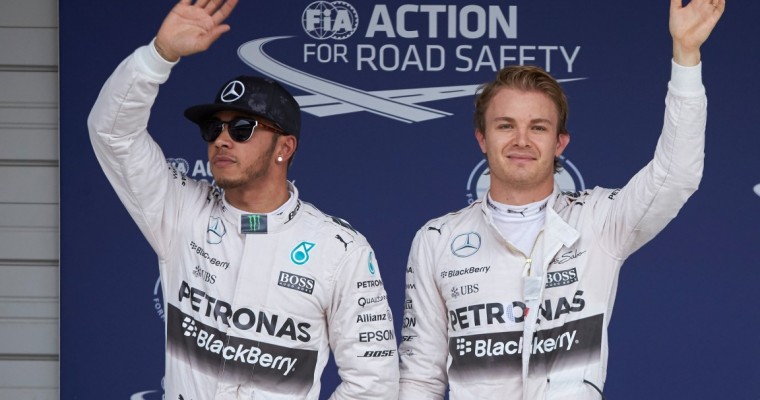 This recap will be a shorter one, but before I go on—put away your tinfoil hats, everyone, because Mercedes is back on top. After the last Grand Prix, where Mercedes was down about 1.5 seconds in pace after spending nearly the whole season 1.5 seconds ahead of everyone, some people were wondering what happened. Was […] 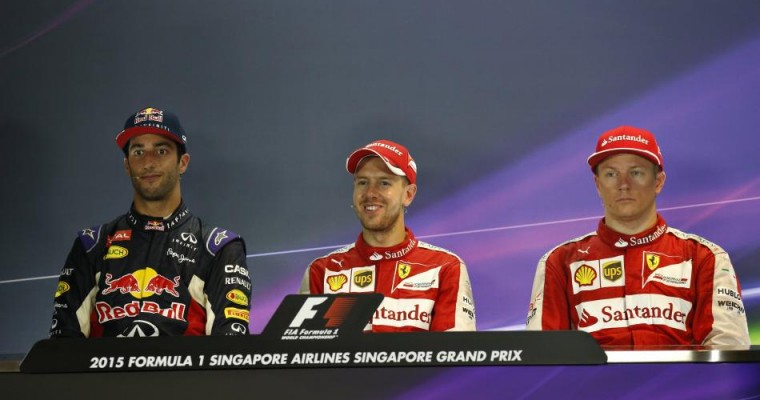 The 2015 Singapore Grand Prix was a dramatic and bizarre event. That’s the best way I can think to describe it. Though many things happened as expected, even more did not, and there were quite a few disgruntled faces on the paddock this weekend. There were also many happy faces, though most of those were […]

2015 Italian Grand Prix Recap: Not the Result the Tifosi Were Hoping For 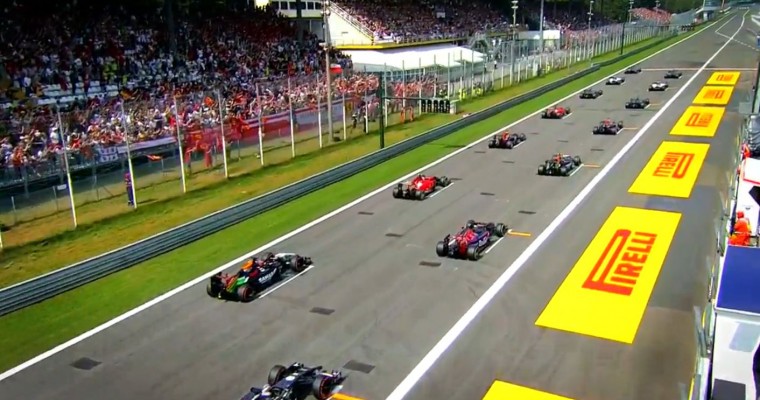 A few days before the race weekend, it was announced that Mercedes had used its remaining engine development tokens for the Italian Grand Prix, despite already having the most powerful engine on the grid. Most F1 fans figured that was the end of any team’s previous hopes of challenging the Silver Arrows, should they have […]

2015 Belgian Grand Prix Recap: Back to the Usual… Almost 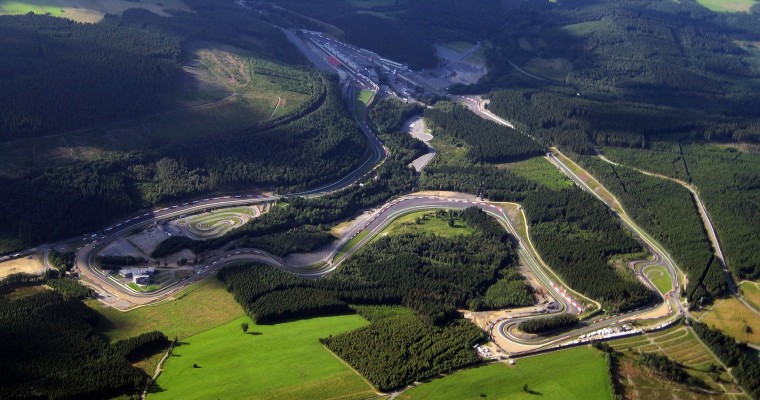 After a four-week summer break, the drivers were back in their cockpits for the Belgian Grand Prix at Spa-Francorchamps, one of the most fabled and famous circuits in the world for its fast-flowing old-style layout and the almighty Eau-Rouge corner. Read More: Why the 2015 Hungarian Grand Prix was “sweet, sweet chaos” As usual, Hamilton […] 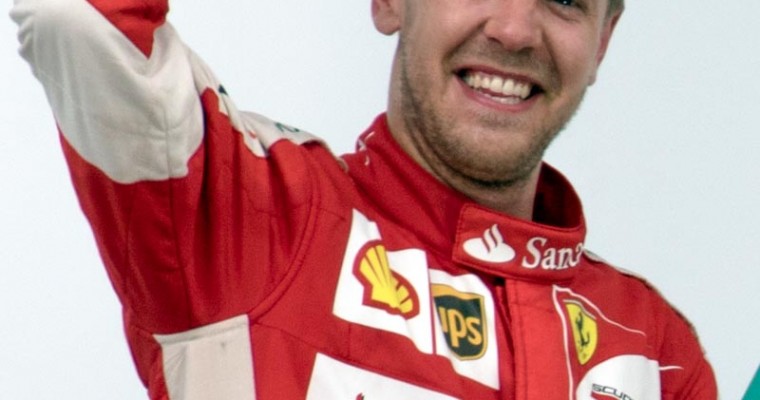 If you needed a good race to revitalize your interest in Formula 1, the 2015 Hungarian Grand Prix is a must-watch. Ferrari snatching the lead from Mercedes, a dramatic safety car restart, crashes and contact all around, unexpected upsets, and penalties handed out generously have no doubt made the race at the Hungaroring one of […] 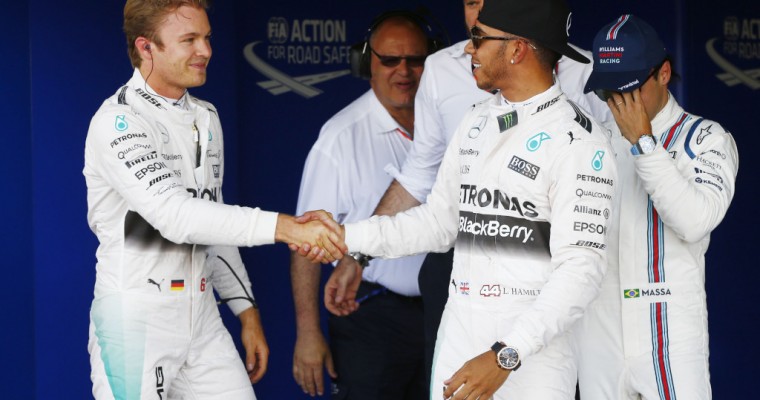 Just like all sports, Formula 1 is extremely results-driven—but sometimes, it’s about the journey and not the destination. Though the 2015 British Grand Prix concluded with a repeat of this season’s most common podium, the way the three drivers got there made for what was arguably the most entertaining race of the year. Hamilton was […] 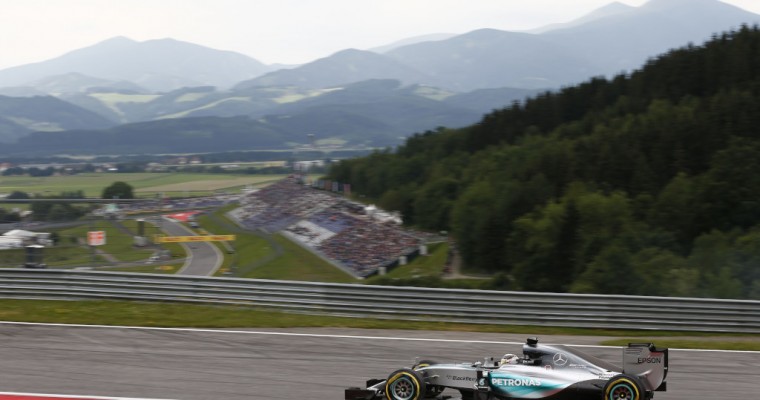 The Austrian Grand Prix is set at one of the loveliest locales in the whole calendar, with a history almost as rich and resplendent as the faunas, trees, and mountains the drivers and spectators can behold in the background of the short, nine-corner circuit. It was formerly known as the Österreichring, then the A1 Ring, […] 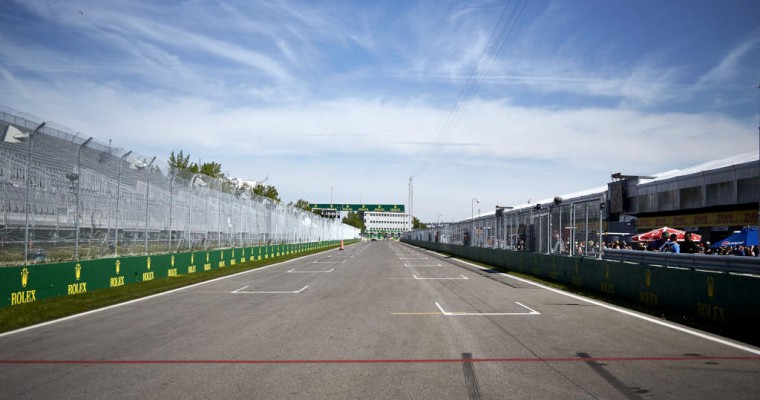 The 2015 Canadian Grand Prix was set to be a good one even before it had started—partly because it has that reputation and partly because two drivers were bound to give us a show. Saturday, an issue with his Ferrari’s energy recovery system prevented Vettel from qualifying any higher than 16th. Then he got slapped […] 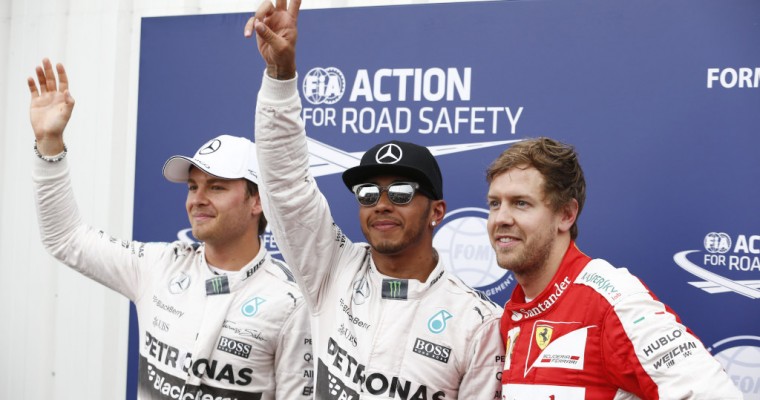 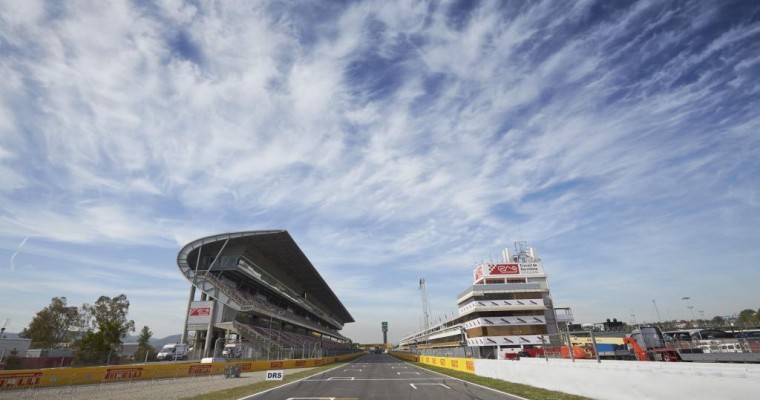 The Spanish Grand Prix is always an important one. It’s the first European race on the calendar and a favorite among teams as a testing ground. It pushes the cars to the limit in a number of ways that other tracks don’t and it’s the race to which many teams bring their first set of […]

2015 Bahrain Grand Prix Recap: The Iceman Is Back 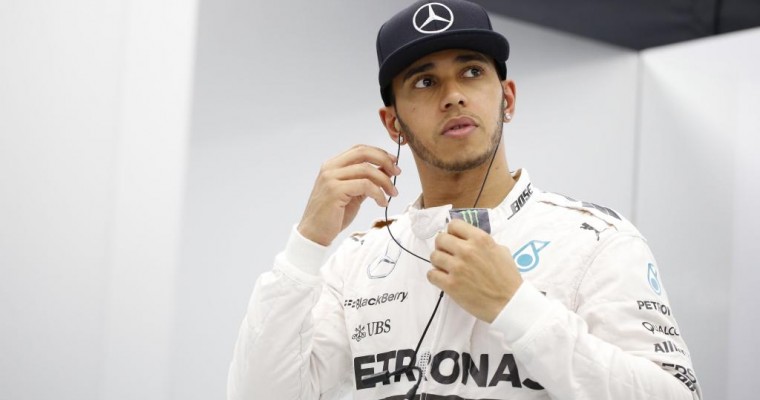 The Bahrain Grand Prix rarely fails to produce exciting races, and this past weekend was no exception. There was action all over the grid from start to finish, and though the wheel-to-wheel battles weren’t quite on the same level as that of Hamilton and Rosberg’s epic showdown last year, this time around the two Mercedes […] 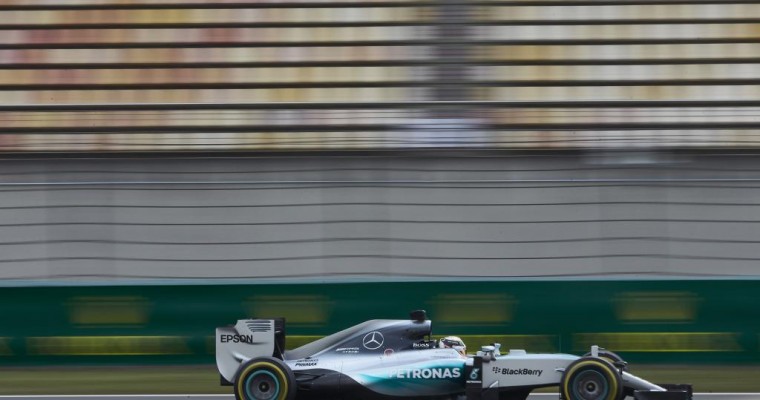 Three races and three podiums into the season, and we’ve still got the same three drivers on the podium. If that sounds boring, it hasn’t been. For the second time this year, Vettel trailed Rosberg and Hamilton, and for the second time as well, Räikkönen scored fourth place. Another top four for Mercedes and Ferrari. […] 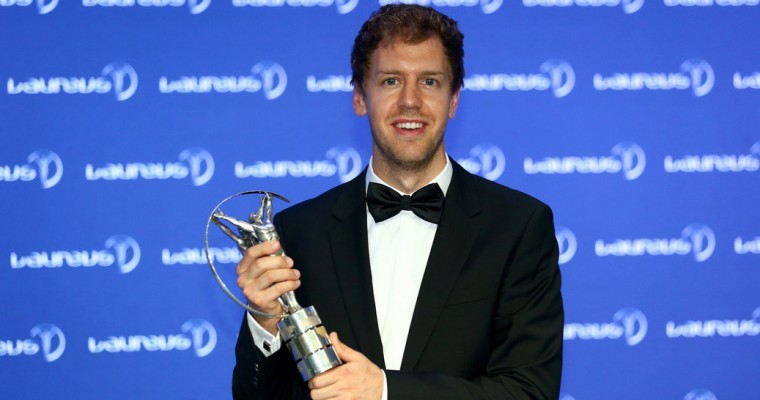 Welcome back to my F1 Recap series, where you get to read my totally expert and definitely unbiased opinions about the most recent Grand Prix. So let me just start by saying: what a weekend, and what a race! Read Also: 2015 Australian Grand Prix Recap The excitement started during Saturday qualifying, when a sudden […]