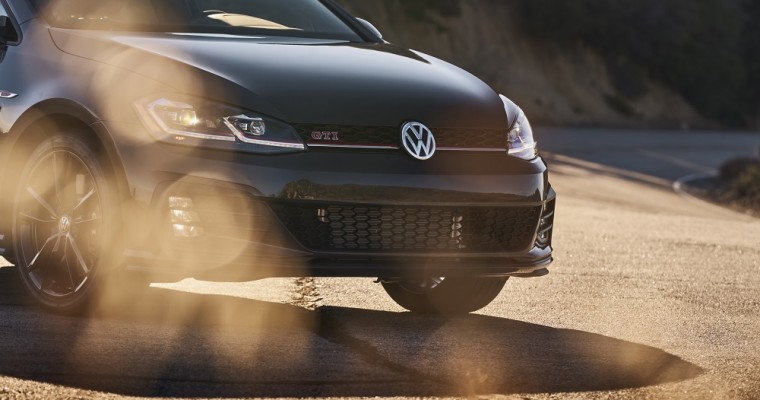 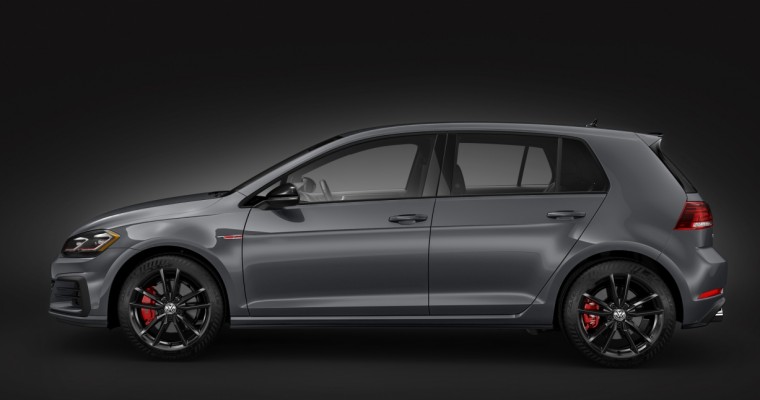 Popular Mechanics magazine named the 2019 Volkswagen Golf GTI its “Hatchback of the Year.” This is the second year in a row that the GTI took home honors in the magazine’s Automotive Excellence Awards. All in the Family: The Golf lineup is an awards fest The award speaks volumes for the model’s advancements in car […] 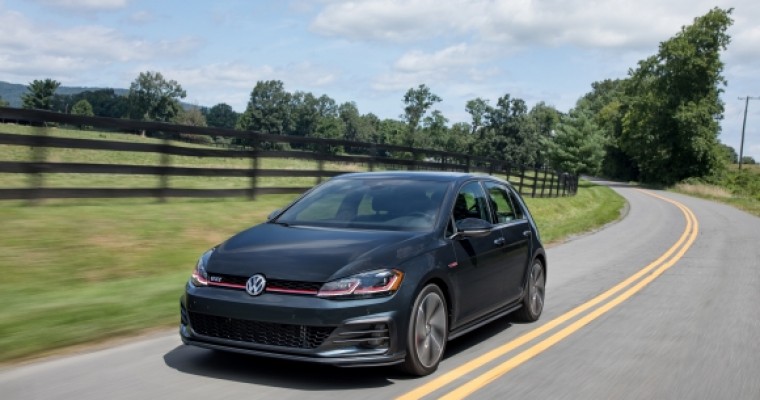 Driving should have an element of fun, and according to Cars.com, you can’t find a more fun car to drive than the Volkswagen Golf GTI. The editors at Cars.com are so positive that the Golf GTI delivers the most joy that they gave it the title of “Most Fun-to-Drive Car of the Year.” “Sports cars […] 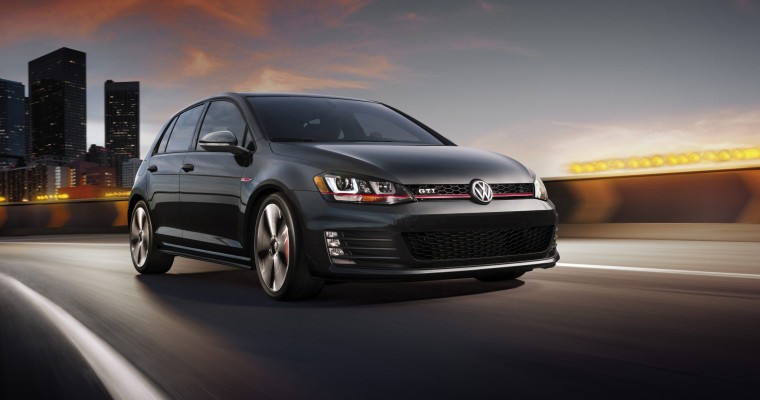 After bestowing the title upon the Tesla Model S in 2013 and the Chevy Corvette Stingray in 2014, Yahoo has now selected the Volkswagen Golf GTI as the 2015 Yahoo Autos Car of the Year. The GTI’s victory represents a significant step down in pricing from the Stingray and Model S, as both models retailed […] 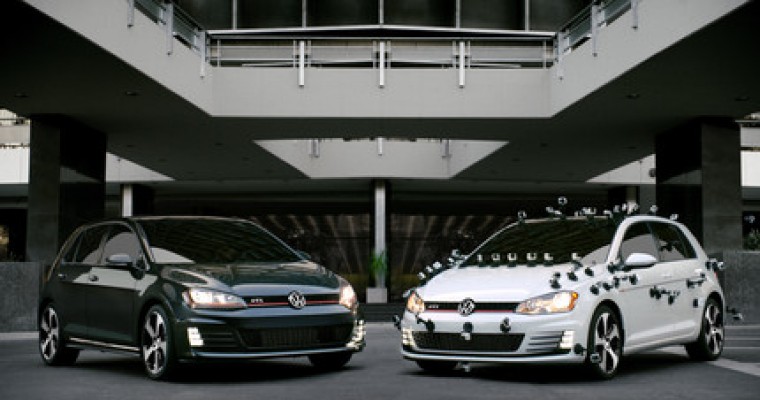 The all-new 2015 Volkswagen Golf GTI is finally hitting U.S. dealerships, and with it comes the performance and style we’ve come to expect from the iconic hatchback as well as all kinds of upgrades, including a more powerful yet more fuel efficient engine and an overall lighter, safer, and bigger car. [ See more images […] 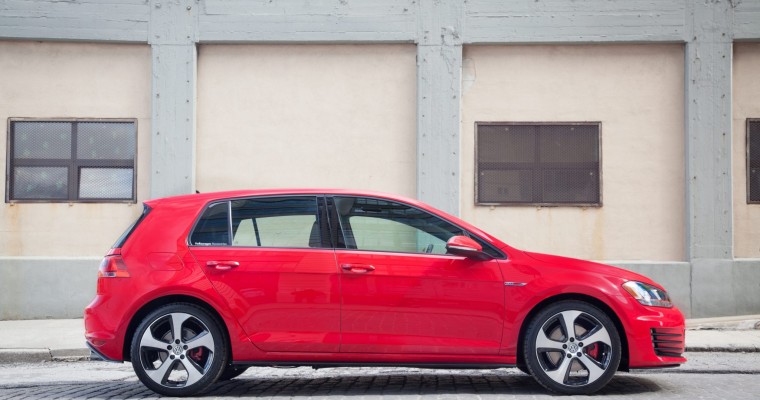 Come one, come all! If you’re looking for a 210-horsepower hot hatch that makes the most of German engineering, then you’re gonna want to read this. Volkswagen has announced 2015 Golf GTI pricing, which starts at a base MSRP of $24,395 for the S trim with the six-speed manual transmission and climbs to $30,695 for the […] 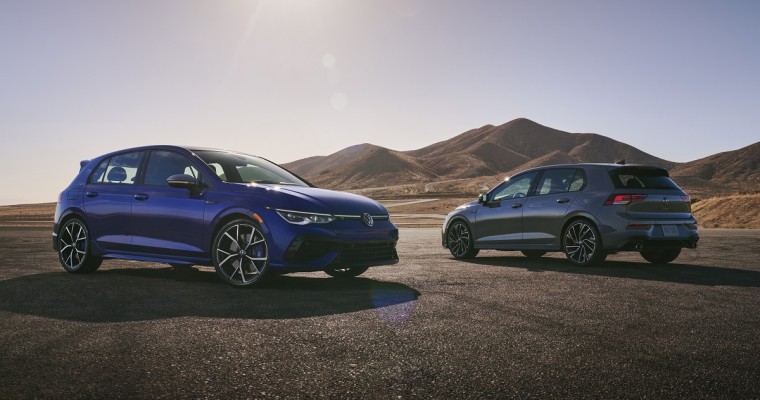 A lot has happened in the automotive industry in the last few months, so I wouldn’t be surprised if you missed some of it. For example, the Chicago Auto Show — which typically takes place every February — recently occurred, and Volkswagen unveiled the 2022 Golf GTI and Golf R. Another Option: Learn more about […] 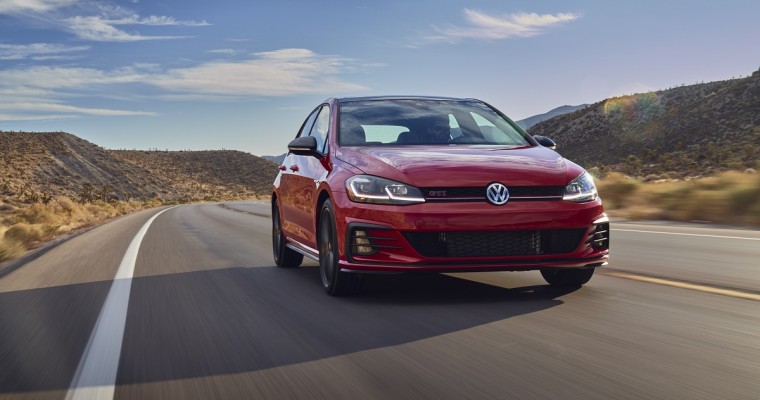 I don’t know about you, but I always look for the latest car reviews from… checks notes… Good Housekeeping? Not to worry, folks. The team at GH worked closely with the experts at Car and Driver to carefully craft its “Best New Family Cars” list. Among the 18 categories, the 2021 Volkswagen Golf GTI was […] 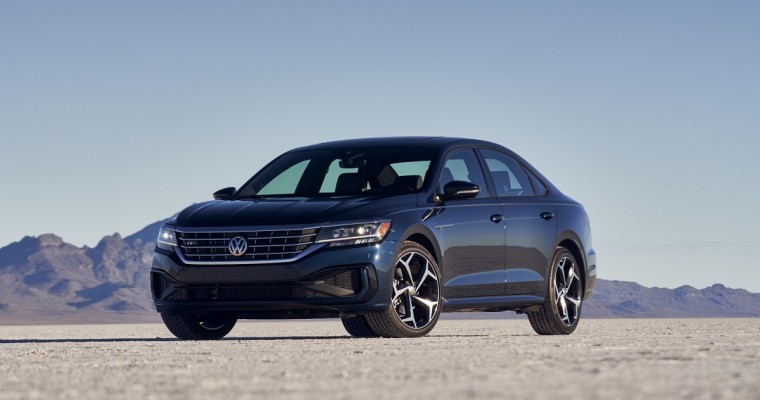 The Passat has been a part of the Volkswagen lineup since 1972, when it was referred to as the Passat B1. Although the model has changed quite a bit over the past 49 years, its value is improving. The 2021 Passat was recently recognized as the Kelley Blue Book 5-Year Cost to Own Award winner […] 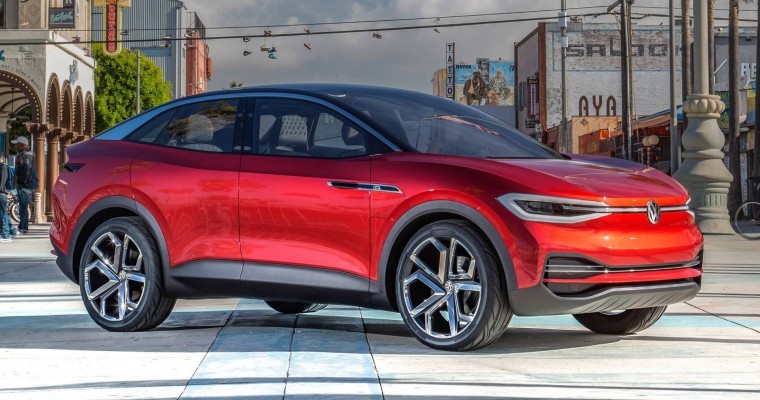 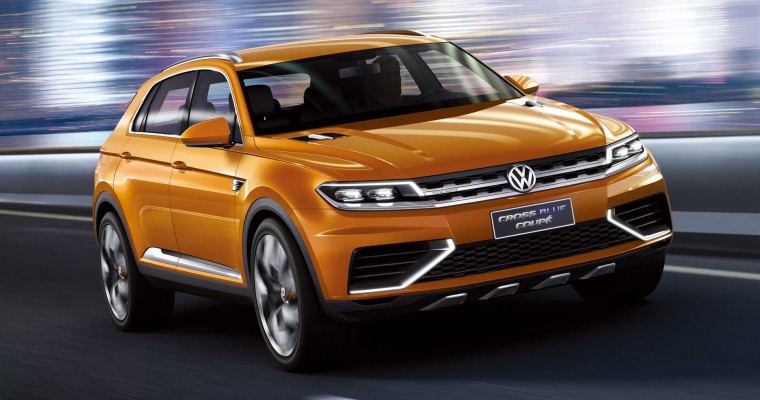 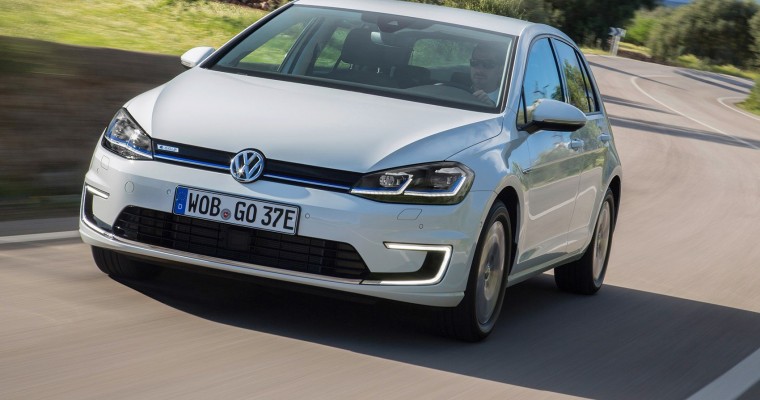 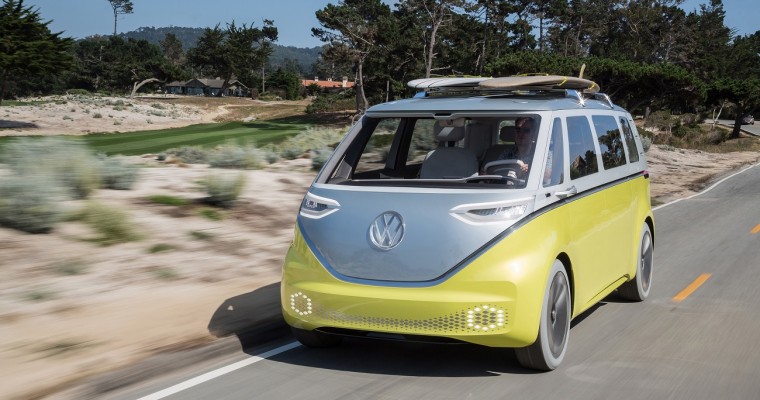 As the all-electric and self-driving vehicle markets continue to explode, Volkswagen is investing in companies that will help them own the future.

What We Know So Far About the New Volkswagen Golf 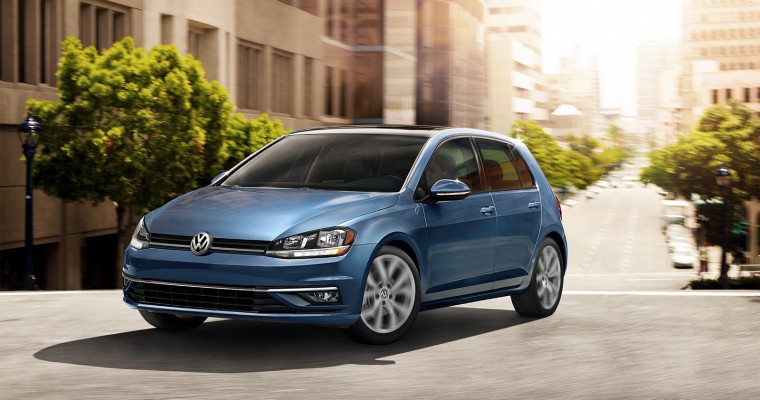 The Volkswagen Golf is a company classic, having been around since the 1970s. The nameplate has been used by Volkswagen for over 45 years, assuming different body styles and adapting to suit the needs and trends of the time periods it went through. Now it’s set to undergo its next makeover with the introduction of […]

The Volkswagen Beetle has Adorable Nicknames Across the Globe 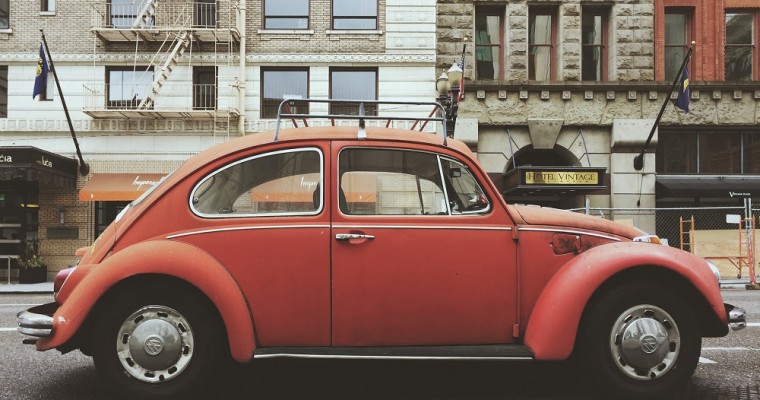 Lets have some fun with the adorable nicknames the Beetle managed to collect over the years.

Volkswagen Showcases a Collection of Exciting Concepts at SOWO 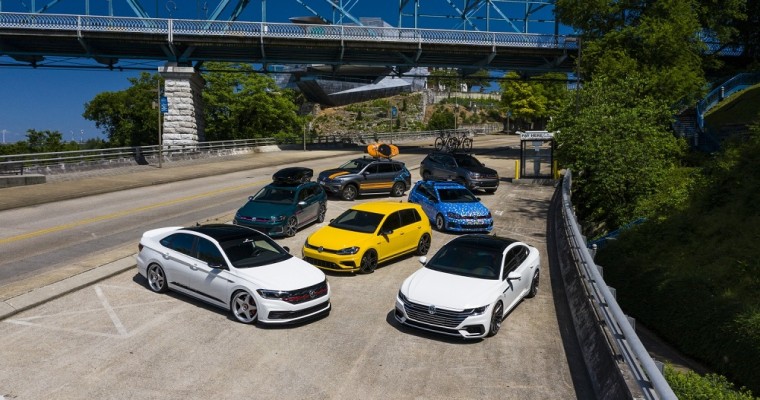 Every year, automotive enthusiasts gather in Savannah, Georgia, to see exciting new vehicles from a variety of European automakers. For 2019, Volkswagen showcased seven inspiring concepts at SOWO: The European Experience in mid-May. From a trail-ready Tiguan to a party-themed Golf GTI, VW brought something for everyone at the event. Volkswagen… Truck? The VW Tarok […] 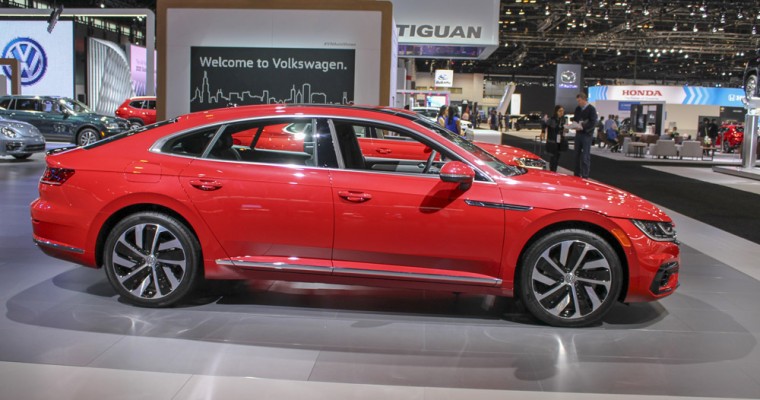 Volkswagen made a bold statement with its new 2019 VW Jetta GLI adopting the sporty characteristics of its Golf GTI at the Chicago Auto Show, laughing off the trend that sedans are dying. This was not the only car from VW vehicle that was present at the 2019 Chicago Auto Show however. It also showed […]